ACN estimates that over 15 million people are presently internally displaced in the 12 countries identified by ACN’s Religious Freedom in the World Report as suffering severe to extreme religious persecution in Africa. Large agricultural areas are emptied as people run for their lives from profit driven mercenaries incited by extremist preachers and armed by transnational terrorist groups.

Mark von Riedemann, Editorial Committee Chairman of the Report published by the pontifical foundation ACN shares more about these pressing issues in an interview with Maria Lozano.

20th June is the UN designated World Refugee Day. A principal concern, as identified in ACN’s recently published Religious Freedom Report, is the relationship between Islamist extremism and internally displaced persons in Africa. Is there a clear relation between these issues?

According to the latest information released by Aid to the Church in Need’s worldwide Religious Freedom Report published in April 2021, faith groups in 26 countries around the world suffer from serious to severe levels of persecution. Almost 50 percent of these – 12 countries – are in Africa.

Although many factors are involved, a significant concern is the extraordinary growth of local and transnational jihadist groups, which systematically persecute all those – Muslims and Christians – who do not accept their extreme Islamist ideology. According to a January 2021 report by the Africa Center for Strategic Studies, there was a 43 percent spike in militant Islamist group violence in Africa in 2020. The almost 5,000 reported events linked to these groups represent a record level of violence. The resulting movement of populations fleeing the violence, whether as internally displaced persons (IDPs) or as refugees to neighboring countries, is of great concern.

As an example, in 2020, in Mozambique’s Cabo Delgado province alone, incidents of Islamist extremist violence rose 129 percent with over two-thirds of the attacks targeting civilians. Today, according to the International Organization for Migration, there are more than 730,000 IDPs in Cabo Delgado, Niassa, Nampula, Zambezia and Sofala Provinces as a result of the conflict. The insecurity continues to expand in scale, scope and complexity. 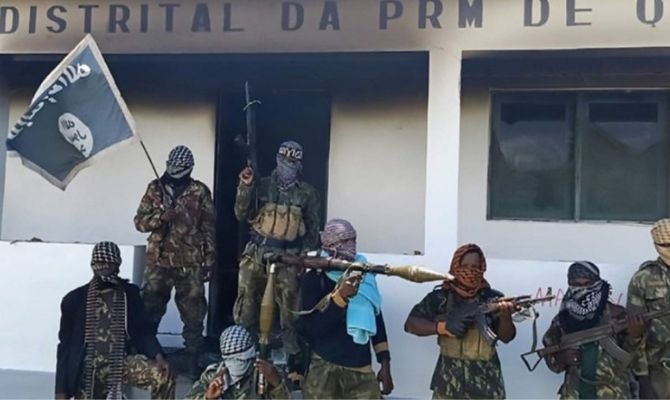 Who are these jihadist groups?

The militants, in many cases, are profit-driven mercenaries or local fighters pursuing local interests. These, however, incited by extremist preachers and armed by by transnational terrorist groups, begin to target state authorities, the military and the police, as well as civilians – including village leaders, teachers (who are threatened because of the secular curriculum), moderate Muslim and Christian faithful.

The violence is often unimaginable. In the Cabo Delgado province of northern Mozambique, in early November 2020, fifteen boys and five adults were decapitated with machetes by Islamist militants during an initiation rite for teenage boys. These massacres followed an earlier mass attack in April 2020, in which an estimated 52 men were killed after refusing to join the ranks of the jihadists. As you can imagine, the ferocity of the violence and resulting insecurity has forced whole populations to flee.

How many are internally displaced and how has ACN drawn this relationship between religious persecution and IDP’s?

Cross-referencing information from the Internal Displacement Monitoring Centre, the Global Report on Internal Displacement and the International Organization for Migration’s Displacement Tracking Matrix, a recent ACN study estimates that over 15 million people are presently internally displaced – the majority in the 12 countries identified by ACN’s Religious Freedom in the World Report as suffering severe to extreme religious persecution in Africa.

The social, economic, political and religious consequences of this displacement for Africa, and the international community, are considerable, and without any action, worse is to come.

What do you see is the most serious problem resulting from this persecution and terror?

Perhaps the most immediate concern is famine. According to the UN, 30,5 percent of West Africa’s economy is agricultural, providing the largest source of income and livelihood for 70 to 80 percent of the population. The majority of IDP’s are from these rural communities, farmers chased off their land by attacks from Islamist militants and terror groups. The impact of the violence is not only the destruction of infrastructure, the loss of livestock and the displacement of farmers from their farms, but moreover – due to the insecurity – their inability to return to harvest. Combined with the increases in food prices resulting from the COVID 19 pandemic, these portend a near future man-made famine in many of these countries. According to the Africa Center for Strategic Studies, in Mali and Burkina Faso alone extremist violence has already created increased food insecurity affecting over three million persons. 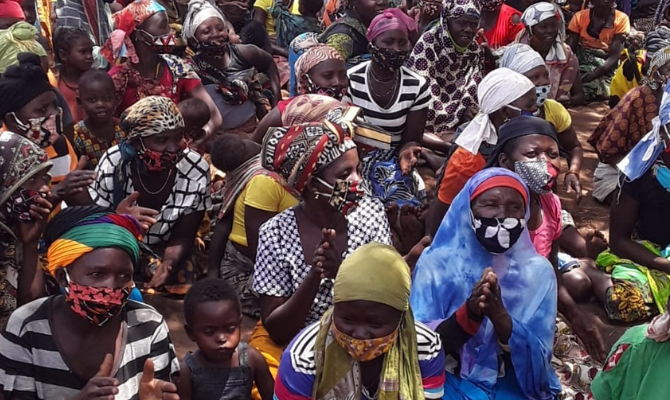 If left unchecked, the cycle of violence, displacement, and famine will continue to degrade provoking further long-term consequences including deeper intercommunal rifts, economic decline, political instability and the destruction of the region’s traditional religious pluralism. This last concern is especially true in areas where Muslims and Christians live side by side. Although Muslims and Christians are equally victims to extremist violence, with the growing Islamist radicalisation, Christians tend to increasingly become a specific target for the terrorists, eliminating the characteristic and religious pluralism – and harmony – of the territory. Frustrated by the grinding poverty, young people vulnerable to extremist recruiting will continue to be drawn to the lure of wealth and power thus prolonging the crisis. The combination of these factors will, in the end, force the international community to react – not least out of self-interest resulting from the ever increasing intra-African migration as well as international emigration. We just hope, by this point, it will not be too late for the local populations to regain long-lasting peace.

Which countries are most affected by this?

Although one of the worst situations according to the Office for the Coordination of Humanitarian Affairs (OCHA) is the Democratic Republic of Congo with nearly 22 million people now acutely food insecure (the highest number in the world), an area of great concern is Burkina Faso due to the extreme nature of the violence and rapid growth in IDPs. According to the OCHA, it is the world’s fastest-growing displacement crisis. In just two years over a million people have been forced to flee their homes and between January 2020 and January 2021, those in need of humanitarian assistance have increased to 3.5 million – a 60 percent growth in one year.