Menu
Menu
Home > About us
Donate

The roots of Aid to the Church in Need go back to the period following the Second World War. Europe lay in ruins, with millions of people displaced, traumatised, homeless and plagued by hunger. Among those suffering most were German-speaking refugees from Central and Eastern Europe.

In this time of great need, Father Werenfried van Straaten founded – at the behest of Pope Pius XII – the organisation Aid to the Eastern Priests (“Ostpriesterhilfe”) at the Premonstratensian monastery in Tongerlo, Belgium. This later became the papal aid organisation that we know today as Aid to the Church in Need.

As a pastoral initiative to provide spiritual and material support to priests and German Catholics who were expelled from Central and Eastern European states after the Second World War, our organisation operated in the spirit of reconciliation from the very beginning.

One of the first steps it took was to organise food and clothing for war refugees in Germany, as well as providing them with pastoral care. Initially the task seemed nearly impossible – especially considering that those from whom donations were sought were themselves victims of the German war occupation in Belgium and the Netherlands. However, with passionate calls for reconciliation and brotherly love, Father Werenfried succeeded in bringing about a wave of charity. 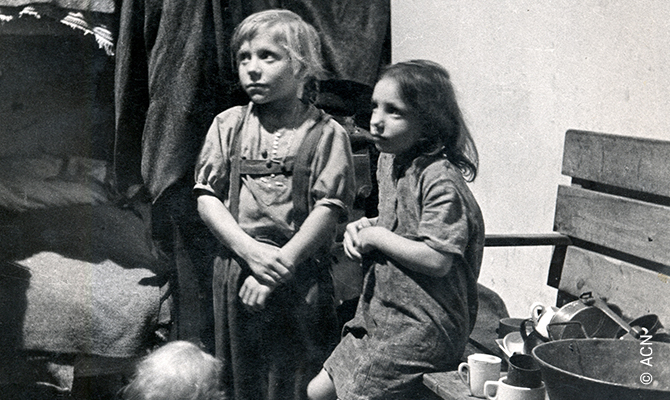 It was above all our aid organisation’s highly original projects that thrust it into the spotlight. For instance, it dispatched “rucksack priests” on motorcycles and in VW Beetles to German Catholic diaspora areas to provide pastoral care for the displaced people there. 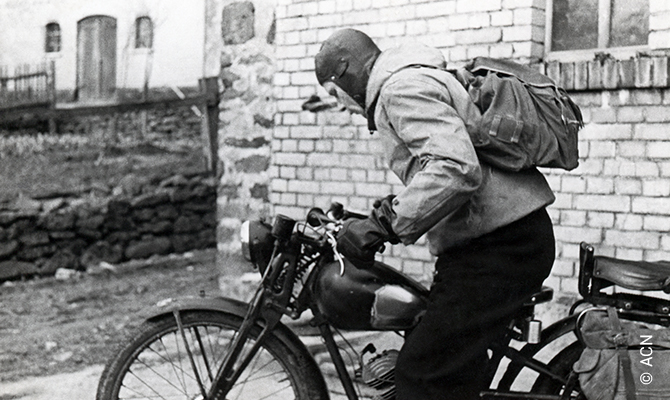 In 1950, we also started the “chapel truck campaign”, converting 35trucks into “chapels on wheels” for displaced people. Our aid organisation repeatedly demonstrated its ability to meet excep-tional challenges through successful projects. During the Cold War years, for example, we undertook unparalleled steps to protect the interests of the persecuted Catholic Church in the Iron Curtain countries. In the 1960s, our aid programmes were extended to Africa, Asia and Latin America.

The camaraderie among the staff and volunteers is simply wonderful, and this itself makes our job all the more worthwhile. 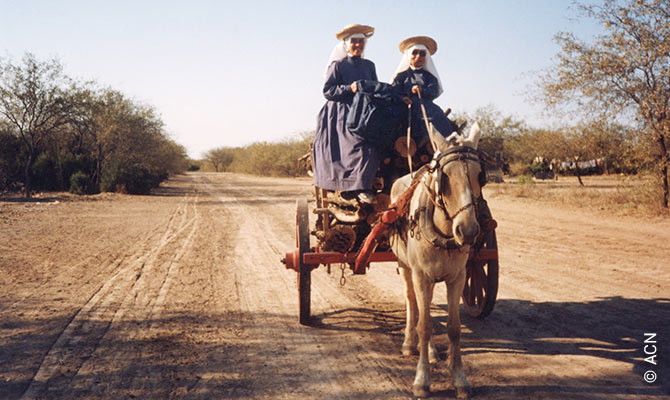 Thanks to the hundreds of thousands of benefactors of Aid to the Church in Need, annual donations worldwide now total over 122 million euros. This story proves once again how faith, when put into practice, leads to charity.

A Pontifical Foundation with worldwide reach

There are numerous charities that look after those in need. What distinguishes Aid to the Church in Need from these organisations? We are the only international Catholic organisation focusing on the pastoral and spiritual support of persecuted and suffering Christians.

Following our inclusion under the Vatican’s umbrella, our General Secretariat in Germany and our 23 National Sections have been successful in building a unique bridge between benefactors and those in need.