Behind the Catholic Radio & Television Network (CRTN) is a modern production studio specialising in reports and documentaries on the Catholic Church in remote areas. The broadcasts primarily serve to support the propagation of faith and promote solidarity with the suffering Church. Additionally, they further publicise the work of Aid to the Church in Need. Through our network, we are able to provide productions to TV and radio stations around the world. In 2021, the studio produced 228 TV and radio programmes in all language versions, which were then broadcast on 171 TV and 475 radio stations.

CRTN is a production and media service that is globally unique in the Church.

In addition to documentary films and interview broadcasts such as “Where God Weeps” and “Donde Dios Llora”, we were able to produce a considerable number of short films for special ACN fundraisers.

The significance of spreading the faith through radio and television takes on an important role, especially in non-Christian areas. The best example is in the Middle East, where there are more than 600 Muslim television channels, but only two Christian ones. Aid to the Church in Need oversees the establishment of Catholic radio and television stations here and supports the required training of staff members, thereby ensuring that they are professionally qualified. 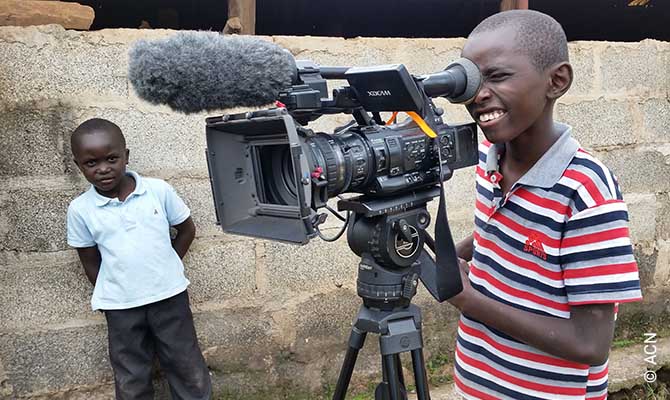 CRTN achieved record distribution in 2021 with documentaries alone; programmes were transmitted by 171 television stations worldwide. The short film “Lord, Grant Us Peace”, which portrays the situation in Nicaragua from the point of view of young Catholics, was honoured with the “Award of Merit” in the short film competition “Best Shorts Competition”. The film was directed by Francisco Alday.

In addition, we have compiled a web catalogue containing 507 productions. In 2021, 322 producers and 175 television stations used this service, which is unique in the Church. A CRTN newsletter, a CRTN Facebook page with 12,500 followers and the CRTN YouTube channel round off our media service.