Menu
Menu
Home > No Christmas lights for Aleppo this year, but hope is in big supply
Donate
Menu

Bright and celebratory lights used to be a staple of Christmas decorations in Aleppo before the beginning of the Civil War, but the soaring price of electricity in the city makes such things seem like a luxury now.

According to the Maronite Archbishop of Aleppo, Joseph Tobji, Christmas this year will be a more somber affair than it used to be before the fighting started.

“Before the war in Syria, Christmas was a big and very beautiful celebration. The decorations, the lights, all these things provided a very nice atmosphere. But now we are lacking so many things, electricity, petrol, so many things that contribute to making life a little easier”, says Archbishop Tobji, adding “there will always be some external decorations, there always will be, because it’s Christmas, after all, but not like it was before the war.” 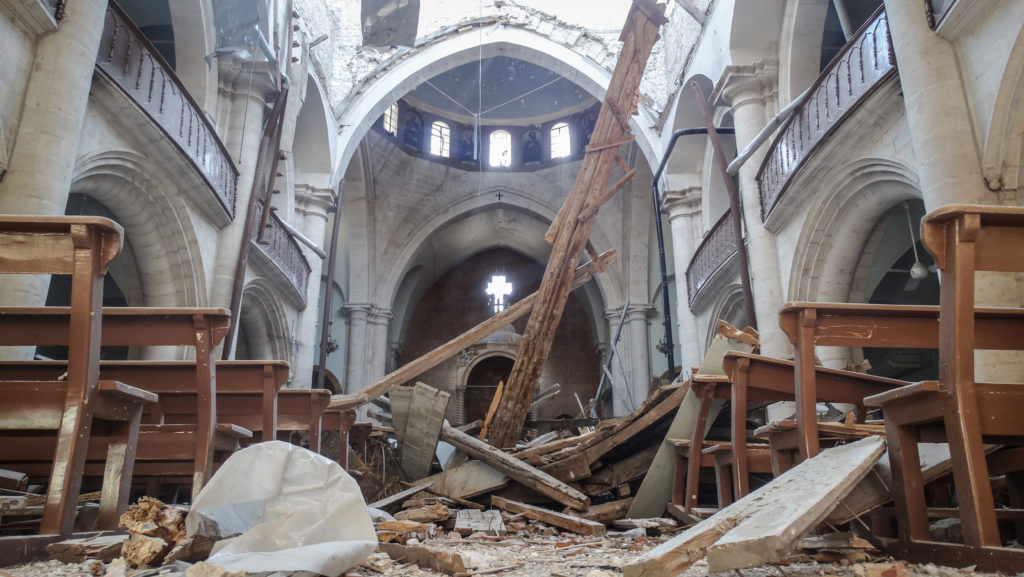 “People in Syria don’t think about such things because they are suffering so much on the inside, and you can’t be suffering and celebrating at the same time. However, in our pastoral mission we try to provide some joy, some hope to our youth, to our families, and the children, distributing some gifts to make Christmas a little more joyful”, says the Archbishop.

While fighting continues in the regions bordering Turkey, where rebels backed by Ankara still dominate some land, peace has returned to most of the country.

“When we still had bombings it was worse in terms of safety, you couldn’t go out in the streets, we couldn’t have Midnight Mass, for example, so from that point of view it was worse than it is now. Now we can go out in safety”, says the leader of the local Maronite Church, during a visit to the international headquarters of pontifical charity Aid to the Church in Need.

“However, the paradox is that if you ask anybody about the situation now, they will tell you that it was better during the bombings. When you live in a state of poverty, everything is depressing, and people will say that they were happier during the bombings”, he adds.

He clearly remembers the time when his own cathedral was gutted by an explosion. When Aleppo was cleared of anti-regime rebels, in December 2016, with the community’s main church in ruins, it was the Maronite youth who provided the energy to pick up and move on. 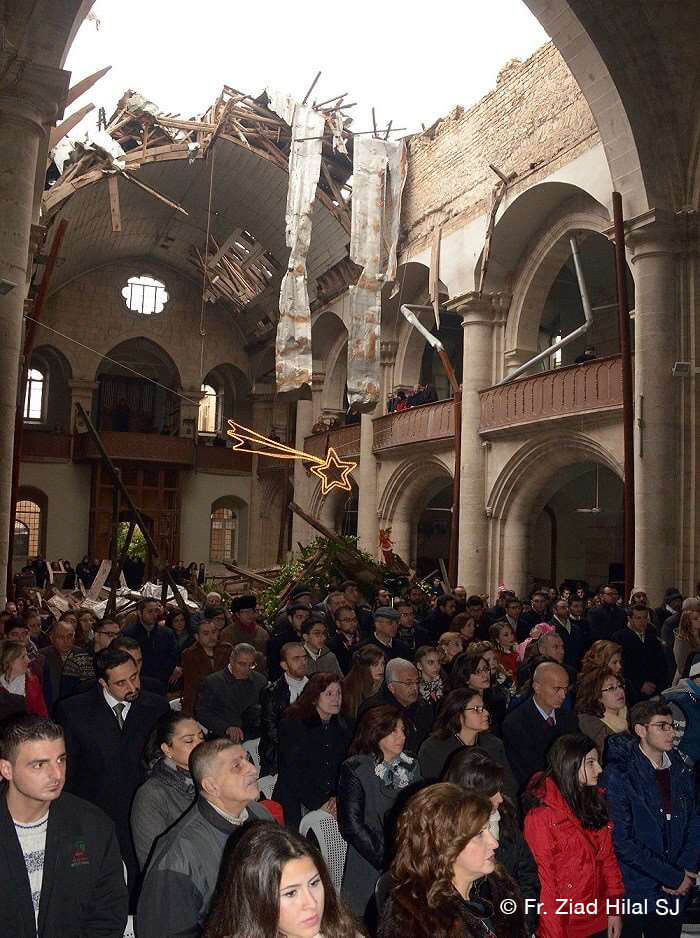 “We had thought it would be impossible to celebrate Christmas only 10 days after the liberation of Aleppo, but it was the youth who insisted. They set up the nativity scene in the ruins and that Mass was historic.”

Five years later, Mass will again be held in the Cathedral, now it has been restored with funding from ACN. A Christmas present for the whole Church, in the opinion of the Archbishop. “I thought it was done, destroyed, how could it be restored? It took a lot of effort, and slowly, slowly, the Lord gave us the grace of giving us a new Christmas.”

The war destroyed many things in Syria, but it was not able to ruin the good relationship that continues to exist between different religious communities. Muslims continue to visit their Christian friends and neighbours during Christmas, and Christians do likewise on Muslim feasts. As for the Christians themselves, even though they are divided into nine different communities, the celebration of Christmas is a unifying factor.

For the Christians of Aleppo, therefore, the restoration of the Cathedral is a symbol of the hope that Archbishop Joseph Tobji and other bishops try to instill in their faithful. “Everything is going badly, so how can we tell people that they are ok? There is no sign that things are going well. The only sign is the Lord, He is the Lord of History, the Lord of Life and Death, of all. Therefore, if he gives us Grace, then all is well. We must help each other, there is no need to worry about the future. We place ourselves always in the hands of the Lord. He gives us what we need in each moment, and what we need now is conversion, to bear each other’s crosses, life isn’t always full of joy and happiness, so that is the way it is, and we endure it, but with hope.”

ACN has been supporting Christians in Aleppo since the beginning of the war, and the Archbishop stresses his thanks for this aid, which also helps give hope to the community. “We are very grateful, very grateful, to all our benefactors who have helped us through ACN. Without this support I don’t think Christians would have been able to resist in Aleppo until now, we would not have known what to do.” 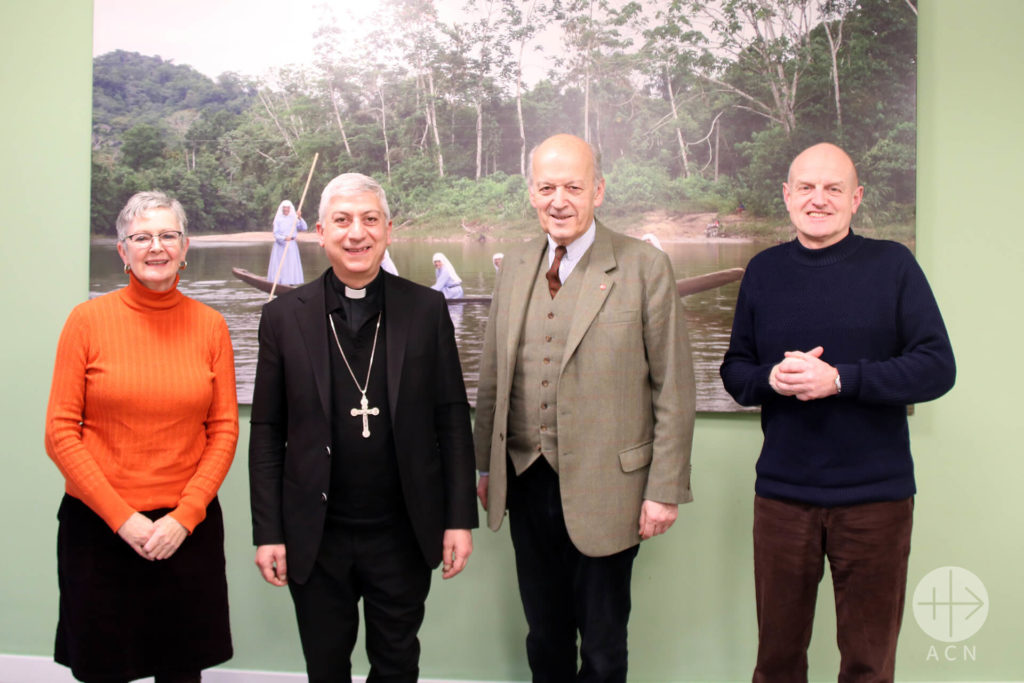 “Thank you so much, thank you to all who have helped, even if only with one euro, thank you from the bottom of our hearts!”, says Archbishop Tobji.