The pontifical foundation Aid to the Church in Need has launched a Christmas campaign to support refugees and internally displaced people (IDPs) in Africa and the Middle East. Through its partners on the ground, it is attending to the basic needs of mostly Christian families, providing shelter, and seeing to the education of children and young adults.

As we approach Christmas, more than 84 million people worldwide are forcibly displaced. This year Africa recorded the highest increase in IDPs, and Syria remained the country from which the greatest number of people has been forced to flee. It is in these regions of greatest need that ACN is concentrating its efforts. 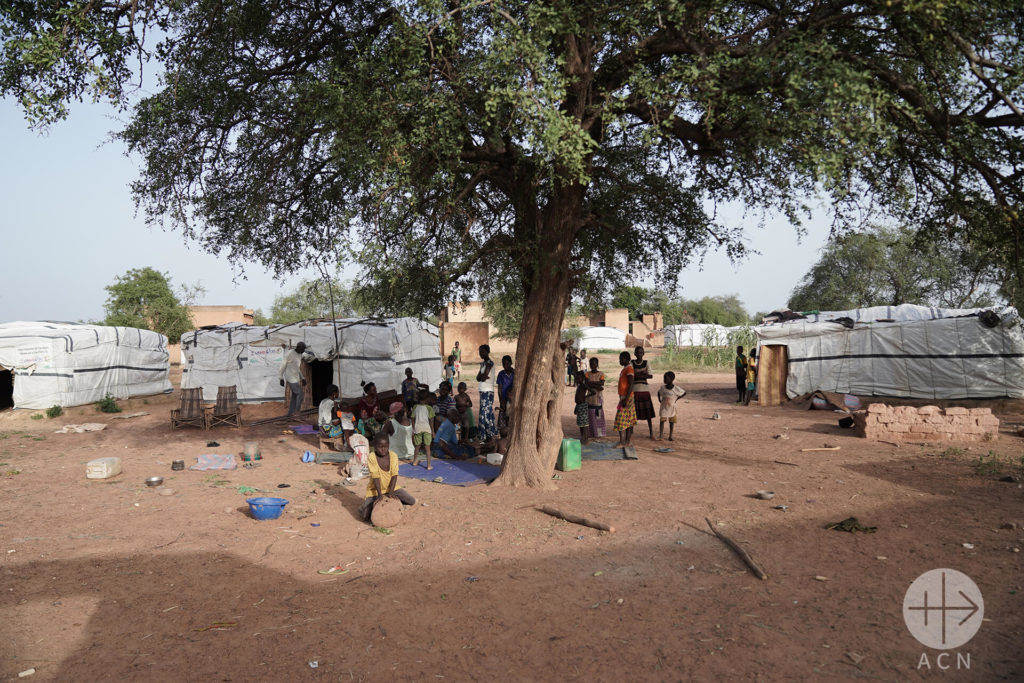 Bartholomew Sawadago from Burkina Faso fled on a bicycle after jihadists attacked his church during Sunday Mass, killing the priest and five parishioners. He and his family found safety 195km away, but now lack proper housing and food. The number of IDPs in the country increased to 1.4 million by December 2021. ACN local partners are providing pastoral care, meals, and schooling for the children.

Because of insecurity, priests, religious sisters and catechists in most parishes in this country can no longer go to villages in this country to celebrate Mass and provide catechesis. Pastoral activities are almost completely suspended. This makes radio the primary way of communicating with the population, especially in rural areas. Fr Victor Ouedraogo, Director of the Diocesan Communication Centre at Notre Dame du Sahel in Ouahigouya, explains: “It is important to spread messages that can calm hearts, reconcile communities and foster social cohesion. The broadcasts will allow Christians and the entire population to hear the call of religious leaders to tolerance and living together in peace. It will also enable the Catholic faithful to hear the Gospel and church teachings despite the difficult context.” The production of radio programmes is another concrete example of the projects that ACN has decided to support with its Christmas campaign.

Mozambique has also witnessed the ravages of Islamic extremists, and in Pemba Fr Edegard Silva is one of the priests supporting people forcibly displaced. With the arrival of more than 800,000 refugees from the north of the country, the parishes of Pemba have accumulated a very large number of displaced people. Among them is 52-year-old Francisco, whose son was among the 3,300 people killed by the jihadists. Francisco has been able to start a small business selling soap. Through the Christmas campaign ACN aims to support other IDPs in Pemba with courses in various kinds of income-generating activities to create new opportunities through the establishment of cooperatives and small associations between local and displaced people. 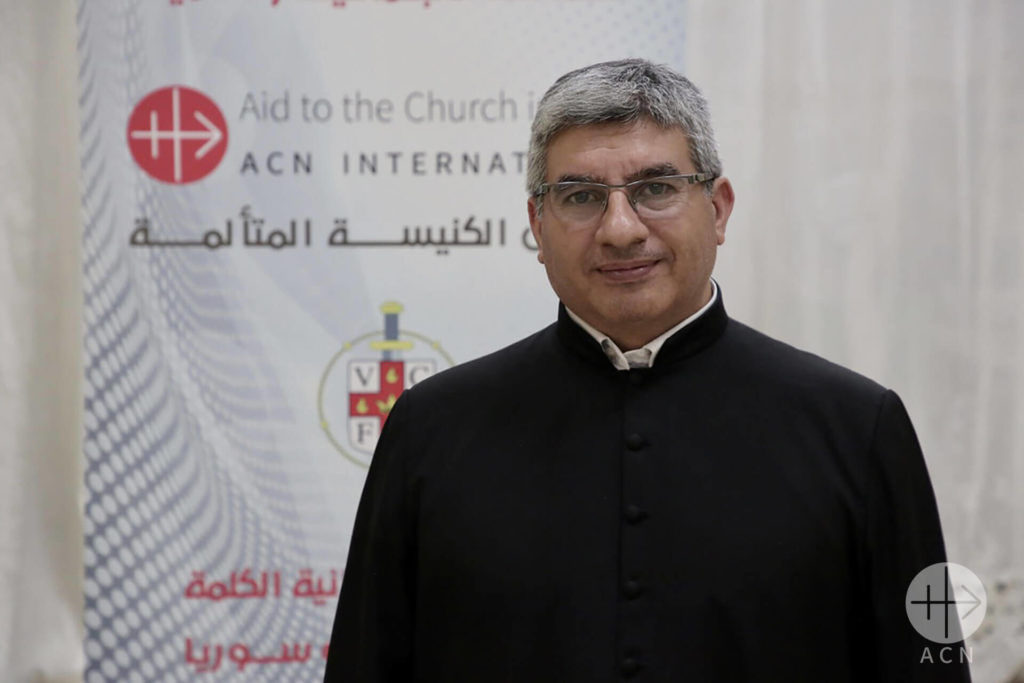 In Syria ten years of civil war have left the people traumatised. Many have suffered the cruelty of Islamist groups who have stolen their property and possessions. Health services have broken down and fear is rampant. The elderly, the disabled and the sick suffer from the effects of international sanctions. “It was from here, from Syria, Palestine, Jordan and what is today Israel, that the first Christians came,” says Fr Hugo Alaniz, an Argentinian missionary priest who has been bringing healing to displaced people in Aleppo. “I believe that it is an obligation for us, as a Church, to help the Christians of the Middle East, because it is thanks to them that we came to know the Gospel message.” 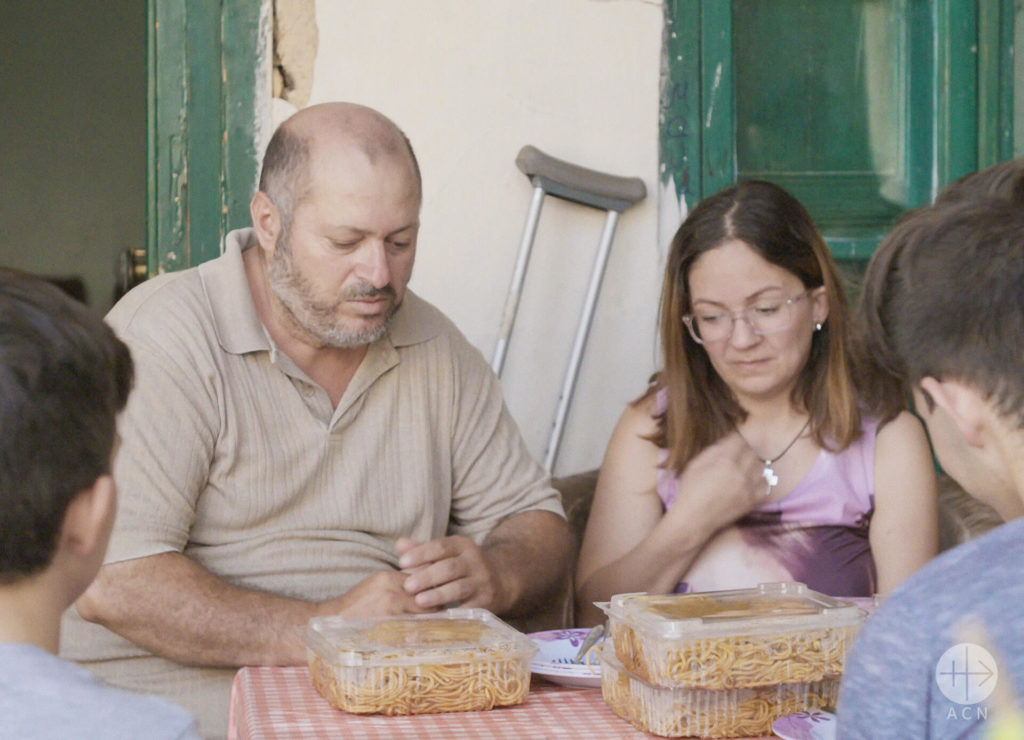 Many Syrians, like Majed and his parents, have fled as refugees to Lebanon, where local parishes are providing pastoral care, housing and medicine through the support of ACN. “Dad says that as a child I became a refugee like baby Jesus,” said Majed. “When there is nothing to eat, we go the place where we receive meals from the Church.”

There are many layers to the suffering of displaced people: grief, disorientation, loss of privacy and self-esteem, the break-up of family and faith community, tiredness, hunger and cold. In all of this, the helping hands and the active charity of ACN’s partners mean the difference between starvation and survival, and between despair and hope.

Through the support of donations received during the Christmas campaign, priests and sisters will be able to help displaced people and refugees in many countries with essential material support and the consolation of faith. They can even provide small Christmas gifts to bring joy to the hearts of the children.