Menu
Menu
Home > Lviv: “The Holy Father is present in Ukraine. He is suffering with you.”
Donate
Menu

Papal envoy visits refugees on the premises of the seminary

“There is a lot of coming and going here. Thousands of refugees arrive every day,” reports Father Wladyslaw Biszko in conversation with the international foundation Aid to the Church in Need (ACN). The priest leads a pilgrim and retreat house in Lviv, on the same premises as the Roman Catholic seminary. Since the start of the war, the buildings, which were constructed largely through the support of ACN, have been used as a camp for refugees from all over Ukraine and last Wednesday was visited by the envoy of Pope Francis, the Polish Cardinal Konrad Krajewski. 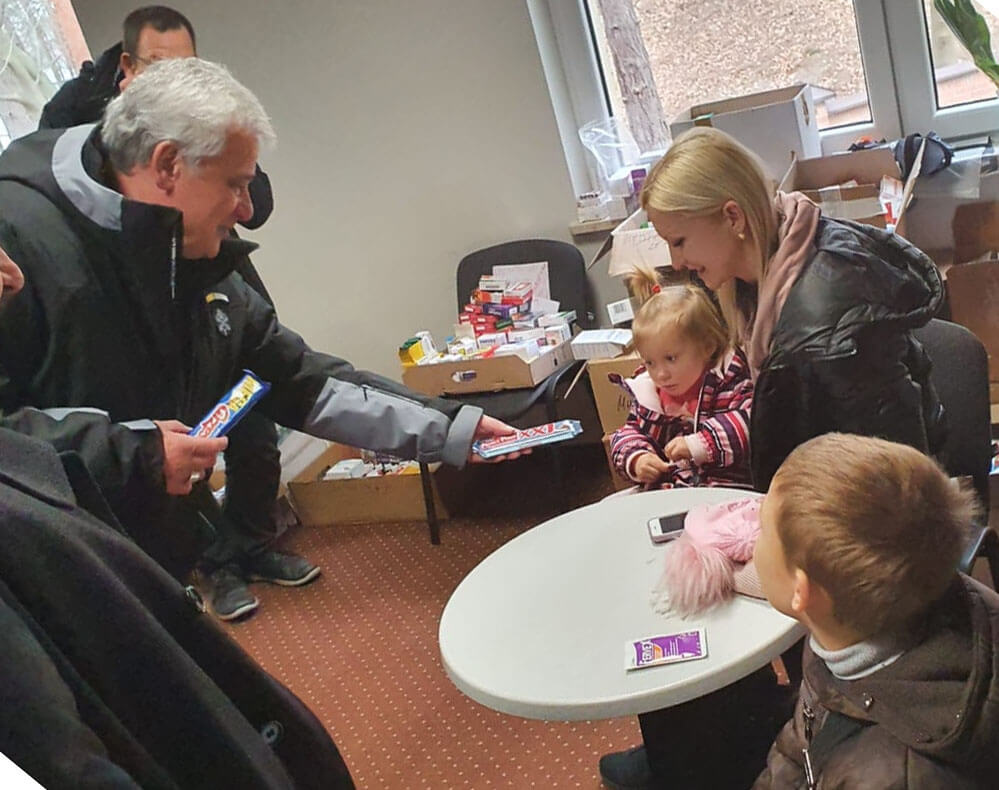 “We don’t ask about religion”

The house is open to everyone seeking refuge, explains the priest. “We don’t ask about religion. However, people should know that they are in a Catholic centre. We pray before meals and have devotions every evening, which are well received.”

“About 120 people live here all the time,” reports Fr Biszko. “They are simply waiting to see whether they can go back to their houses.” It’s mostly a case of mothers with their children or elderly people who don’t want to leave their homeland – at least not yet. The people are sleeping in every space available, including on the ground in the conference rooms. 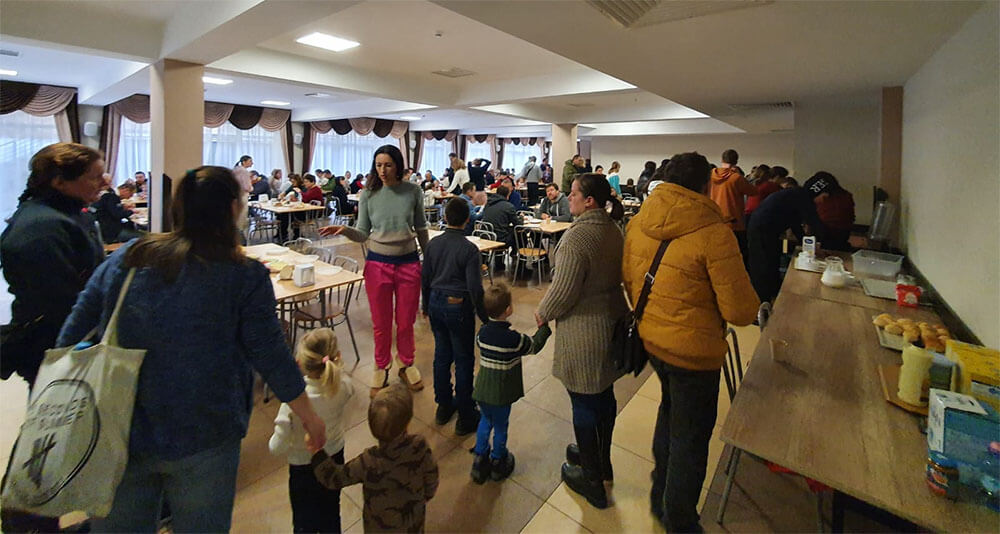 Thank you to everyone who is showing their love towards Ukraine

As the envoy of Pope Francis, Cardinal Krajewski has been in Ukraine since Tuesday and is seeking to strengthen the Church’s relief work. “The Holy Father is present in Ukraine,” he said during his visit, “although he is in the Vatican. He is suffering with you. The Pope is experiencing the way of the Cross which you in Ukraine are walking.”

The Cardinal, who as the Pope’s almoner is responsible for distributing charity in his name, highlighted the fact that after the beginning of the war Pope Francis visited the Russian ambassador to the Holy See to appeal for “compassion and peace”. Normally it is the Pope who summons ambassadors. The pontiff is advocating for peace “in every imaginable way,” said Cardinal Krajewski. “At the same time the Pope is grateful to everyone who is showing their love towards Ukraine.”

In response to the outbreak of war in Ukraine Aid to the Church in Need is sending an aid package which currently amounts to 1.3 million euros. The money is for priests and religious, who are working across the country in parishes, with refugees, in orphanages and homes for the elderly. The foundation is also appealing for prayers for peace in Ukraine.