The Psychiatric Hospital of the Cross is a Catholic non-profit facility in Beirut that the economic crisis has brought to the verge of collapse. Since its establishment over sixty years ago it has been taking care of the most abandoned people but is now at risk of closure for lack of secure funding. 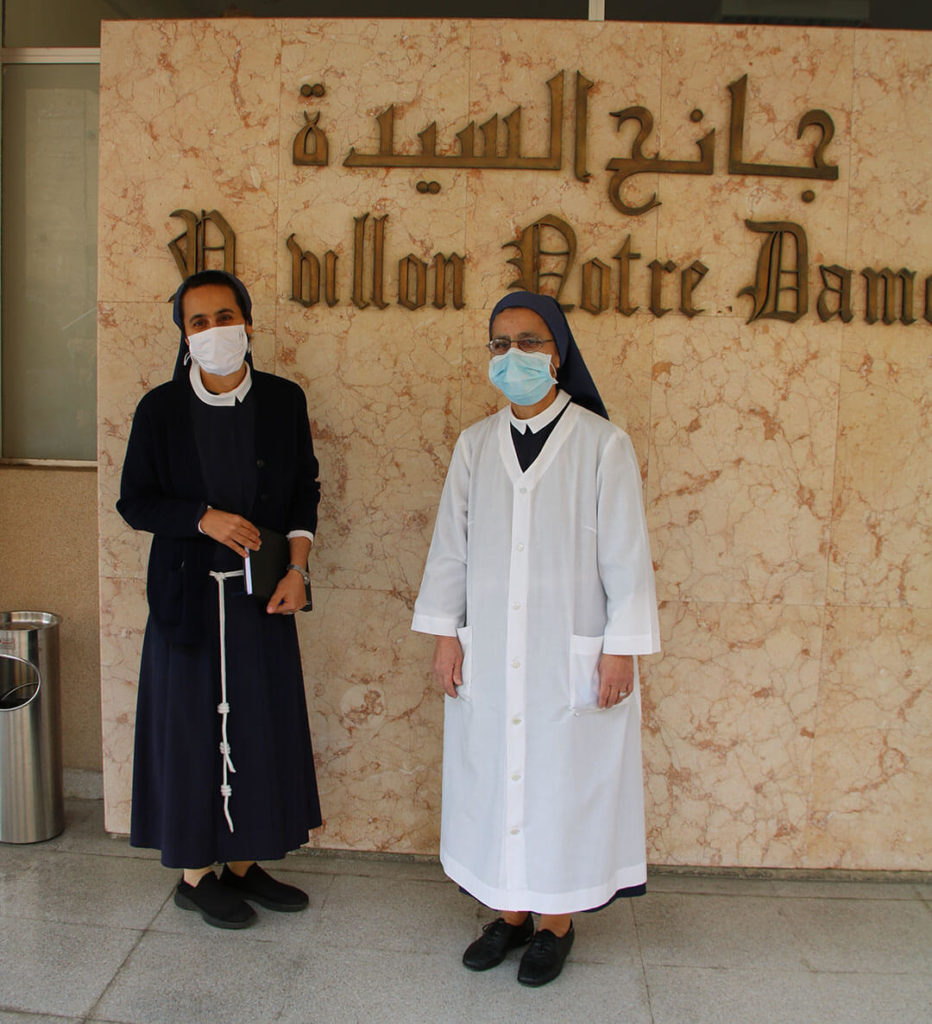 Situated in the heights of Beirut, from where the port wreckage can be seen, the Psychiatric Hospital of the Cross accommodates 800 patients suffering from various mental illnesses. All of them need specific and permanent assistance. The hospital is a large compound with several buildings and employs over 300 people, including doctors, nurses and administrative staff.

The facility was founded in 1952 by Blessed Father Jacques Haddad, a Lebanese Capuchin priest who died in 1954 and was beatified in Beirut on June 22, 2008. Its establishment was linked to a project Father Haddad had launched in the aftermath of World War I to care for the many disabled and mentally ill people, often children, abandoned by their families. The Lebanese Capuchin founded the Hospital of the Cross and, in 1930, the Congregation of the Franciscan Sisters of the Cross of Lebanon.

Following the footsteps of their founder the Franciscan nuns now manage 25 medical, social, or educational centres throughout Lebanon. The Psychiatric Hospital of the Cross is one of them. From its outset, the institution has dedicated itself to supporting the most disadvantaged. 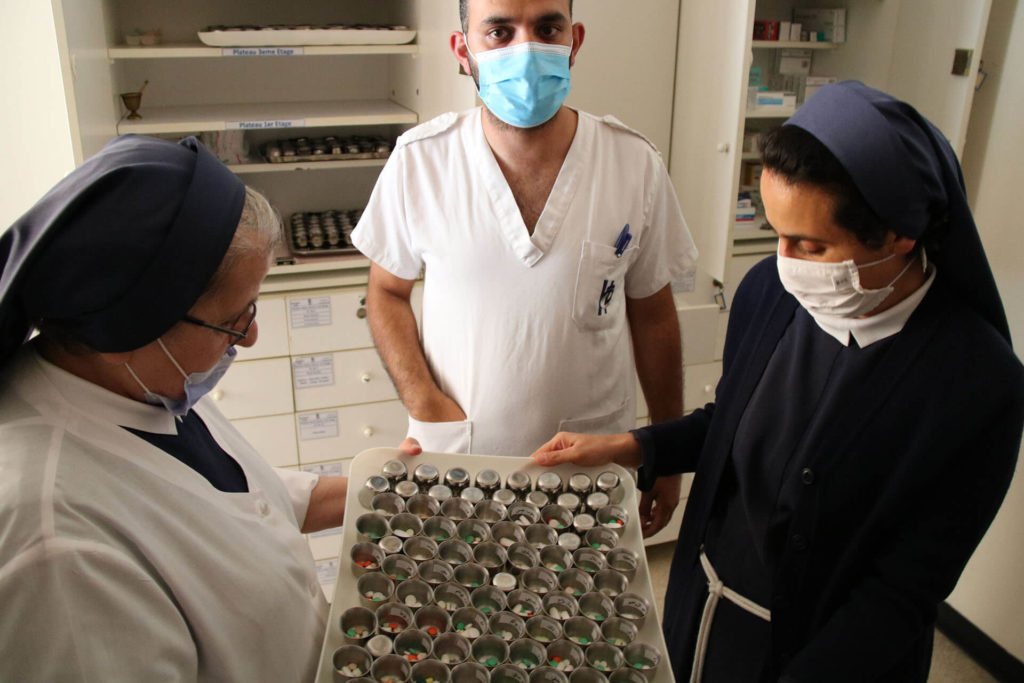 Recently, the 65 nuns, including the hospital’s director, Sister Jeanette, received a visit from a delegation of the pontifical foundation Aid to the Church in Need (ACN). Along with other organizations, ACN supports and funds projects that allow the facility to continue caring for its patients. The economic crisis has put a strain on the establishment, which currently lives on its reserves and, without international solidarity, would only survive a few months.

The hospital is in desperate need for money to pay its staff, feed its patients, buy expensive drugs, the prices of which has more than tripled due to the devaluation of the Lebanese Pound. In addition, with electricity running only one hour a day, the hospital runs generators at full speed which require fifteen tonnes of fuel each week, with one ton costing over 700 US Dollars.

Following the Coronavirus outbreak the hospital has been forced to reduce its capacity from 1,000 to 800 beds. Before the COVID-19 pandemic, the State contributed with subsidies amounting to USA$ 2 per patient, that is a total of $ 2,000 per month. Although the sum was minimal and insufficient, it represented a regular income. However, since Summer 2020 the hospital has not received any public funds at all. In this context, the only solution for the Congregation is to appeal for international funding without which the Psychiatric Hospital of the Cross would be forced to close. This would be catastrophic for its patients.

Abandoned and without a family

When ACN met her in Beirut, Sister Jeanette explained that if the hospital were to close, most of the patients would end up in the streets. “Many no longer have families,” she said. Even worse, many families abandon their children in the hospital leaving false names, addresses and phone numbers. Unfortunately, the nun said, this often happens in the most serious cases. However, she assured that, should funding not arrive and the establishment be forced to close, she would do her best to make sure are not abandoned to their plight.

The nursing staff, who, like the overwhelming majority of Lebanese, have not been spared by the crisis, obviously want to continue their work. Nurses are often the patients’ only contact with the outside world. Foutine, a young woman nurse, highlights the suffering of many patients in the hospital. She said she considers her job a “calling”, and she refuses the idea that the facility might close for lack of funds.

Neither Foutine, nor her colleagues, many of whom are “surrogate” families for these children, can imagine having to abandon them.

Democratic Republic of the Congo |
16 May, 2022
Pope is coming to encourage reconciliation, says Congo bishop
"This is Saint Peter coming to us. He comes as a shepherd, to confirm us in the faith, and we feel very blessed by his visit”, says Bishop Bodika about the Pope's visit....
Ukraine |
16 May, 2022
Ukraine: Emergency support for 144 religious sisters in Lviv
Ukrainian refugees have been forced to flee their homes. In the Archdiocese of Lviv all the women‘s religious communities have offered help....
Nigeria |
13 May, 2022
NIGERIA: Christian student stoned and burned to death in Sokoto
Terrible murder of Christian student, Deborah Yakubu, stoned and subsequently burnt to death in northern Nigeria....