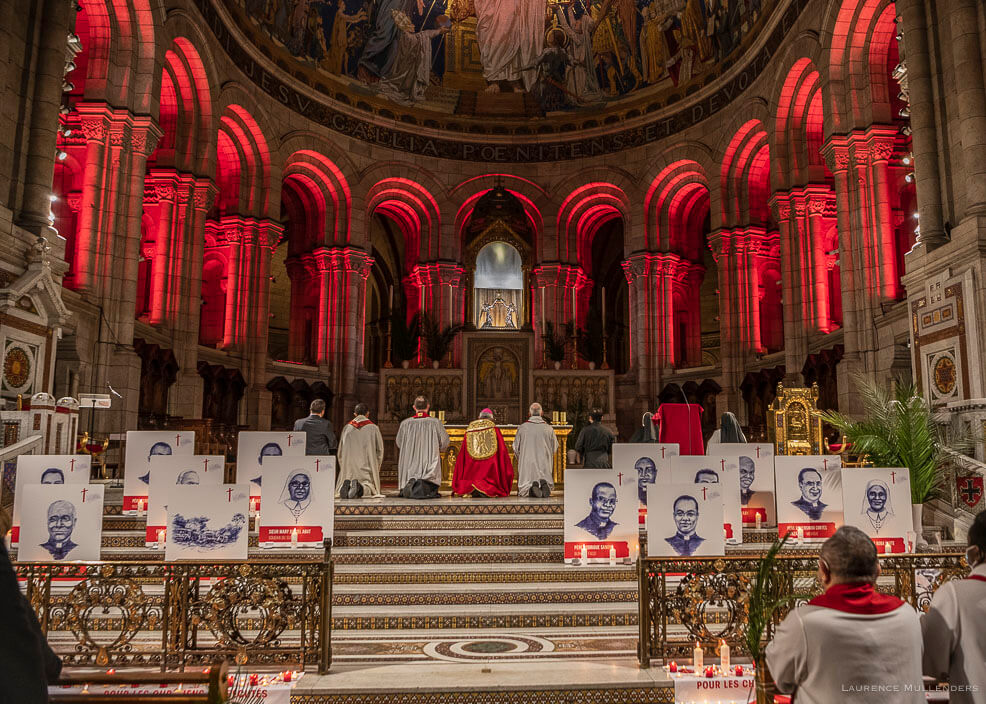 Thousands of people took part, either in person or virtually, in the Night of Witness, a series of events on the theme of persecuted Christians organised by the international Catholic pastoral charity and pontifical foundation Aid to the Church in Need (ACN) from 22 to 28 January 2022, in several cities of France.

Portraits of 13 Christian martyrs, murdered for their faith during 2021, were carried in procession to the altars of various cathedrals and Basilicas – in Marseille, Albi, Cambrai, Chartres and Paris, the main centres where the Night of Witness was held. Four of these martyrs were from Nigeria, one of the most dangerous countries for Christians to live in today. 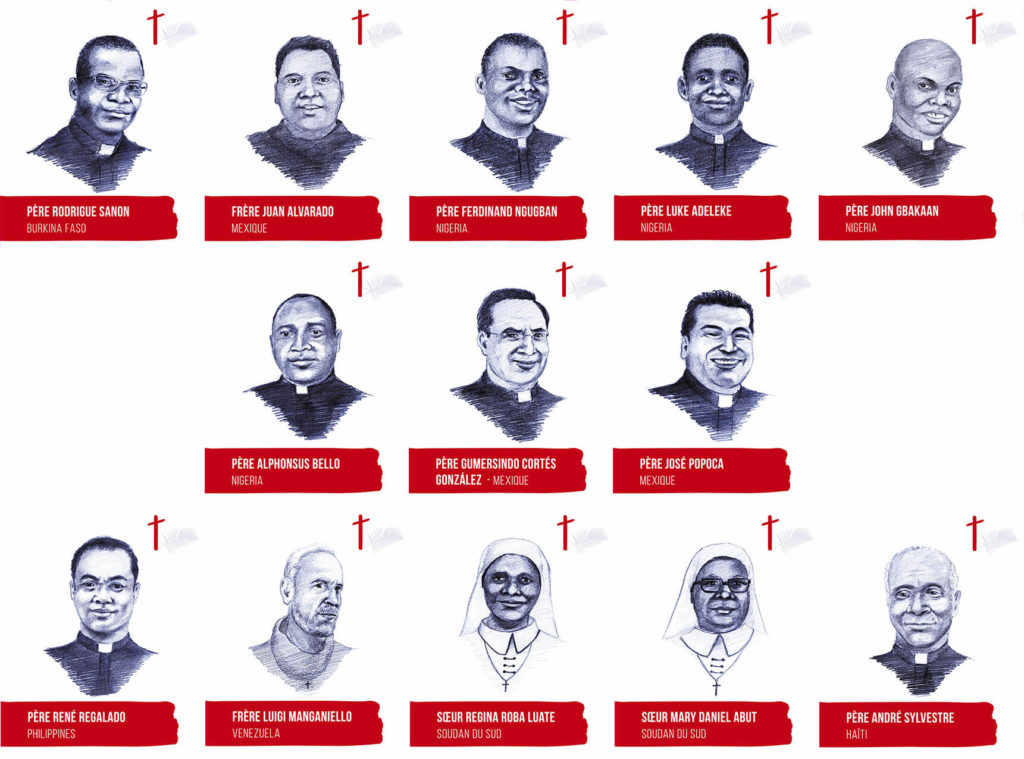 On this, the 13th occasion on which the Night of Witness has been organised, guests from Nigeria, Armenia and Sri Lanka gave moving testimonies about the situations Christians are experiencing in their respective countries.

Nigeria is living an ongoing martyrdom as a result of Muslim jihadist attacks, many of which specifically target Christians. Bishop Doeme of Maiduguri in northeast Nigeria, the so-called “capital” of the Islamist sect Boko Haram, gave a moving testimony of hope which had a profound impact on those who heard him: “The shootings and bombings are not stopping people from going to Mass with the same fervour as before. The terrorists can destroy everything in our country, but there is one thing they cannot destroy – our faith. For in truth, our people are brave, courageous and constant in their powerful determination to serve God despite all the obstacles.”

In Armenia, in the mountainous region of Artsakh (Nagorno-Karabakh), the predominantly Armenian and Christian population experienced a terrible humiliation during the 44 days of war in late 2020 between the self-proclaimed Republic of Artsakh and the Azerbaijani army. Sister Haguinta Marudian, who belongs to the Armenian community of the Immaculate Conception, testified to the fact that “the war in Artsakh was a source of great suffering. In our chapel the only thing you could hear was the murmuring sound of the Rosary as the beads slipped through the innocent fingers of the silently weeping children … After the ceasefire many families returned to Artsakh, but many of them found their homes in ruins.”

In Sri Lanka the Christians feel under constant threat ever since the suicide attacks of Holy Week 2019, in which 258 people were killed. The small Christian community in the country suffered terrible fear and anxiety. Thanks to the courageous voice of Archbishop Malcolm Ranjith of Colombo, the Church has not ceased to demand the truth about these attacks. “It is clear now that the former leaders, especially the former president, despite knowing about the imminent attack, did nothing to prevent it and simply allowed it to happen.” The Archbishop was unable to attend for reasons of security, but sent a video message (see below) along with the testimony of Father Janith Kushalya, who was present in Sri Lanka at the time of the attacks.

For Benoit de Blanpré, national director of the French office of ACN, “every one of these Witness Nights is an opportunity to draw closer to our persecuted Christian brothers and sisters. Through our prayers and our closeness, we hope to be able to comfort them in the midst of their suffering, while they can revive our own faith, thanks to their indomitable hope.”

You can watch the whole of this Night of Witness, which was relayed live from the Basilica of Montmartre by the KTO TV channel.