Out of necessity, Viktor breaks up his floor. Now that he and his wife have no steady work, due to the war in Ukraine, he and his sons Wasiliej and Kola proceed to saw the planks into pieces for the stove to heat the house. The couple hope to find work in agriculture again in the Spring. Until then, it’s survival. “Only the Church helps us,” Viktor says, grateful for the soup, tea and bread he received that morning from the Albertine Brothers in the town of Zaphorizhya.

The bread the family eats was baked by Micha, a young man taken from the streets by the same brothers. Until a few years ago he lived in the tunnels of the city’s heating system, together with five others, most of whom are now on drugs or in prison. Micha is married and recently became a father. “In my case, everything changed because I got to know the Albertine brothers. They showed me a different way. Everything fell into place through prayer. Now I help the friars and bake bread for those who are poor or homeless, like I used to be.” 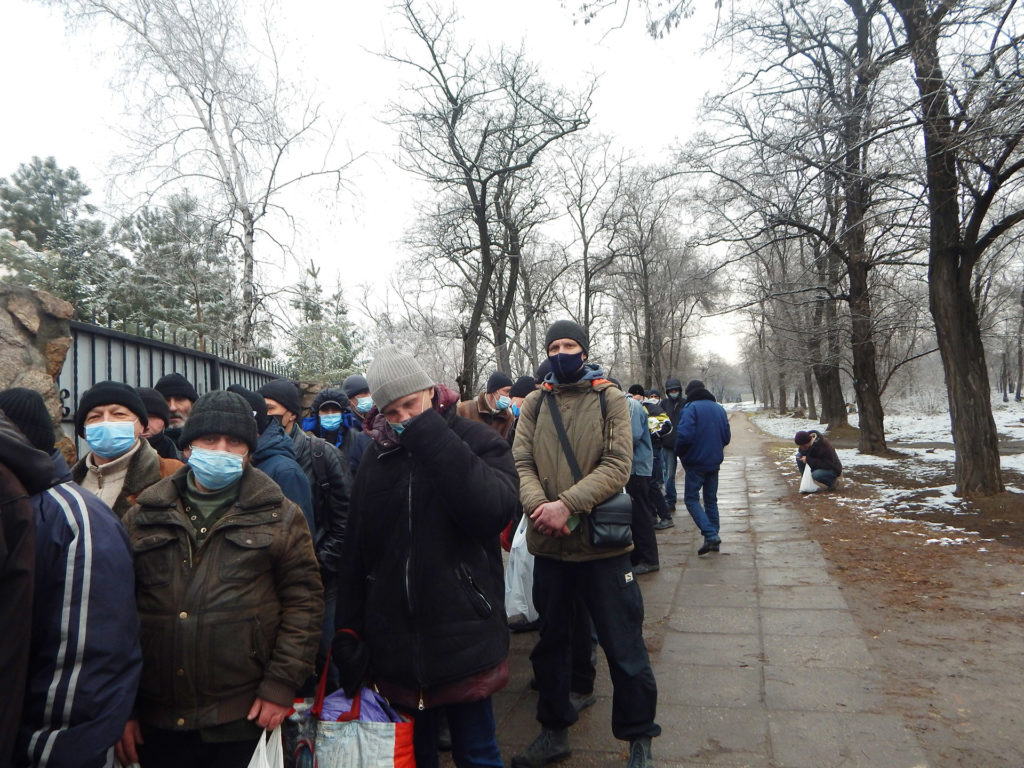 The community of the Albertine brothers does not simply live alone in its monastery, but also offers shelter to many homeless people, giving them a temporary roof over their heads. The brothers counsel and support these people in every respect, helping many of them to find their way back to a normal independent life. There is space here for up to 26 homeless men to share with the brothers, but in the Winter the number often swells to  as many as 40 men who come to take refuge. At the same time the brothers run a soup kitchen close to the city cathedral, where every day they provide meals to the poor and needy. Many of these people are elderly pensioners who would otherwise be unable to afford a hot meal, on account of the rapidly soaring prices in the country. 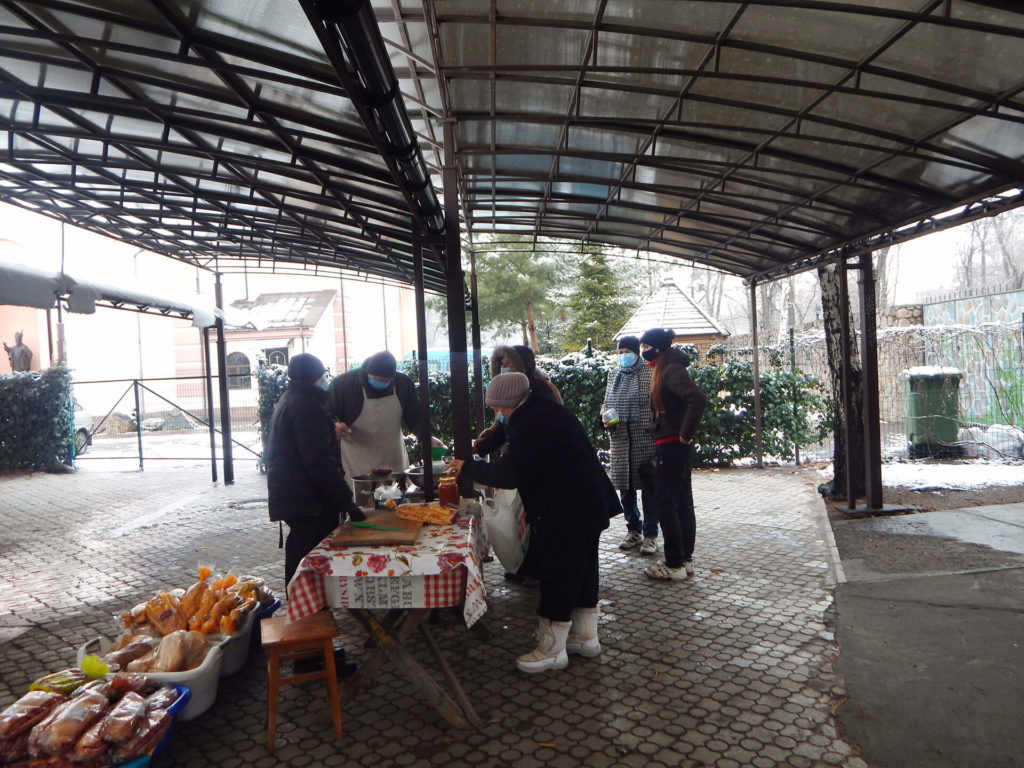 Outside, in front of their house, the brothers have built a small chapel in honour of Mary, with a statue of Our Lady of Fatima, which is illuminated at night. There is not a single church in the suburb where their monastery is situated, but many passers-by stop in front of their little chapel or even kneel on the ground in order to pray. Thanks to the generosity of ACN benefactors, some years ago the Albertine brothers were able to renovate the central heating system, install thermal insulation, get rid of the condensation on the walls and carry out various other urgent repairs. Many of the homeless men staying at the monastery actively helped with the renovation work. Last year, also thanks to the support of ACN’s benefactors, the brothers were able to replace the 16-year-old car they used for distributing food packages and to provide pastoral care to families.

With God’s help, religious brothers and sisters and parishes throughout Ukraine have been able to help put people’s lives back on track. Around one and a half million refugees have to live on less than €70 a month. It is hard work, but brother Wieslaw and his fellow brothers see it as an opportunity. “There are rich people here, but for a long time there was no Church, no place of love and sharing. That is why God must have brought us here. Through our prayer, through wearing the habit, through the cross and through our chapel, we try to change the world through the attitude of the other.”

“Monsignor Szyrokoradiuk, bishop of Odessa and Simferopol, former Apostolic Administrator of Kharkov, is hopeful about the future of the Church in Ukraine even in the current situation: “When we got our church back from the communists, in the 1990s, only seven people came to the first Holy Mass. Now the church is full on Sundays at each of the seven Masses. Even the Orthodox come and bring us relief goods, because the Catholic Church really helps the refugees and poor.”