Menu
Menu
Home > NEWS > In one of the poorest regions of Lebanon, the Church sustains the soul and the body
Donate
Menu 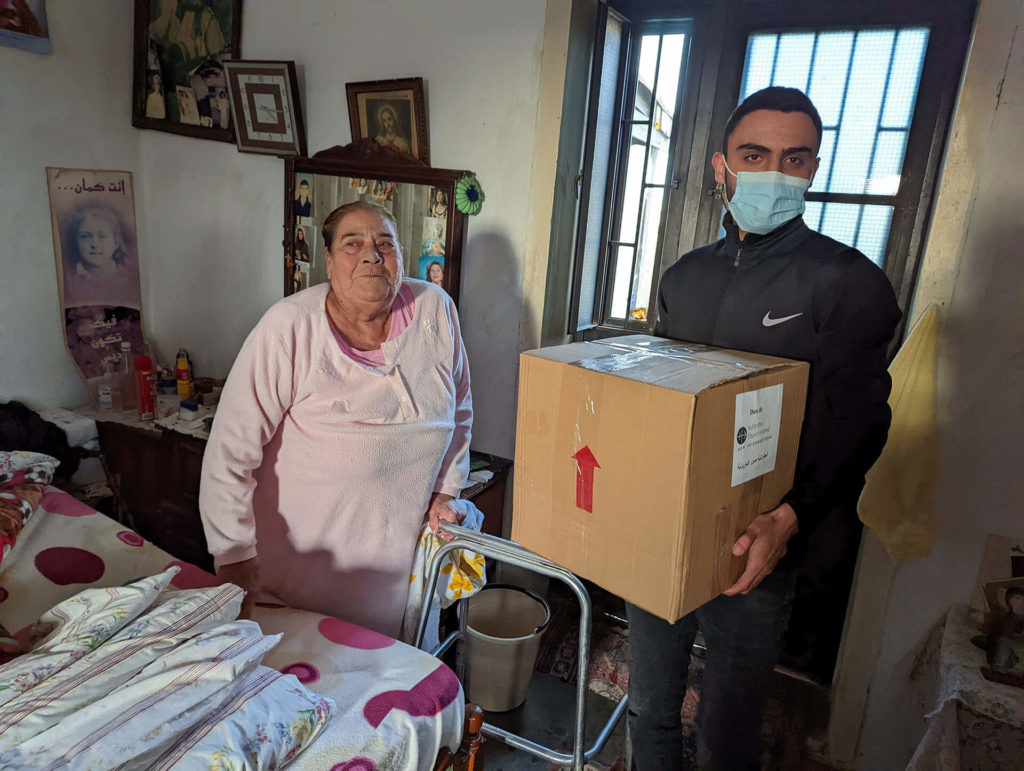 Nohada lives alone in her one-room home in Addousiyyeh, in Lebanon, near the Mediterranean coast. A widow, her only son moved abroad years ago and she survives largely with the help of her neighbour Mariam, who happens to be the only Muslim in the village.

Addousiyyeh, in the Diocese of Tyr, is a sad reminder of the state that Lebanon is in as a whole. Father Geryes is 29 and was ordained last year. His great-grandfather, a married Maronite Catholic priest, was pastor of the same village decades ago. There have always been poor people in the parish, but the problem has gotten worse. “Before the crisis 20% of the parish was poor, now it is 80%”, says father Geryes.

Tyr is among the poorest dioceses in Lebanon. The once thriving Christian community has been reduced over the years through migration, first after the civil war, and then following the 2006 war with Israel, to a mere 50 thousand people, mostly living in villages near the border with Israel. Many are labourers or farmers, with less education and not even enough money to move to Beirut, let alone abroad.

“For around two years we have been going through a terrible economic crisis in Lebanon. The people are desperate, they need everything. Food, electricity, medicine, milk, at every level they need things to be able to survive”, explains archbishop Charbel Abdallah, of the Maronite archdiocese of Tyre, which includes Addousiyyeh.

Young couples like Fadi [name changed ] and Rana, who have two small children, have been badly hit as well. Unlike many Lebanese, Fadi is lucky enough to have a stable job in the military, but the mortgage on his house alone takes up a quarter of his income. They no longer eat meat or fish on a regular basis. Once a month they allow themselves a little chicken.

Where there is crisis, however, there is the Church. This has been another steady reality in Lebanon over the years, and it remains true now, in more than one sense. Not only do parish priests like father Geryes help sustain their people through faith, but the diocese itself also provides crucial material assistance.

With the support of pontifical charity Aid to the Church in Need, archbishop Charbel Abdallah and his staff have been able to deliver food packages to the poorest of the poor, in all its parishes.

“I wrote to ACN to ask is they could help us to support the families which are in greater need. Thankfully they responded very quickly, and with great generosity, and assured us financial aid to buy food packages. They created a programme for us and this programme will run until July and will include several distributions of 1.500 food packages among all the parishes in our diocese”, explains the bishop.

Each package includes some staple foods, cooking oil and other necessities. Before the crisis, an average salary of 1,500,000 Lebanese pounds would have been worth close to 1,000 dollars, the current street value now is around $60. The minimum salary of 675,000 LBP is now around $30; this makes it ones of the lowest minimum wages in the world, making it impossible for regular families to buy the food distributed with the help of ACN.

The aid is not provided only to Catholics, or to Christians, but to all those who need it. Mariam, Nohada’s neighbour, is also a beneficiary, for example.

“This is an initiative that means so much to us. The people of Lebanon are very attached to their faith and they are pleased to see that the Church, both in Lebanon and internationally, shows this solidarity to them”, says archbishop Charbel.

“Thank you very much, from the heart, to ACN, which has always been so close to our diocese. Our people are happy to see this solidarity of the Church, and to receive these packages that will help them face their daily lives”, he adds.