Several hundreds of thousands of children, at least, were united in prayer through the initiative of Aid to the Church in Need and with the encouragement of Pope Francis. 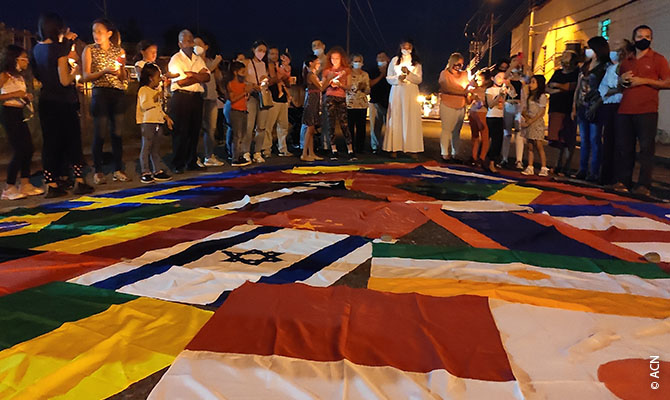 Hundreds of thousands of children from all over the world prayed the Rosary for peace, on Monday.

The “One Million Children Praying the Rosary” campaign was once again a success, judging from the feedback sent to the pontifical foundation Aid to the Church in Need (ACN) from dozens of different countries.

Close to 300,000 children registered on the ACN website alone, but “the total number of participants is certainly far higher, as many groups, schools, and families took part by their own initiative but did not register”, said Father Martin Barta, ecclesiastical assistant to ACN International. 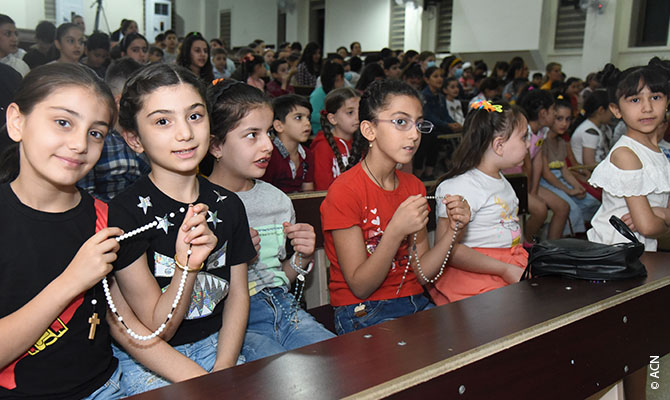 ACN is receiving reports from many countries that were not officially registered on the website, from Armenia to Argentina, Paraguay to South Africa. In many places the Rosary was broadcast on television or radio, enabling thousands more to take part from their own homes.

One email sent from the parish of Chansolme, around 200 km from the capital of Haiti, a country currently undergoing a period of great social unrest, with soaring criminality and instability, expresses the attitude of hope in the power of prayer. “Father Wolson Tousseus today gathered the children to recite the Rosary for the intention of peace. It is a way to unite us to the prayers of children around the world. God bless you for this initiative.” 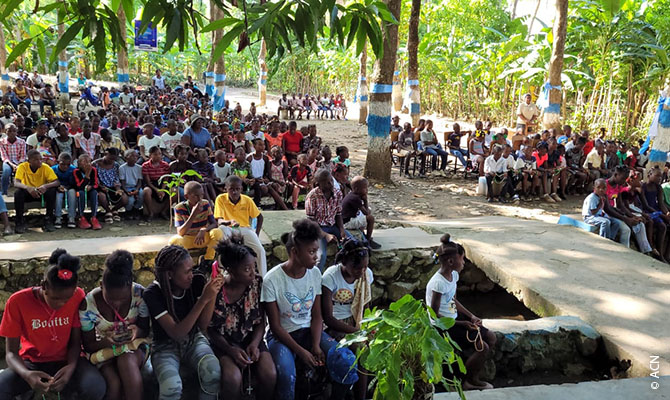 Several time zones away, in Australia, entire schools gathered to pray. This was also the case in Spain, where more than 40 schools joined the initiative. In Madrid, girls expressed fascination at the discovery that for 24 hours children all over the world were reciting the exact same prayers, in their own languages. 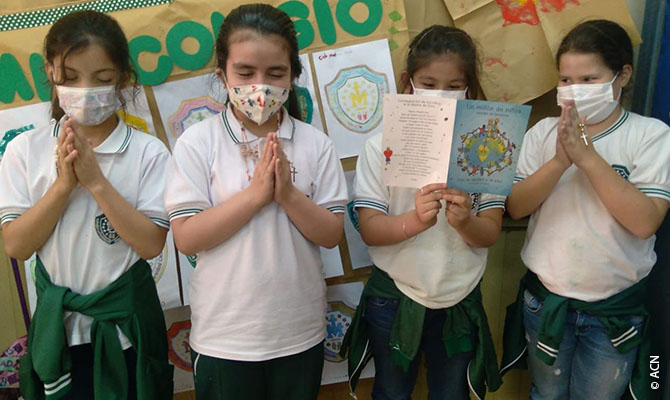 In other countries, however, the scarcity of Catholic schools made this more difficult. In Korea it is almost impossible to ask children to pray the rosary on Monday in their school classes unless they attend Catholic school, which is very rare. “This year we prayed with 80 children from the Catholic Sunday school at Gaepodong parish of the Archdiocese of Seoul on 16 October 2021. Cardinal Yeom Soo-jung, has also joined with the children to pray for peace and unity in the world. The event was very successful”, reads a message from ACN office in South Korea.  On the 18th October, more than 700 children prayed the rosary at home with their families. 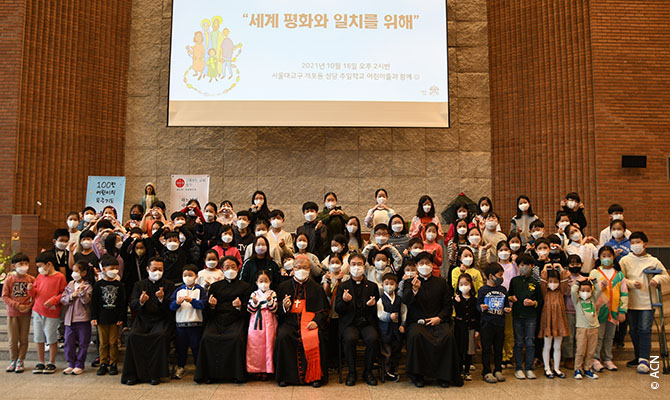 A similar message arrived from South Africa. “Here the children were not able to come together in the parishes due to the fact that it was a school day, and in the evening, it is not be possible due to distance, safety, and cost of travel.” Instead, they decided to light a candle in their homes and pray the Rosary at the same time: one in the Spirit – even though separated by physical distance. More as 700 children joined this beautiful worldwide campaign of praying Rosary in the country. 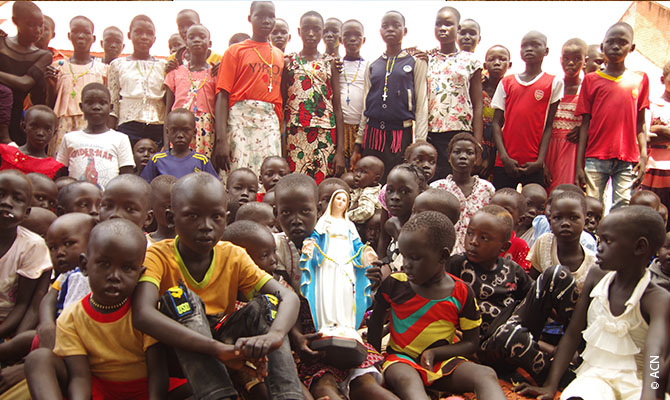 The “One Million Children Praying the Rosary” campaign is inspired by the words of Padre Pio, who once exclaimed, having seen some children praying, that “when one million children pray the rosary the world will change”.

Pope Francis once again expressed his support and encouragement for the initiative, mentioning it after the recitation of the Angelus prayer, in Rome, on 17 October, and tweeting about it the next day. “Today, thousands of children around the world are taking part in the campaign organized by ACN, praying the Rosary for unity and peace. Let us #PrayTogether with them to Our Lady with the same trust as these little ones have in our Heavenly Mother” wrote Francis. 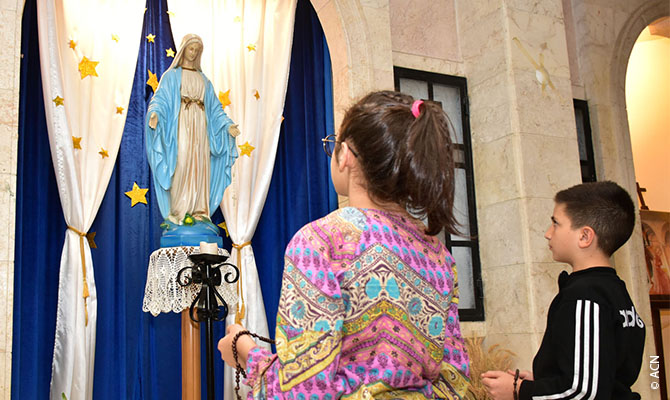 Father Martin Barta is overwhelmed by the response from different countries. “Every year we are reminded about the importance and power of prayer. Some of the most positive feedback we received came precisely from regions where peace is most desperately needed. To know that there are children from Afghanistan, Iraq, Syria, Belarus or Myanmar praying with those who gathered in Fátima, Portugal, or in Canada, or the United States, is especially moving, and gives us hope that the love coming from faith can triumph over violence”.

The “One Million Children Praying the Rosary Campaign” first began in 2005 and has been held every year since.