Menu
Menu
Home > NEWS > Archbishop Shevchuk: “Thank you to all those who are doing everything to stop the war”
Donate
Menu

The leader of the largest Catholic Church in Ukraine, Major Archbishop Sviatoslav Shevchuk, has expressed his gratitude to all those who, at an international level, are doing what they can to put an end to the “horrific” war in his country.

Since the beginning of this conflict the leader of the Ukrainian Greek-Catholic Church (UGCC) has been publishing daily videos to encourage his faithful and compatriots during these difficult times.

In his video of Friday 11 March, Major Archbishop Shevchuk especially thanked all those, including international religious figures, who have been trying to find paths to peace.

“Today I wish to sincerely thank all those who, at the international and inter-religious level, are doing everything to stop the war. I thank the Orthodox brethren, particularly in Germany and Western Europe, and the Russian Orthodox Church abroad, which is trying to serve refugees and which is appealing to the church hierarchy in Russia for the need to end the war immediately.”

The Major Archbishop also thanked the World Council of Churches, which wrote a letter to the Patriarch of the Russian Orthodox Church asking him to mediate to try and stop the war, but as yet  to no avail.

“In Ukraine, today, we are seeing great contempt for human dignity. With war, man loses his humanity, especially he who starts war, he who starts war diminishes himself in his humanity. He who kills his neighbour, before all else, destroys the humanity within himself, destroys his own dignity”, says the Major Archbishop.

As the war approaches its 20th day, civilian casualties have been increasing and the difficulties of the conflict prevent proper burials. “Our heart aches to see thousands of people buried without a prayer, without Christian respect, in mass graves, with no identification.” 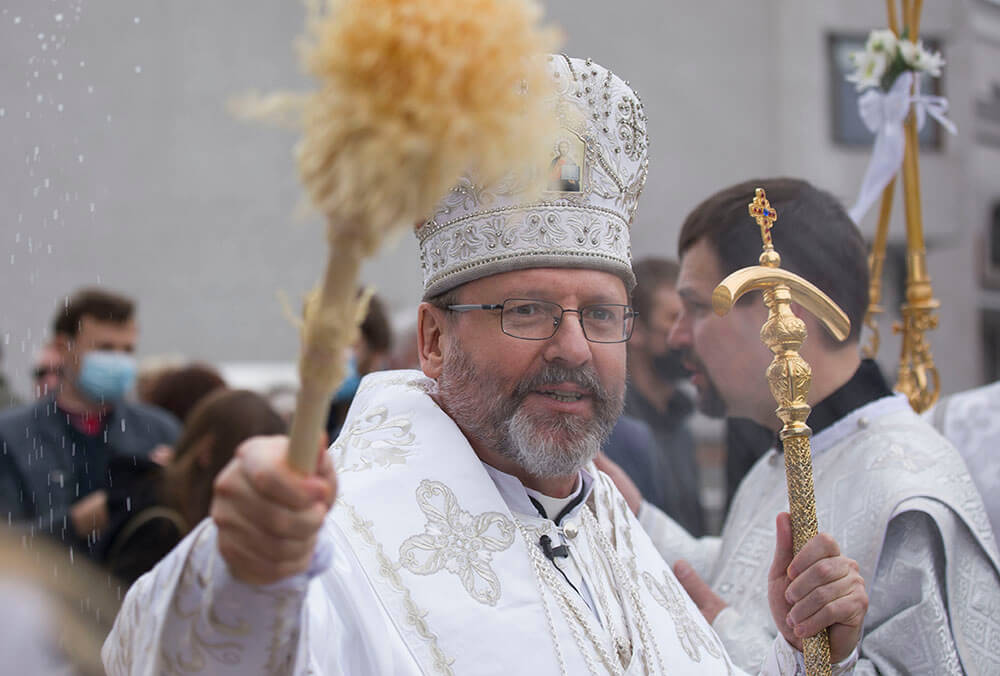 “How important it is for us today to show respect for the bodies of the dead, be they military or civilian”, concludes Major Archbishop Shevchuk, who asked all the priests in Ukraine to pray especially for the victims of this war, regardless of their nationality or religious affiliation.

In response to the outbreak of war in Ukraine the international pontifical foundation Aid to the Church in Need (ACN) is sending an aid package of 1.3 million euros. According to a statement from the President of ACN, Dr Thomas Heine-Geldern, the money is for priests and religious, who are working across the country in parishes, with refugees, in orphanages and homes for the elderly.

Bangladesh |
28 June, 2022
Bangladesh: building churches is a big challenge due to lack of means
Hundreds of faithful attended. The old church could accommodate a maximum of 40 people, but now more than 200 can sit...
24 June, 2022
Aid to families: Supporting the Church from the base up
ACN compiles some of the work it has been doing promoting family life...
Mexico |
24 June, 2022
Mexico: shooting of two Jesuits raises number of murdered priests in the past three years to seven
Two Jesuit priests were murdered by armed men inside a church in Mexico...