For years, the Christian minority in the predominantly Muslim north of Nigeria has suffered from attacks and assaults by the Islamist terrorist group Boko Haram. In the first two months of 2020 alone, the group killed 350 Christians. Added to this are the victims and economic burdens of the coronavirus crisis, which is also causing increasing material hardship for the Church.

Boko Haram will never take away our faith.

ACN stands by the local Church during this difficult time, helping it above all to maintain the Church infrastructure and training of priests. 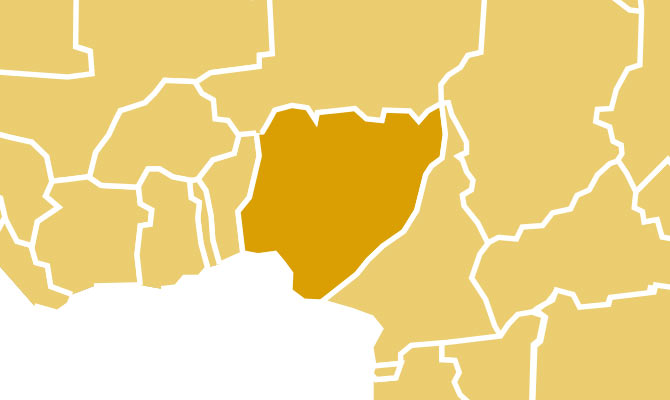 In 2020, the coronavirus pandemic also left its mark on Nigeria. The Church was particularly concerned about the threat of famine and the destabilisation of the country’s already weak economy. In addition to the virus, however, it is above all the violent excesses of Boko Haram that are terrifying the Nigerian population. 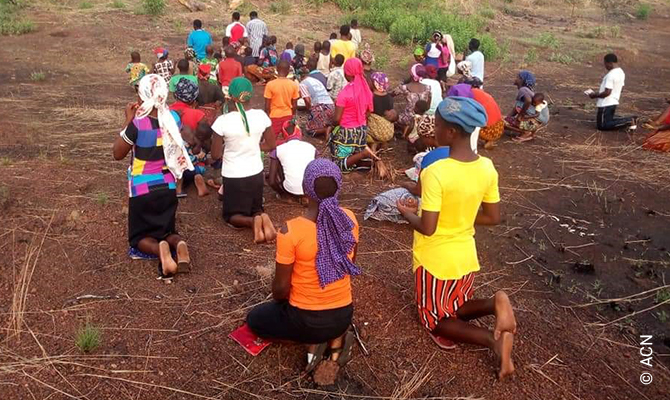 Since 2015, some 12,000 Christians have been murdered in Nigeria, more than 200 churches and numerous schools have been burned down, and more than 70 priests and religious have been kidnapped or murdered.

The end of the year was also marked by violence against Christians: on Christmas Eve, Boko Haram carried out an attack in the village of Pemi in the north-east of the country, killing eleven people and razing two church buildings to the ground.

Though we suffer terror, we must be a people of hope.

But Boko Haram is not the only group that is responsible for the violence. In the central zone of the country, brutal attacks by heavily armed Muslim Fulani cattle herders are becoming more frequent. 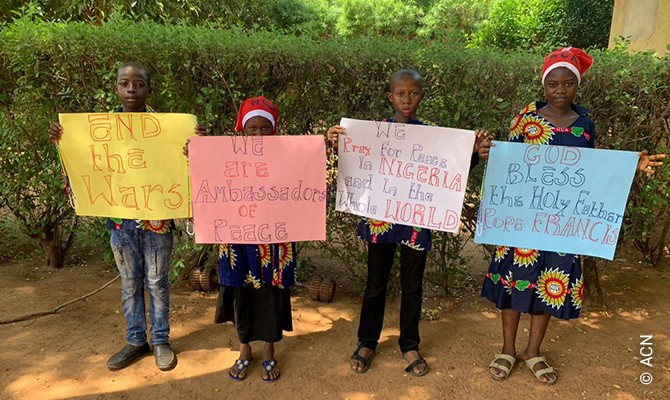 Abduction at the seminary in Kaduna

On the night of 8 January 2020, four young seminarians were kidnapped at Good Shepherd Seminary in the northern Nigerian city of Kaduna. The kidnappers released three of them in late January, but 18-year-old Michael Nndadi was found murdered. One of the kidnappers explained that the young man had not stopped preaching the Gospel. 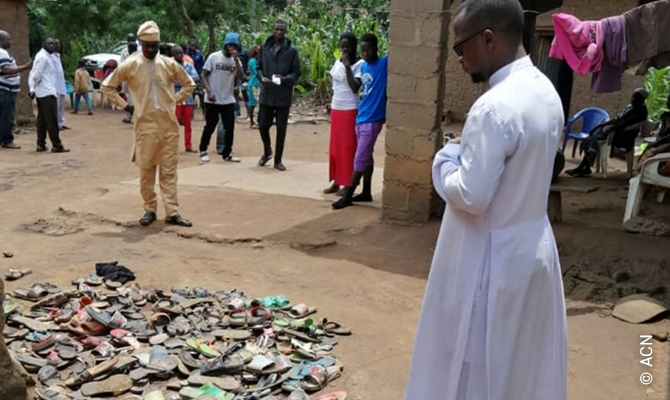 But despite the difficult situation, the number of priestly vocations in Nigeria is encouragingly high. In 2020, ACN therefore focused on promoting the training of seminarians while also sup-porting needy priests through Mass stipends.