The Philippines is the only majority Christian country in Asia. More than 80% of the island nation’s 100 million inhabitants are Catholic. 2020 was also marked by the coronavirus pandemic here. Churches were closed from March to mid-July, after which services resumed with restrictions, and even Christmas could only be celebrated on a small scale. ACN is supporting priests and religious during the pandemic with existential help and Mass stipends. 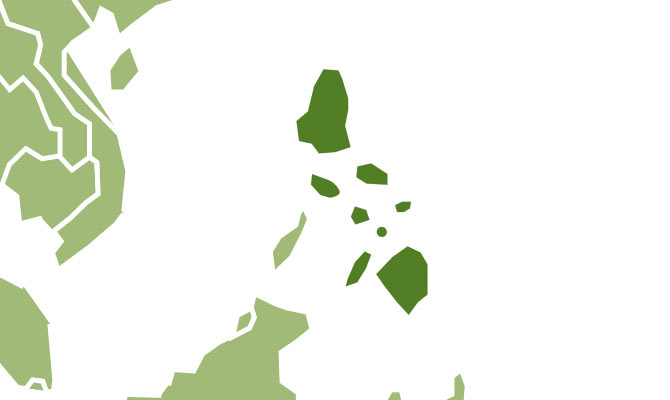 The coronavirus crisis developed into a severe test for the mostly very devout Filipinos. Pastoral care is particularly important during this difficult time, especially as only a few people are allowed to gather in the churches at one time. Counselling and help from priests and religious are therefore increasingly in demand. However, since collections were lost due to the lockdown, their livelihoods were no longer assured. Therefore, in the reporting year, we supported the priests, predominantly through Mass stipends.

In Mindanao, there seems to be no end in sight to the terror.

In addition to the pandemic, the situation on the Mindanao archipelago continues to be a concern for the local Church. Since many Muslims also live on the islands, Islamist terrorist groups have become active there in recent years, hoping to establish an Islamic state. The jihadists’ actions were mainly concentrated in the city of Marawi. In May 2017, hundreds of them almost razed the city to the ground. They killed people, severely damaged the Catholic St Mary’s Cathedral and took many hostages, most of whom were Christians.

Thousands of the city’s inhabitants managed to flee, however, and have been living in refugee camps ever since. However, a ceasefire between the government and the New People’s Army agreed during the pandemic has not been respected. ACN learned from Church representatives on the ground that fighting had continued. However, the military presence was somewhat less visible.

Refugees from the city of Marawi, destroyed by Islamist terrorists, have been living in several refugee camps since 2017 and are in desperate need of help. To this end, the local Church founded the interfaith initiative “Youth for Peace”, in which Christian and Muslim students help the Marawi refugees. 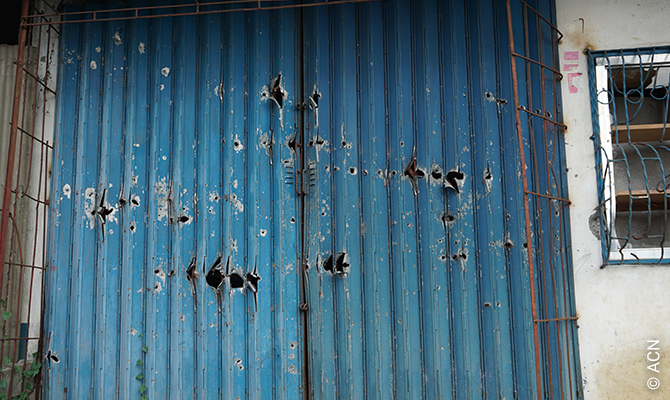 Up to and including 2020, 175students have participated in the initiative. With their commitment, they want to bear witness, regardless of their religious affiliation, to the fact that peaceful coexistence is possible again, even after the terrible events of 2017. ACN has supported the project with a total of 75,000euros since 2018.