Over one hundred thousand children have already enrolled in this year’s “A million children praying the Rosary” initiative, organised by Aid to the Church in Need International (ACN), which will take place on 18 October 2021. 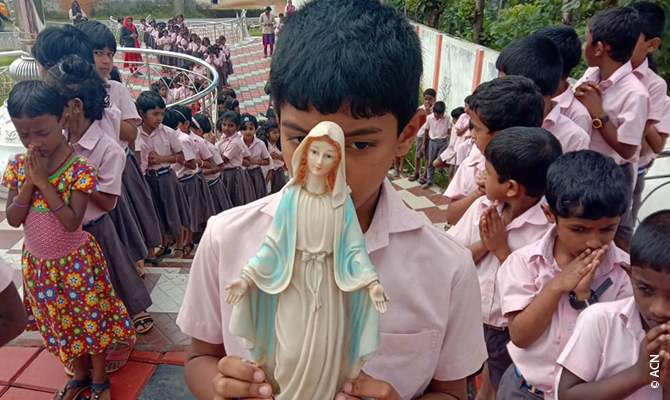 Emails and messages from dioceses, missions, and parishes from all over the world have been pouring into the head-office and national delegations of ACN, raising the hope that the official number of participants will be higher than last year.

A total of 44 countries are already confirmed, ranging from Afghanistan to Zambia and including Colombia, Ghana, Lebanon, Peru, South Africa, Sierra Leone, South Sudan, Venezuela, Mozambique, and Bosnia and Herzegovina. 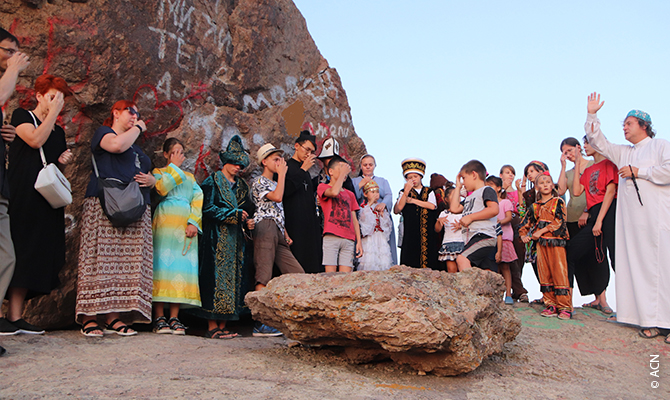 A recent message from a diocese in Myanmar expresses the hope that praying the rosary can bring to communities. “I thank you very much for inviting us to participate in the worldwide prayer campaign ‘One Million Children Praying the Rosary’. I have sent notification to all parish priests to organize the faithful in the parishes”, says a local church leader, who for security reasons prefers to remain anonym.

“The situation has been bad for months now. The pandemic is rather severe in our area. All the villages are in lockdown. Praying the Rosary daily is the only source of strength physically and psychologically in the villages. Our diocese will join you and pray for you and for your intentions. I am ever grateful to you for all concerns, love, kindness and generous support”, he concludes. 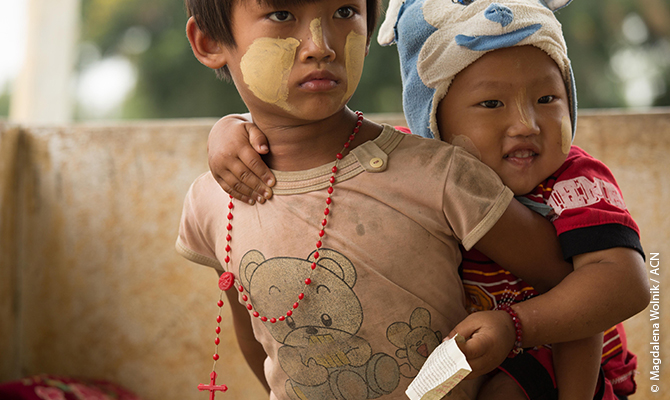 This year the initiative will also count on the official support of the Pope’s Worldwide Prayer Network, the World Apostolate of Fátima and of the shrine of Fátima itself, which is so intimately connected to the Rosary.

In another message, from the Apostolic Vicariate of Aguarico, in Amazonian Ecuador, bishop Adalberto Jiménez Mendoza pledges his commitment to the initiative and informs ACN that at least 2500 children will be taking part, a number that is expected to rise to 7500 if family members are included as well. 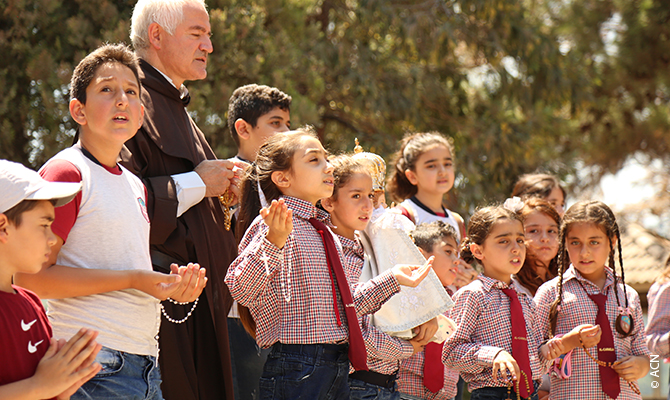 The “One Million Children Praying the Rosary” initiative was inspired by the words of Padre Pio who, when he saw a group of children reciting the prayer, said “when a million children pray the Roary, the world will change”. 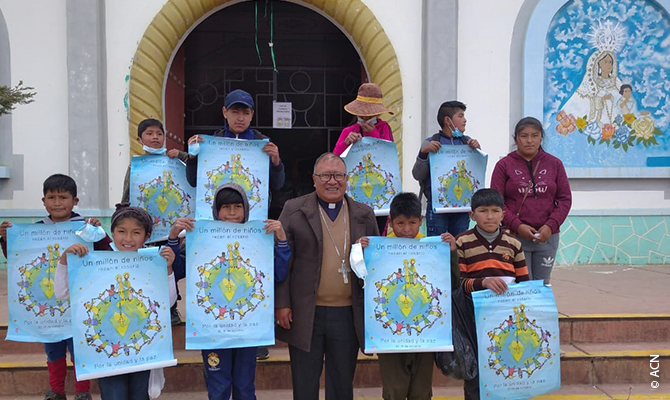 The number of participants in this initiative has been increasing every year, with the aim of reaching at least one million officially registered participants.

Families, parises, or dioceses that are interested in participating in this day of prayer can register here. ACN provides leaflets, posters, and other material in dozens of languages, with new ones being added regularly, that can be downloaded for free here. The information pack contains instructions on how to pray the Rosary, short meditations for children on the Mysteries of the Rosary, and an Act of Consecration to Our Lady for children. 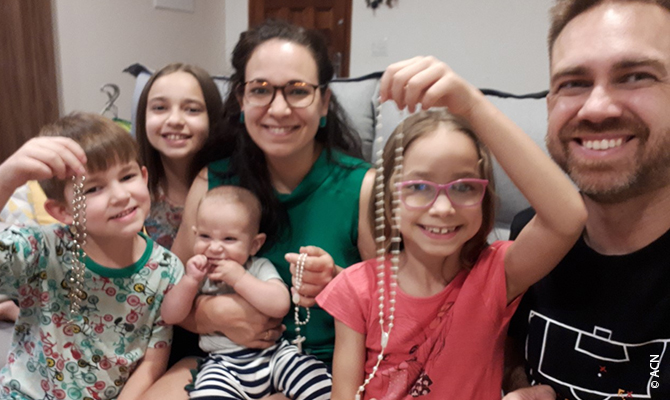 This year the initiative is centred around Saint Joseph, with quotations from the Apostolic Letter “Patris Corde” – (“With a Father’s Heart”) written by Pope Francis to mark the Year of Saint Joseph. This year’s campaign will encourage children to pray “hand in hand with Our Lady and under the protection of Saint Joseph”, says Cardinal Piacenza, president of ACN International, who recalls that Saint Joseph, as Patron of the Universal Church, “is a great example for us of how God can turn all things to good through our prayer, our fidelity and our obedience to His Word”.