The persecution of Christians by Muslim extremists in West Africa was discussed at a two-day conference in Burkina Faso recently. Nigerian Bishop Wilfred Chikpa Anagbe, of the diocese of Makurdi, called for dialogue with Muslims and the establishment of a Justice and Reconciliation Programme to promote peace and forgiveness.

“Furious, hot anger” is what the Catholic Bishop of Makurdi, in Nigeria, confesses to feeling as he recalls the various instances of persecution to which Christians in his country have been subjected in recent years, and that in his diocese alone have resulted in the murder of scores of people, including two priests. 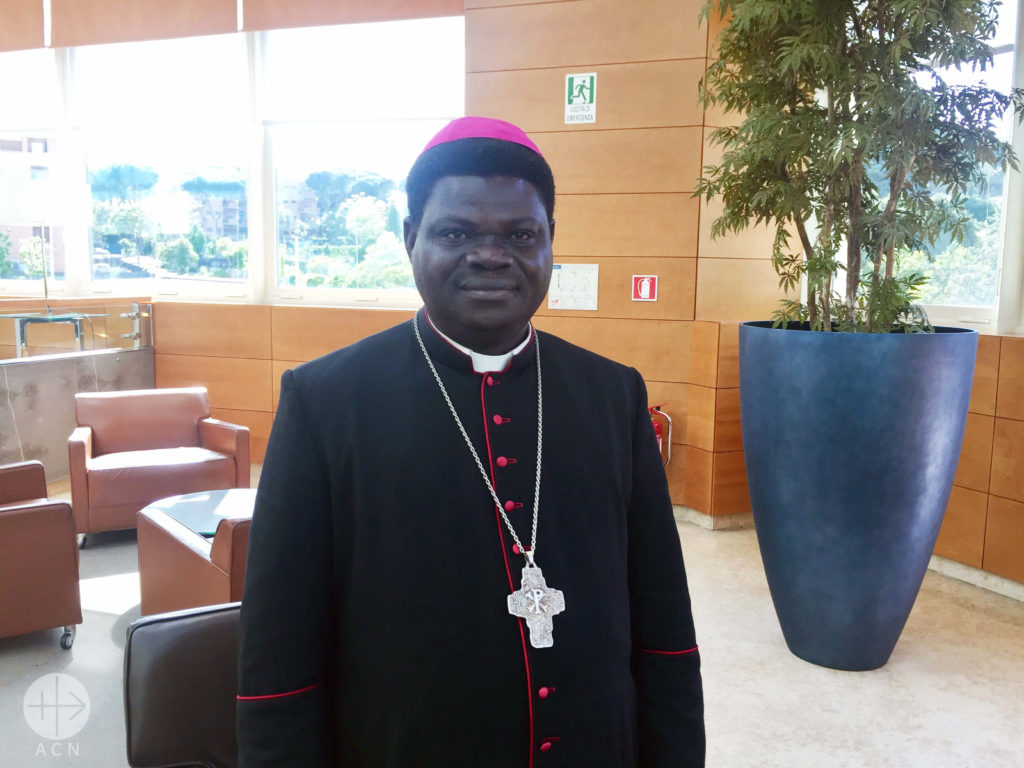 Mgr Wilfred Chikpa Anagbe was invited to give the opening speech at the Pastoral Life and Security Forum, focusing on the persecution of Christians in West Africa, held in Burkina Faso on 30 November and 1 December, with funding and support from the pontifical charity Aid to the Church in Need (ACN). Although he was unable to attend in person his speech was read to more than 200 participants, who had come from all dioceses in Burkina Faso and from neighbouring countries. 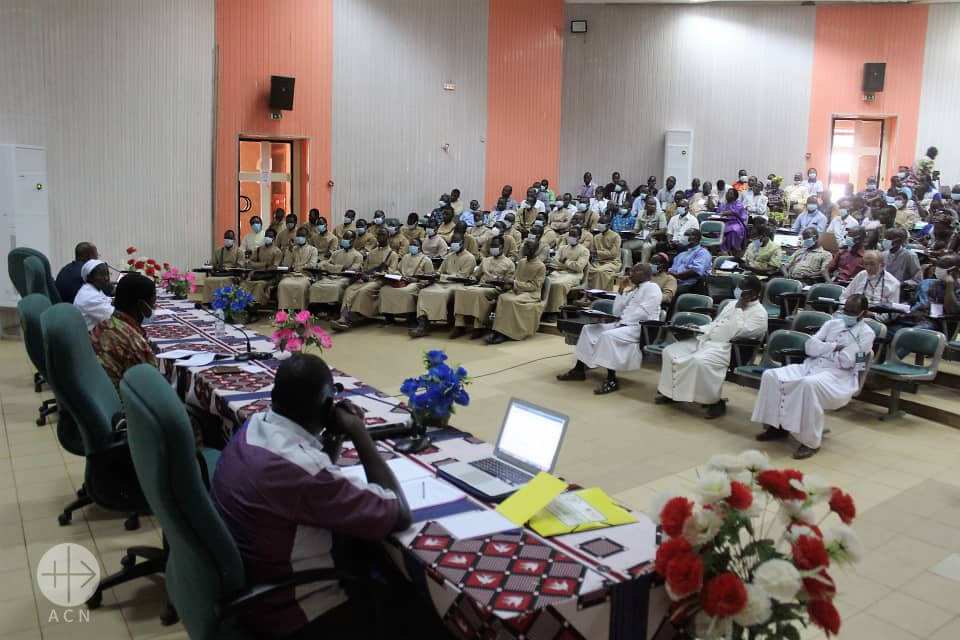 Besides the existence of openly jihadist terrorist organisations such as Boko Haram and its offshoot Islamic State West Africa Province, Nigeria has also been plagued by a wave of violence perpetrated against mostly Christian farmers by ethnic Fulani herdsmen, who are mostly Muslim. There has also been a wave of kidnappings which often has targeted Christians, in the hope of securing ransoms.

In the diocese of Makurdi alone the toll of this violence has been extensive. “In my own diocese there are over 1.7 million displaced persons. In spite of these numbers of IDPs, we continue to support our fellow citizens with food and clothing in the best traditions of our faith”, says Bishop Wilfred.

Others, however, have paid with their lives. “I share with you the sad incidence of the killing of two of my priests, Frs. Felix Tyolaha and Joseph Gor who were brutally murdered on  25 April 2018 along with 17 of their parishioners while celebrating Mass”, explains the Bishop, adding that “on 1 January 2018, the jihadists invaded a village in Guma, within my diocese, and killed seventy two people with scores injured.”

Despite the feelings of anger these situations provoke in him, Bishop Wilfred explained to the ACN sponsored event that Christians must respond to violence with the message of the Gospel. “I feel some furious anger, some hot anger inside me; yes, we need to be outraged by events happening in our country due to religious persecution or we will descend into total anarchy, with our pious or meaningless hypocrisy of political correctness.”

However, he added, “as a Christian, and a Catholic, my religion teaches me, and my spiritual experience demands, that we overcome evil with Good. We remember the victims, but not with the desire for vengeance or as an incentive for hatred”.

Bishop Wilfred says that as a bishop it is his duty to inspire his people with hope, despite the fact that “since 2002, the start of the Boko Haram jihad against mainly Christians in the North East of Nigeria, no day passes by without sad news characterized by stories of tragedies perpetrated against Christian populations often by misguided evil men and women who are determined to use religion to destroy the foundations of our common existence.”

“Our role as God’s ministers is that of inspiring hope. The pain is great, and the wounds will take time to heal; without faith we cannot please God and this faith must be practical. As leaders, the challenge we face demands that we take practical steps of faith to heal and restore the hope of the people. We must demonstrate the required tenacity to remove the humiliation from our brothers and sisters whose dignity and rights have been constantly abused by a people bent on exterminating them simply because of different beliefs.” 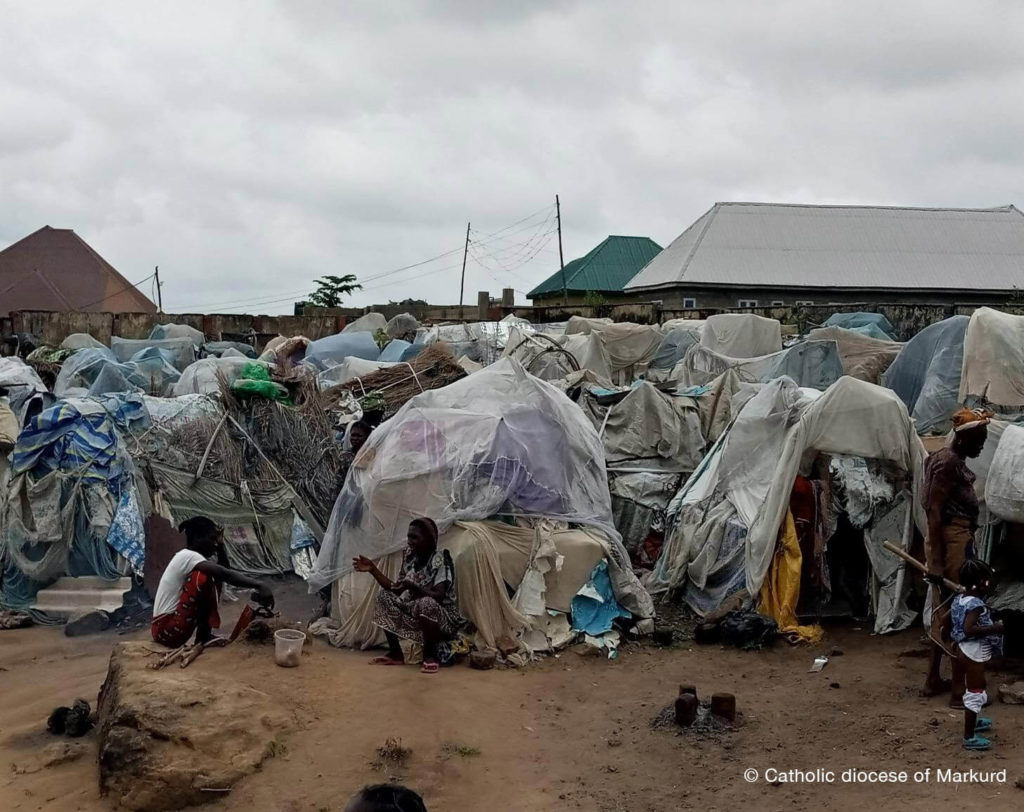 Bishop Wilfred concluded his address with practical recommendations on how to improve the situation in Nigeria and other West African nations where Christian persecution has increased in recent years. First and foremost, he insists, “Christian and Muslims must have an open discussion about the role of faith in society. We suggest that our Muslims brothers and sisters take a hard look at the theological content of their preaching since we do believe that some of their teachings promote violence.”

“We suggest increased collaboration between Christianity and Islam especially in areas of social justice and the common good. A national dialogue on the causes of Islamic fundamentalism and terrorism is sought.”

Bishop Wilfred also suggests setting up a truth and justice reconciliation program: “Religious leaders in the state should facilitate this process.”