REPORTS received by Aid to the Church in Need (ACN) and other agencies working closely with religious and other minorities leave us in no doubt about the scale of the crisis facing Christians in Afghanistan. Persecution had been a fear that dare not speak its name, as underground Christians, like so many minorities, have long been conditioned by the need for absolute discretion, with the faithful worshipping privately in small underground house churches, most with fewer than 10 members each. Since the takeover by the Taliban, however, desperate calls have been made to aid organisations from groups helping those who are now desperate to flee, preferably to the West. A contact close to Christians in Afghanistan, who asked not to be named for security reasons, said: “We are all very frightened. We are terrified for the future.” The Christian satellite channel SAT-7 reported a surge in calls from Afghans “desperate for encouragement and hope”.

IN A PRESS conference last week, Mullah Abdul Ghani Baradar, often referred to as the de facto leader of the Taliban, set out the Taliban vision for Afghanistan, and declared his support for women’s rights. In a rare interview he said: “Members of religious minorities, like the rest of the Afghans, will have rights and their religious ceremonies will be unrestricted and supported.” The Taliban, on seizing power for the second time in Afghanistan, is seemingly now at pains to draw a line under the severe persecution that characterised its regime between 1996 and 2001. But among the minorities there is a profound reluctance to take the Taliban at its word. Fr Renard Lawrence OMI, a priest who has served in Quetta in neighbouring Pakistan since 1997 and who works closely with NGOs helping refugees, says: “The Taliban are not yet showing their real face. They are not going to treat people as human beings.” It is hard for minorities to imagine that the new Taliban regime will be any different from the old one, when Christians and other religious minorities reportedly had to wear yellow armbands and hang yellow cloths or flags to identify their homes, and lived in fear of floggings, amputations and executions. All the indications coming out of Afghanistan these past days and weeks suggest that minorities, not least the long-persecuted Hazaras, the mostly Shi’a ethnic group who make up over 10 per cent of the population, as well as the small Hindu, Sikh, Baha’i and Christian communities, have every reason to think the Taliban have not changed, despite assurances to the contrary. Credible reports have emerged that, even before the capture of Kabul but after the Taliban took over major towns and cities en route to the Afghan capital, fighters were going house to house, hunting down Christians as well as making threatening calls. Sources within the country have reported to NGOs that the Taliban are demanding people hand over their phones and that people found to have Christian material on their devices, such as Biblical passages, will be killed on the spot. There are particular concerns for girls from Christian and other minority faith backgrounds, who are at risk of being kidnapped and forced to convert as part of a cycle of sexual violence, including forced marriage to Taliban fighters.

Christianity is perceived as a Western religion. Years of military presence by international forces has increased the general mistrust of Christians. They have long been seen by militants, Taliban and others as a proxy target for the West, and the victimisation of Christians may become a means of bolstering support for the regime from extremist movements internationally. The fear is that Taliban violence and mistreatment of Christians and other minorities will radiate out to associated extremist groups in other countries, who will perceive the triumph of the Taliban in Afghanistan as an opportunity to go on the offensive, including against Christians. Reports emerged late last week that across the border with Pakistan, where Tehreek-e-Taliban (TTP) have carried out repeated attacks, aimed not least against Imran Khan’s government, Church leaders are stepping up security at Sunday services. Sajid Christopher, a Christian human rights activist in Pakistan, told us: “The Taliban getting back into power in Afghanistan will have considerable adverse impact in Pakistan. It will strengthen the TTP and other extremist groups in the country. The fear is that this will empower such groups to go on the attack. Christians in Pakistan are very frightened of the Taliban.” A former Pakistan parliamentarian, a Muslim who until 2018 represented Christians across the country and who asked to remain anonymous, went further, saying: “The TTP are more aggressive [than the Taliban] and, even though they have been banned by the Pakistan government, the threat they pose is very serious.” Concerns about such groups, as well as the massive relief work needed for the vast numbers of Afghan refugees already in Pakistan prior to the return to power of the Taliban, mean that Imran Khan’s government has, in the words of one priest I spoke to, “been very slow” to help those wanting to flee. The key Torkham border crossing to Pakistan has remained firmly closed. 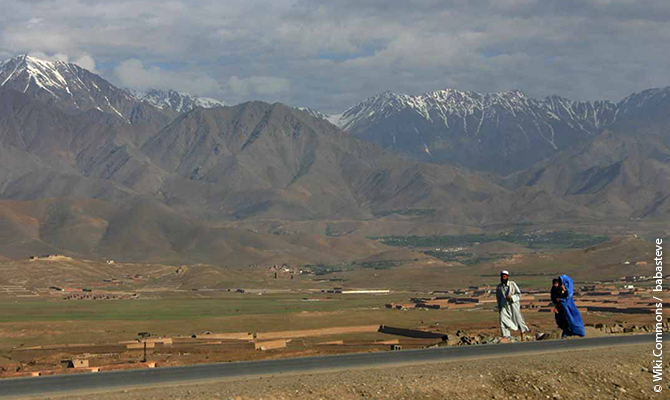 ALL THIS MEANS that Afghan Christians able to find their way to the West have been quick to do so. Last week came reports that Fr Giovanni Scalese, head of the Catholic mission in Afghanistan, was among many thousands of foreigners who fled the country. The Barnabite priest arrived back in his native Italy along with five Missionary of Charity nuns – among the last Catholic religious to leave the country. With them were 14 orphaned and disabled children and young adults. Following the safe evacuation back to India of two Jesuit priests, Fr Jerome Sequeira and Fr Robert Rodrigues from Jesuit Relief Services, Fr Scalese’s departure is understood to mean that no Catholic priests are left in Afghanistan. This coincides with information I have received that many of the Catholics remaining in the country – perhaps 100 in total – have also been airlifted out of the country. As for the Christians still left in Afghanistan, the future is very uncertain. There are growing calls for them to be evacuated. For these faithful, it is too much to hope that the Taliban will defy the odds, keep its word, and somehow allow some semblance of religious diversity to survive under its rule. So perilous is the situation now for Afghanistan’s beleaguered Christian community that the Church’s very survival there is on a knife edge.