Menu
Menu
Home > Cardinal Urosa: “The elections on 20 May is an affront to the political rights of the Venezuelan people”
Donate
Menu

According to the latest report by Caritas Venezuela, the inflation of food prices exceeded 1,300% in 2017. And the IMF (International Monetary Fund) estimates that inflation in Venezuela will reach 13,000% in 2018, the highest rate in the world. On May 1st, the minimum monthly wage was increased from 1.3 million bolivars to 2.5 million, an increase of 95%. It is the ninth increase since January 2017 and the third in the course of this year alone. Now this economic crisis has been exacerbated by a political crisis, the government having suddenly brought forward the presidential elections in the country to 20th May this year.

In its most recent communiqué, the Venezuelan bishops’ conference has declared that the holding of these elections is without legitimacy, because “as conceived, and without the necessary guarantees common to every free, trustworthy and transparent electoral process, and with the innumerable disqualifications of potential candidates, such an election, far from bringing about a solution to the crisis the country is facing, may even aggravate this crisis and lead to a humanitarian catastrophe without precedent.”

Maria Lozano, from the international Catholic pastoral charity and pontifical foundation Aid to the Church in Need (ACN), spoke to Cardinal Jorge Urosa, the Archbishop of Caracas with regard to the forthcoming elections.

These elections were planned for October or December 2018, but were brought forward to May this year. Members of the opposition, which is still very scattered, have criticised the lack of time available for organising a campaign and called on people to boycott the elections.

In my view – as I have already stated many times in recent months – this bringing forward of the presidential elections to 20 May is an affront to the political rights of the Venezuelan people. We have the right to elect our leaders in freedom and in an appropriate manner, with the possibility of achieving a viable democratic outcome. This is like playing a game of football, where one team brings forward the date of the match by 10 days from the date agreed on, without giving the other team the chance to gather its best players. These elections should be organised for the last quarter of the year, as established in the Constitution.

At the present time it appears that the opposition is not very active. There appears to be no real mobilisation ahead of the elections. It seems as though Venezuela is in shock. Is that the case?
Last year 140 people died in the repression of the protest marches. Some victims had absolutely nothing to do with the protests. I saw a video of a woman who was walking down the street; she wasn’t part of the marches, she was in fact walking away from the crowd, and then “bang” – a shot rang out and she fell down dead. That really shook me. I think that was terrible. We are all in shock. It seems as though evil is getting the upper hand… And that it doesn’t matter if children die or if someone surrenders and still gets murdered despite everything. In the face of so much suffering and without any answer, the people are despairing and discouraged.

The press release by the episcopal conference also speaks of the elections having no legitimacy…
These elections will not resolve the problem of the social crisis, and for that reason they are without legitimacy. These elections should be postponed, because in reality they are neither legal nor democratic.

Is the Church the only body in Venezuela to raise its voice?
No. There are many other groups that are not in agreement, and which are speaking out, for example political groups, the National Assembly… But the former are very fragmented and weakened, and they are all heavily threatened. The Church is not the only voice, not in the least, but perhaps we have more impact because confidence in the bishops within Venezuelan society is very high. And not just now; this has been the case for many years already… 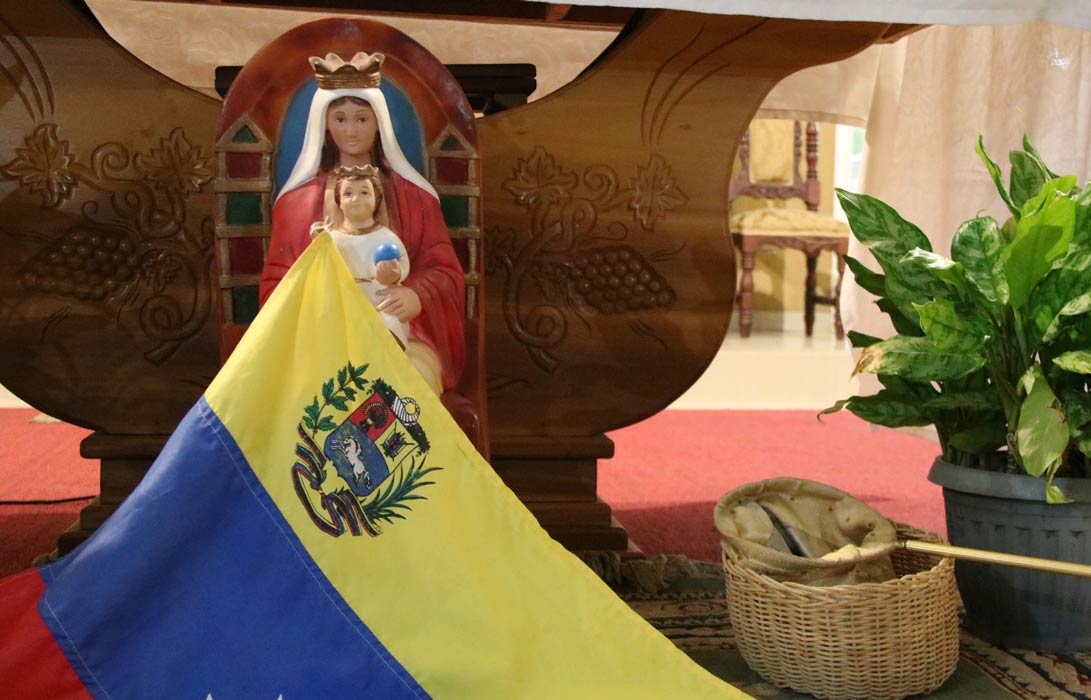 There are also those who suggest that the elections were brought forward because the economic situation of the country cannot wait any longer… Is that one of the reasons?
I cannot say. What I do know is that the reality of life in Venezuela is deplorable. The shortage of medicines and medical supplies is extremely serious, including the medical care in the hospitals; the shortage of basic foodstuffs and the high cost of food, the problem of transport, the lack of ready cash… 1 kg of meat costs the monthly minimum wage. Or a 1 kg of powdered milk… Who can afford it? How can it be that there is no money available in a country? That’s enough to kill any economy. We in the Venezuelan Episcopal Conference have raised our voices to denounce this social emergency and humanitarian crisis which exists in our country. The lack of electric lighting and water… No one has bothered to look after these structures or maintain the supply systems. It is desperate; it is terrible to see the country in ruins.

Venezuela seems to be bleeding to death. Caritas International has spoken of over 4 million people who have left the country… This would be 10% of the population!
There is an exodus because there is no future. There are people walking all the way across the border into Cúcuta (Colombia). The situation is critical. At the present time practically every Venezuelan family has a member who has left the country. This exodus is also affecting the Church; for example, here in the diocese of Caracas we have already lost four of our permanent deacons, who have likewise left, for family reasons. And there are also many religious congregations who are taking their sisters out of the country because they don’t have the resources to feed them or give them medical care.

What needs to be done to get Venezuela out of this crisis?
The situation is difficult to change. How can there be change when the government has occupied every position on the public bodies? There is no one to turn to. We have the National Assembly, but it is practically paralysed, just as the political parties have been effectively side-lined. At the same time it could be said that Venezuela has been “mortgaged” away in the grand international geopolitical game. The country has abandoned cooperation with some nations and established strategic partnerships with others, for example in the exploitation of oil and mineral reserves. In the south of Venezuela there are diamond mines, gold and coltan reserves… It’s like the famous Eldorado. Certainly, the damage to the environment and the uncontrolled mineral exploitation are other worrying issues… Today we can say that any conflict in Venezuela is not merely a conflict among Venezuelans. The country is a pawn in the international geopolitical and economic game. This makes everything even more difficult. But we must not cease to pray for our country or hoping for a peaceful solution.

The international Catholic pastoral charity and pontifical foundation Aid to the Church in Need (ACN) is calling for an urgent campaign of prayer and support for Venezuela. We are calling it, “Offer a Mass for Venezuela”.