Menu
Menu
Home > Albania: mission and challenges of the Church in the XXI century
Donate

Albania’s Communist regime tried to stamp out religion completely. Decades later, the country continues to suffer from the mass emigration of its younger citizens, due to lack of opportunities. Project director for Albania Marco Mencaglia, from Aid to the Church in Need International (ACN), visited the country and describes a young, vibrant and hopeful Church. In this interview he explains how ACN is contributing to this rebirth.

Albania has the largest Muslim population in Europe, with more than 60%. Christians make up 36.8% of the population. What is the situation of the Catholic Church?

Albania is among the five poorest countries in Europe. It has a population of around three million, 10% of which is Catholic, distributed between five dioceses and one apostolic administration. Most of the Catholics live in the northern part of the country, where they even form the majority of the population. The Church in Tirana, the capital, in the middle of the country, is particularly in need. There are very few diocesan priests. Pastoral work is carried out by religious communities, with very little means of support. To this one must add the internal migration of people who come from the north of the country in search of a better future in the capital. The south, which has a very small number of Catholics, can be considered first-mission territory, and a starting point for a new mission. Many brave missionaries have arrived in this region to begin new communities where the church was completely unknown. Even though Catholics are a minority in the south, relations with the majority Muslim population are good. On the other hand, the Albanian Church was recently reinvigorated with the appointment of four young bishops, three of whom are under 50, and who are taking on the challenges facing society at the moment. 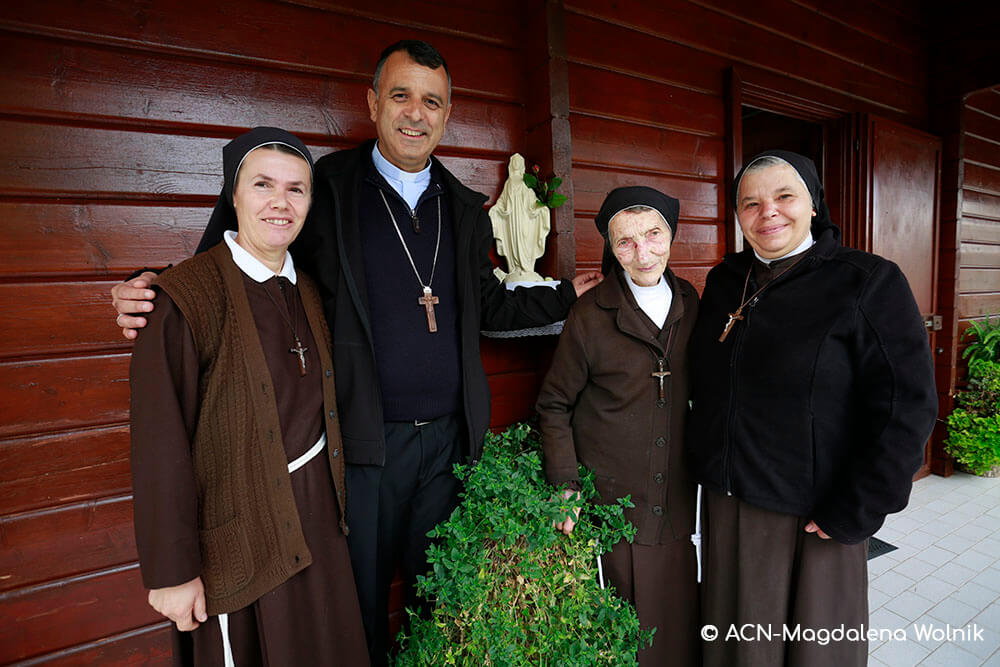 When Pope Francis visited Albania in 2014 he spoke of the country’s “atrocious suffering”. To what was he referring?

Albania was under the Ottoman Empire from the fifteenth to the beginning of the twentieth century. During that time the Catholic population had to find refuge in the mountains of the north, the poorest part of the country, which was neglected by the government. At the beginning of the twentieth century the Church experienced a period of comparative freedom. However, after the Second World War the country became a Communist state. In 1967, Albania was officially declared the first atheist country in the world under Enver Hoxha. The Church was systematically persecuted and neither the structures nor the faithful were spared. Some churches were adapted to different uses. The cathedral in Shkoder, for example, was turned into a sports hall, and the cathedral in Durres was used as a puppet theatre. This persecution was almost unknown internationally, but it was one of the fiercest in Europe. Details only emerged following the fall of the regime in 1991. As the Pope said during his visit to Albania in 2014, these were “decades of atrocious suffering and terrible persecution”.

This bloodthirsty regime forced many to abandon the country. The situation on the ground has changed, but emigration continues to be a problem. 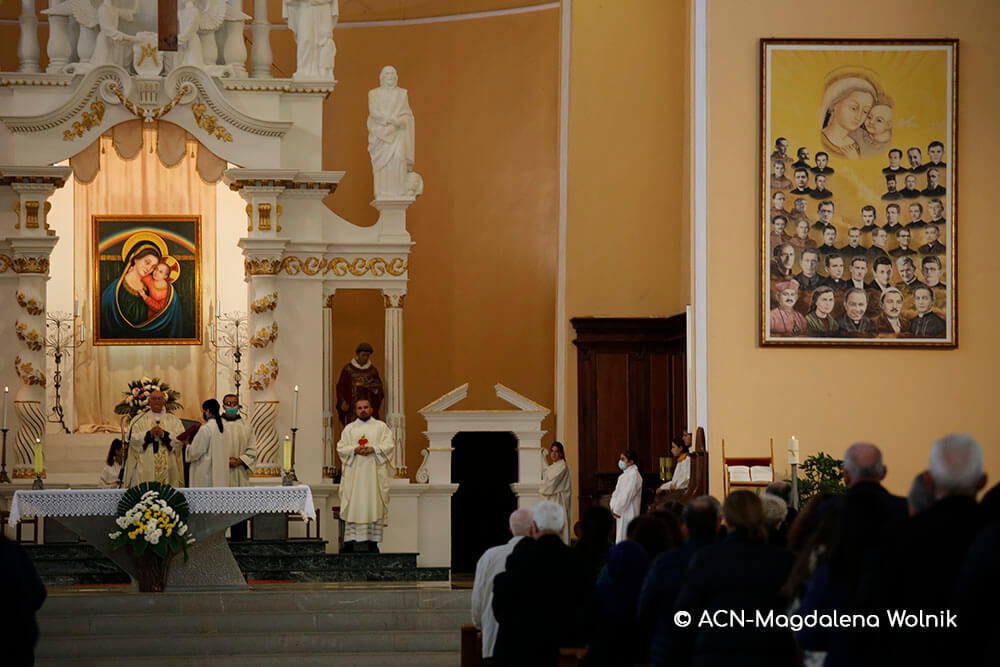 At the moment what we are seeing is emigration mostly from the north of Albania to other countries. Immediately after the fall of the Communist regime, emigration was primarily to Italy. After that it has been mostly to Germany and the UK. In the 90s people would flee in overcrowded ships, leaving the country in search of a better future. This more recent wave of emigration is not en masse, but more of a steady trickle, especially of young people, a whole generation that is running from the country’s difficult situation, marked by crime, lack of opportunities and corruption. The Church has tried to stem this flow, but it is very difficult. Many priests and missionaries are in the country to support the people, despite all the hardships.

During your visit was there any story that particularly caught your attention?

Yes, indeed. I remember a conversation with Sister Loise, from Kenya, who is part of an Italian congregation working in Albania for many years. She told us that she is in charge of the apostolate with the gypsy community in the south of the country, a community which suffers from discrimination from the rest of the population. As part of their work, they received gypsy children in the school they run. This led the other parents to remove their children from the school, but nonetheless the sisters continued with their mission, now caring only for a few gypsy children. Sister Loise explained that after two years the gypsy kids started getting very good grades. Because of this, the other Albanian families decided to enrol their children in the Catholic school again. We can say that this was a small victory against internal discrimination.

In the midst of so many challenges, what has ACN been able to do for the Church in Albania?

The local church in Tirana, for example, received ACN support to build a pastoral centre for the Jesuits next to the church which used to be a cinema, and which has also been renovated. The centre will be ready by next year and will mark a historical achievement for the Church in Albania, since the Jesuits resisted tremendous pressure and offers to sell the land to build another skyscraper in the middle of the city. 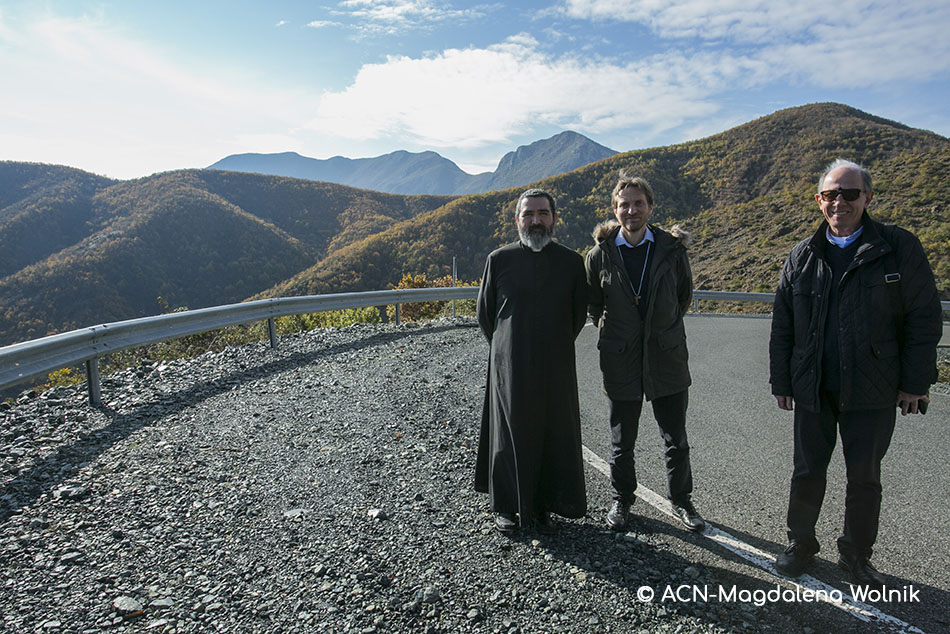 In the capital we are also helping with ethics education in Catholic schools, and pastoral work with young people and students, to give them better prospects and convince them to stay in the country. In the north we have supported Catholic communities in isolated locations in the mountains and provided means of transport for the Church. In the south some buildings are being built, or renovated, to aid with the first wave of evangelisation, in places where the Church has never been present before.

ACN’s goal is to keep the church in the north alive; to help with the evangelisation of migrants and the education of young people in Tirana, and to support the first evangelisation in the south of the country.