Official figures claim that two-thirds of the 17.9 million Chileans are Catholic. However, according to recent surveys, the percentage is actually much lower at just 45%. But many faithful are very involved in church life, even though the Catholic Church in Chile is going through difficult times. Already in 2019, the Church suffered increasingly from social unrest in the country, in which church buildings were not spared. In 2020, houses of worship and church facilities were again the target of violent attacks. Against this backdrop, ACN affirmed that it would continue to provide undiminished assistance to Christians in Chile. 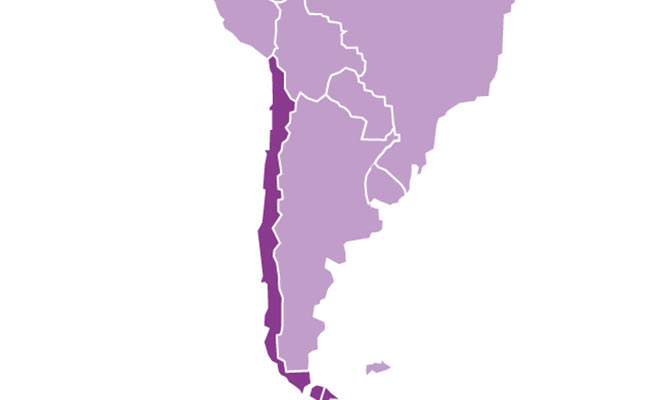 The current escalation of violence in Chile first ignited in autumn 2019 in the capital Santiago de Chile, which is also the country’s seat of government. Here, protests took place that were directed against social inequality in the country. 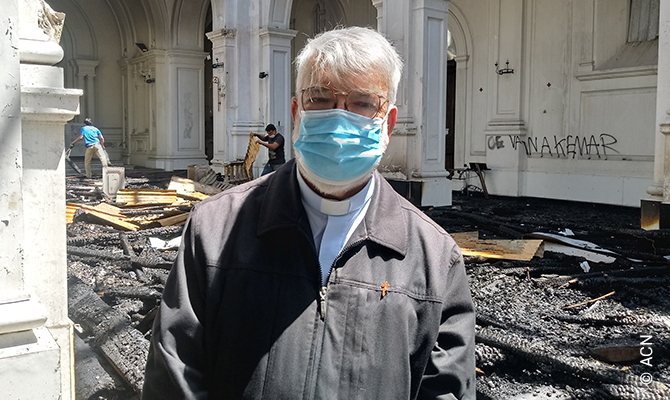 Excessive violence followed, in which the Catholic Church also became the target of the resentment and hatred of some groups of demonstrators. To the dismay of all Christians in the country, the attacks on the Church continued in 2020.

According to information made available to ACN, between October 2019 and the end of 2020, some 60 places of worship and church facilities in Chile were attacked and burned down. Our relief organisation will not leave the Church of Chile stranded.

The demand for social change legitimises neither hatred nor violence and destruction.

In 2020, we supported priests, primarily with Mass stipends, and provided them with protective material for the pastoral care of Covid-19 patients in the hospitals of the various dioceses. Support continued to be provided for the training of seminarians, for priests are and remain the builders of the Church’s spiritual future. 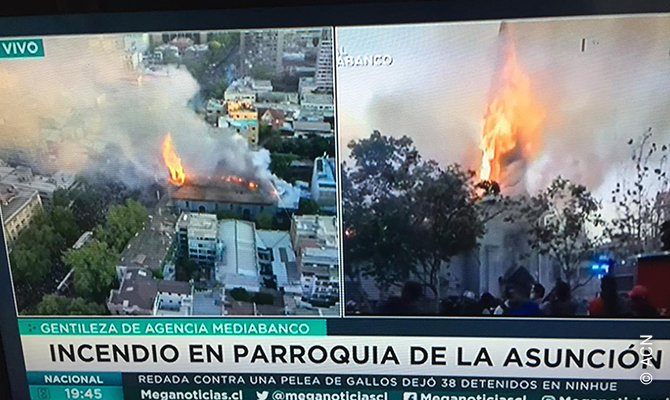 Arson attack on a sacred building in Santiago de Chile

18 October 2020 was a dark day when the Church of the Assumption, one of the oldest sacred buildings in the Chilean capital, was burnt down. The attack occurred on the fringes of a demonstration by government opponents.

Seeing a church destroyed by arson hurts the soul.

The Archbishop of Santiago condemned the act of violence and called for peaceful demonstrations. The church, built in 1876, had already been severely damaged in an attack in 2019. The priest there, Pedro Narbona, is also the ecclesiastical assistant of the Chilean national office of ACN.