“Teaching on charity was very valuable for our foundation”

It is with deep sorrow and great gratitude that the international pontifical foundation Aid to the Church in Need bids farewell to Pope Emeritus Benedict XVI. He was an exceptional friend and supporter of the foundation, says ACN’s President, Cardinal Mauro Piacenza: “The teaching of Pope Benedict, who dedicated his first encyclical, ‘Deus Caritas Est’ to the subject of charity, has been very valuable to ACN.” Through it he strengthened the mission of the foundation which “on the basis of its founding charisma is completely taken up with charity, so as to help the suffering Church”.

During his foreign travels Pope Benedict got to know the dedication of the foundation to suffering and oppressed Christians. In 2007, for example, he made an apostolic journey to Brazil and visited a drug rehabilitation centre, the “Fazenda da Esperança” (Farm of Hope), supported by ACN. ACN raised to a pontifical foundation

For many years Pope Benedict accompanied the work of the international Catholic charity in a significant way. Cardinal Piacenza recalls that it was Pope Benedict XVI who in 2011 raised the charity to the status of a pontifical foundation and started a comprehensive modernisation process. In the letter of confirmation (Chirograph) the Pope honoured the accomplishments of the foundation, “which for 65 years has accompanied the Church everywhere that financial means were lacking or where there were violations of the freedom of religion which made the exercise of its mission to evangelise difficult or even impossible”. Through its transformation into a pontifical foundation ACN received the form in which it continues up until today: Pope Benedict named Cardinal Mauro Piacenza as its first president.

Pope was a supporter of ACN

Already in his time as Cardinal and Prefect of the Congregation for the Doctrine of the Faith Joseph Ratzinger was connected to ACN. Back in 2002 when he was still a Cardinal, he said: “I support ‘Church in Need’ [ACN’s name at the time], because I know that it is really doing a service to faith. Many think that you can only support social work in the narrow sense of the word; that you should leave it up to each person what they believe. But in reality, nothing is more important than bringing God to people, helping them to find Christ, because only then do the powers of faith awaken, which are the decisive form of energy for world history. ‘Church in Need’ meets the need for faith, and thereby does what is most necessary for our world.”

“This power of the faith Pope Benedict spoke can be experienced by ACN every year in the hundreds of thousands of donations that make it possible to help strengthen the Church and the faith in the world”, says Thomas Heine-Geldern, Executive President of Aid to the Church in Need.

A pope engaged in the formation of young people 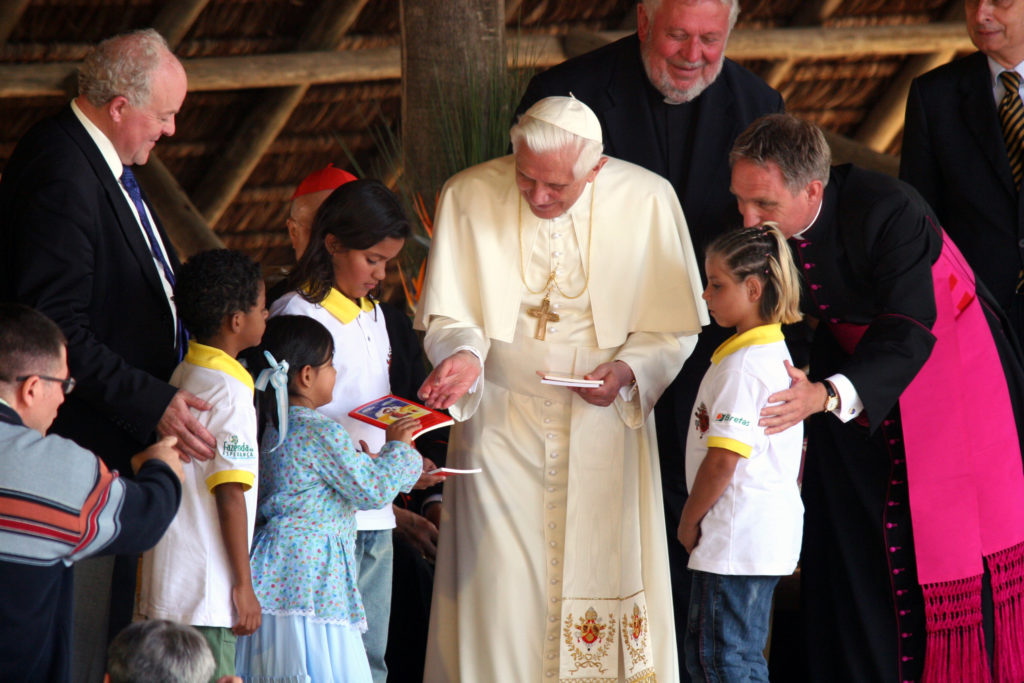 Heine-Geldern remembers how close young people were to Pope Benedict’s heart: “He also committed this important concern to us, through the care, distribution and development of the youth catechism YOUCAT.”

Today the YOUCAT Foundation is a firm part of Aid to the Church in Need. It supports the Pope’s mission of information and proclamation. In the forward to the youth catechism Pope Benedict addressed young people directly: “You must know what you believe. You must know your faith as precisely as an IT specialist knows the operating system of a computer. You must understand it as a good musician understands a piece. Yes, you must be more deeply rooted in your faith than the generation of your parents, to be able to face the challenges and temptations of this time with strength and decisiveness.” 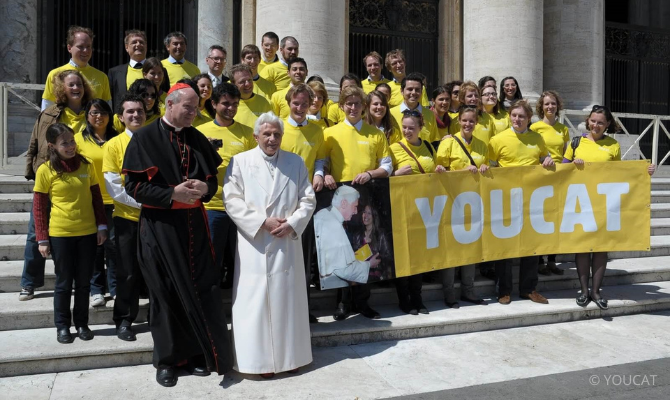 Christianity as a religion of freedom and love

The enduring legacy for the whole Church of the deceased Pope was “the feeling of identity and belonging amidst the dictatorship of relativism, which has often become fundamentalism,” said Cardinal Piacenza. Benedict XVI communicated to the faithful that Christianity was just as much a religion of freedom as a religion of love. “He showed that relativism was at the basis of many demands for rights, and that freedom, when it becomes detached from reality, destroys itself.”

Together with his appreciation of liturgy and prayer, the Pope thereby communicated values which in the practice of ACN, “support its practical work of assistance and which are its origin,” says Cardinal Piacenza. He calls upon the beneficiaries of the foundation to pray for the deceased Pontiff Emeritus and for the whole Church and to pass on the Pope’s message through works of charity.