A large proportion will go to projects related to construction and restoration, or education and religious formation, with much support also for rent and basic food and medical assistance. Without programmes such as these there is a serious risk of Christians leaving the region for good.

The pontifical charity Aid to the Church in Need (ACN) will be funding five million euros worth of projects in Syria and Lebanon to help the local Christian communities face increasingly difficult conditions in those countries. 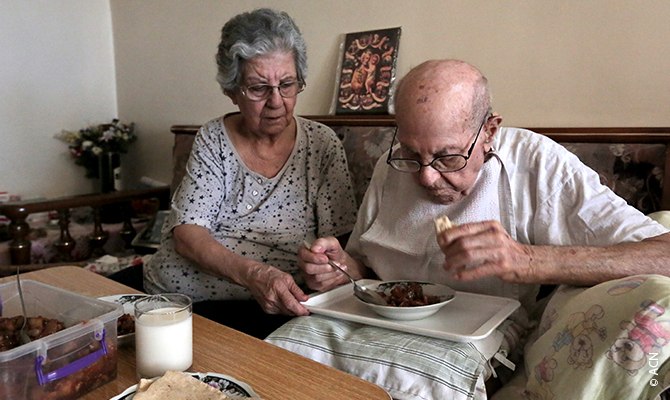 With Syria still locked in a decade-old civil war, and Lebanon struggling with an extreme financial, social, and political crisis, aggravated by the explosion of the Port of Beirut in 2020 and the recent resurgence of tensions between different ethnic and religious groups, many Christians are tempted to abandon their native lands, as hundreds of thousands already have. 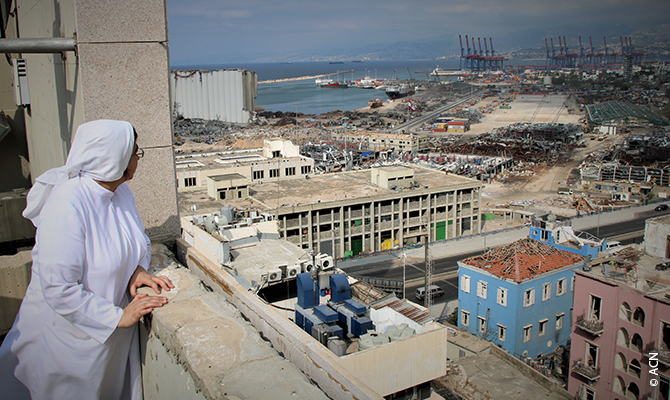 In a recent interview with ACN, patriarch Jospeh Younan III, of the Syriac Catholic Church, stated clearly that if the situation does not improve radically the presence of Christians in the region could end soon. “We are very, very scared that if this crisis continues it will be the end of Christians in Lebanon and the whole of the near East in a few years. Normally when Christians leave, as happened in Iraq, Syria, and Turkey, they don’t return.” 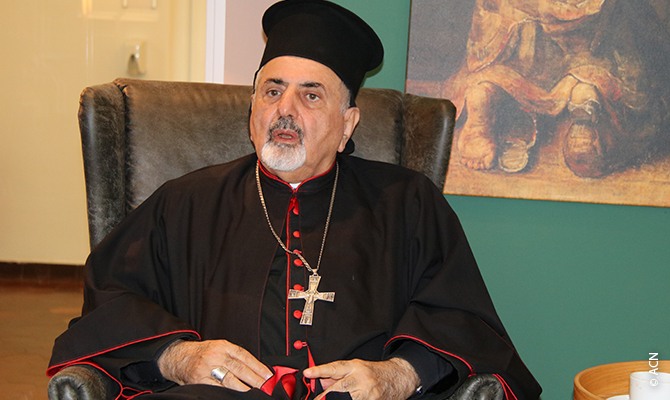 To help stave off this tragic scenario, ACN has just approved a set of new projects which will help give Christians in both Syria and Lebanon the immediate aid to help them live their daily lives and regain some hope to remain in their countries.

Syria – where many Christians are living on less than one dollar a day and ACN has been providing material and financial support for many years – is a major beneficiary of these projects. They will include funding meal programmes for the elderly, fuel for the central heating system of a residence for young female students, money for six-months supply of medicine and daily cost of living for families, and many other initiatives, including scholarships for students. 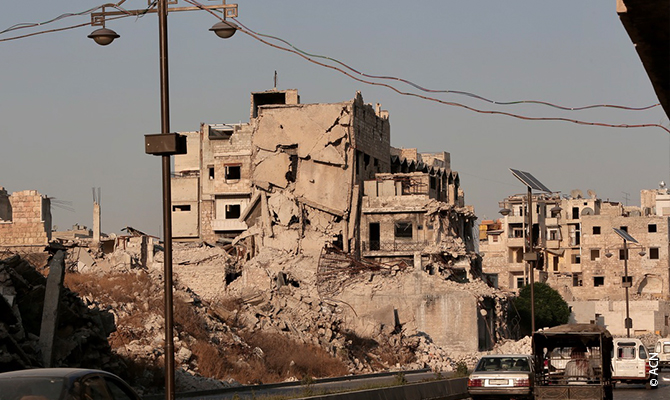 One special project is aimed at giving aid to young newlywed couples, a need commented on by ACN project manager Regina Lynch following a recent visit to Syria. “Many young people don’t get married because they can’t afford to set up home together. It is a situation that also worries the bishops, recognizing that the faithful do not marry because they simply cannot afford it. We are working on a project in Aleppo, which will consist of giving couples enough money to cover basic needs for setting up home or to pay the rent of a flat for two years.”

The devastating situation in Lebanon has led ACN to increase its aid to the country since August 2020. Whereas prior to that date most funding to Lebanon was aimed at supporting Syrian refugees, now it is the Lebanese communities themselves who require assistance. Projects in Lebanon include food packages for needy families, heating for others to get through the harsh winter, as well as Mass stipends to support the clergy. In partnership with the Maronite Archdiocese of Tyr, for example, food packages will be supplied to needy families for the next eight months. 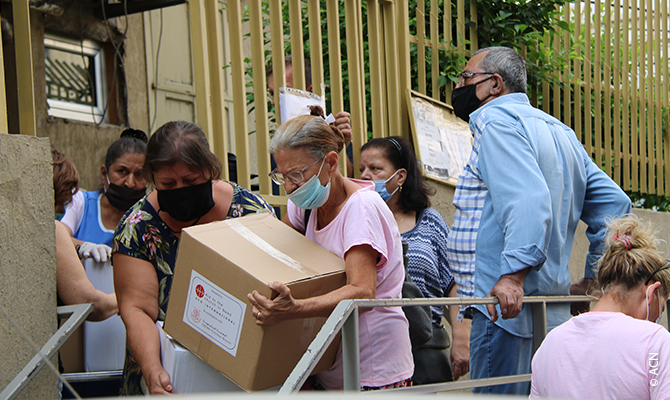 Christians in Lebanon and in Syria belong to different communities and denominations. Besides different Catholic rites, there are also a variety of Orthodox Churches. Ecumenical relations are generally very good and most of the projects benefit Christians from all denominations. With these aid packages some of the funding will go directly to Orthodox Churches such as the Greek Orthodox and the Syriac Orthodox, as well as the Armenian Apostolic Church, all of them in Aleppo, which saw their applications approved by ACN. 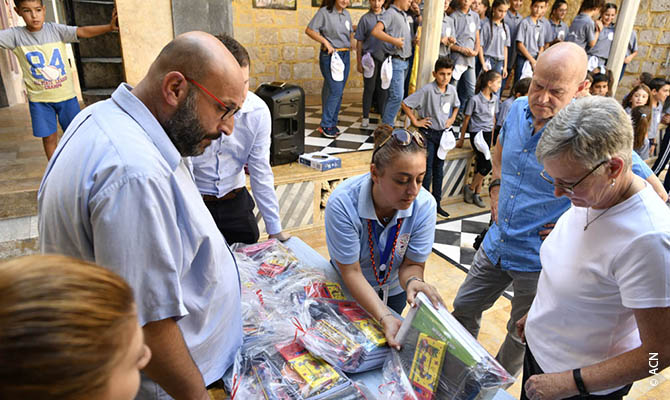 “Pope Francis has spoken often of an ecumenism of blood. Faced with so many difficulties and persecutions, the doctrinal and theological differences between these communities seem almost irrelevant when compared to the shared witness of love for Christ and for an enduring Christian presence. We are very happy to help our Greek Orthodox and Armenian Apostolic brothers and sisters in Aleppo by funding some of their projects and thereby helping to preserve the rich tapestry of Christian traditions in Syria”, says Thomas Heine-Geldern, executive president of ACN. 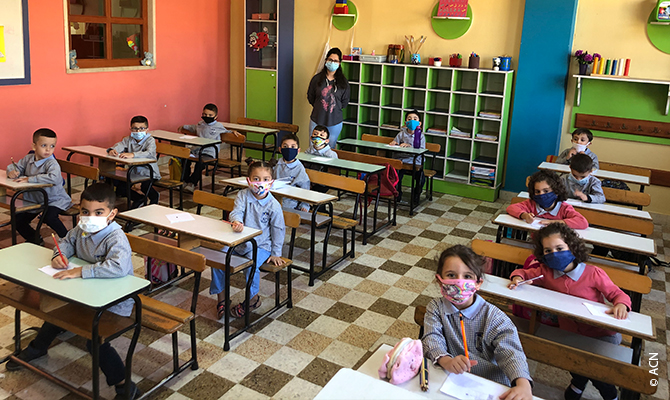 Almost 1.5 million euros of the total sum for both countries will go to restoration and building projects, providing communities, schools, and religious orders, amongst others, with the material conditions to be able to carry on their missions. Additionally, around 1.1 million is earmarked for educational projects, in recognition of the importance both of regular schooling and education in the faith for young and adult Christians alike. 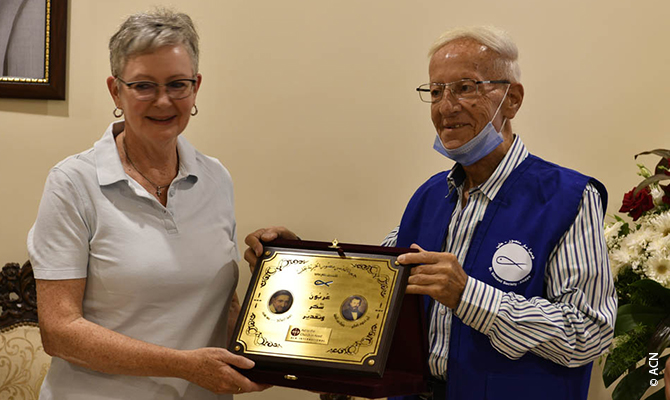 “ACN has got involved heavily in this region for several years now. Though we cannot use our influence to impose peace or stability, we can use the money our benefactors generously give us to help create the conditions to keep alive the Christian presence in this part of the Middle East. Christians have lived in these lands for 2000 years, but if we do not help now their heritage could become no more than a relic”, says Thomas Heine-Geldern. 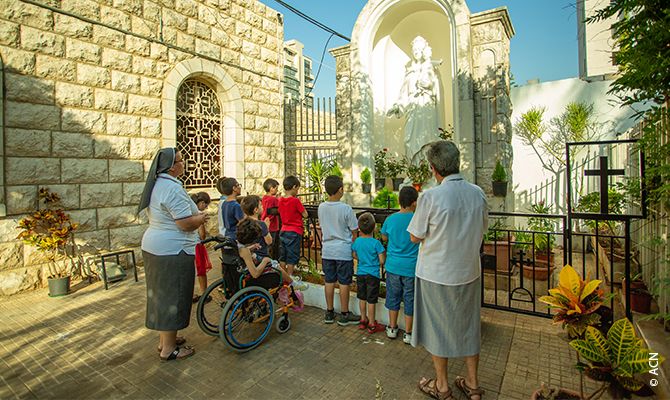 Christians used to form a majority of the population in Lebanon and around 10% in Syria. Years of instability, however, have led many to leave and seek peace, freedom, and better economic conditions in the west, or in the Gulf States.