Menu
Menu
Home > In India, the Church serves all, fighting discrimination on all fronts
Donate

Bishop Sarat Chandra Nayak of Berhampur was recently appointed by the Catholic Conference of Bishops of India (CBCI) as the Chairman of the Commission for Scheduled Castes (SCs)/ other Backward Castes (BCs). An important part of the Commission’s task is to shape the Church’s policies with regard to the country’s dalits—the lowest caste in the Hindu hierarchy, formerly known as ‘untouchables’—who suffer severe discrimination in Indian society. Dalits comprise 65 percent of India’s Catholic population of close to 20 million. A native of Kandhamal, Odisha State, where some 100 Christians were murdered by a Hindu mob in 2008, Bishop Nayak is one of only 12 dalit bishops, out of a total 224.

Why are Christian (and Muslim) dalits still denied affirmative action, even though the Indian Constitution guarantees equal rights to all citizens?

After independence from England in 1947, the Indian Constitution went into effect in January 1950. It guaranteed equal fundamental rights for all its citizens, irrespective of castes and creed. On Aug. 10, 1950, a Presidential Order went into effect to grant Hindu tribal people and dalits affirmative action benefits to compensate for their low socio-economic status after centuries of neglect and discrimination. Dalits belonging to other religions, however, were not included. Eventually, Buddhist and Sikh dalits were granted the so-called ‘Scheduled Castes’ status along with the benefits. However, Muslim and Christian dalits remain deprived of these rights to this day, despite continuous protests and appeals to the government for the past 60 years.

Previous Governments, mostly run by the Congress Party, did not have the political will to amend the Constitution, even when it had the absolute majority in Parliament. The present BJP government, with its Hindu nationalist ideology, is openly against extending the Constitution’s affirmative action provision to Muslim and Christian dalits.

Is the Church in a position to change the situation? What is the Church’s strategy on this front?

Christians comprise only 2.5 percent of the total population, so, politically, the Church has not been able to do much to challenge the constitutional validity of the 1950 Presidential Order. It must be challenged, as it discriminates purely on the basis of religion, which runs against the basic tenets of the Indian Constitution that hold that all citizens must be treated equally—irrespective of caste, creed, gender or religion. The Church’s sustained peaceful protests have not succeeded thus far, though news coverage has brought the issue to the attention of the general public.

As a strategy, the Church is trying to fight it out alongside Muslims and people of goodwill from other faiths and various political ideologies. The Church is also trying to unite all dalits on this issue; unfortunately, Hindu, Buddhist and Sikh dalits are concerned that the extension of benefits to Muslims and Christians might reduce their benefits. Finally, the Church approaches the issue from a human rights perspective. The deprivation of dalit Christians is a violation of human rights, a violation by international standards. 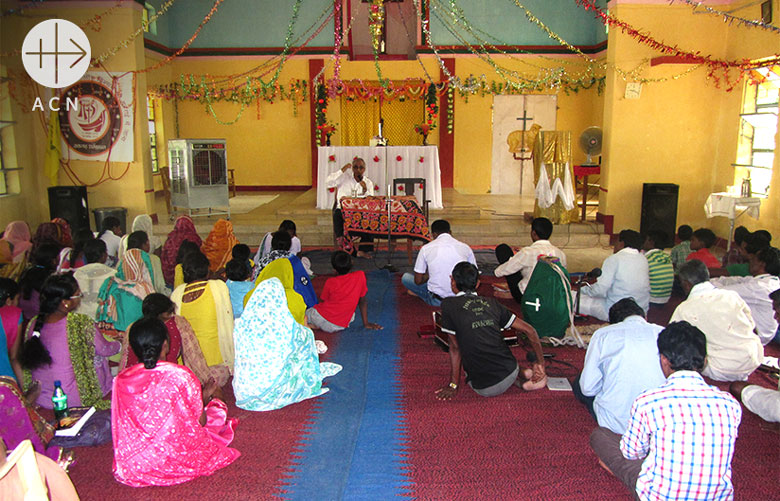 Some believe that if Christian dalits were granted government benefits many Hindu dalits would convert to Christianity. What are the aspects of the Christian life that are attractive to lower-caste Hindus?

The fear of mass conversions to Christianity seems unfounded; it is also another form of degrading dalits to presume they would change their religion to gain material benefits.This has been the strategy of the Hindu mind-set, irrespective of political ideologies: to instil fear in the Hindu majority of a mass exodus. Facts prove that the opposite is true: even though dalit Christians are deprived of government benefits, and even, in some states, suffer discrimination. They still remain faithful in their faith—even to the point of suffering martyrdom. What’s more, when the affirmative action provisions were extended to Buddhists and Sikhs, Muslim and Christian dalits or the Hindu dalits did not join those faiths.

It’s true, however, that Christians are known for their peace-loving, service-minded way of life that respects all people and that is dedicated to the work of mission. Hindu fundamentalists try to prevent or put obstacles in the way of Christian services such as those in the field of education, health care or social services, lest people get attracted and embrace Christianity. Six states have anti-conversion laws in place to prevent any conversions. It is often said and accepted as fact that, though they only account for 2.5 percent of the population, Christians provide 20 percent of national service in various fields—yet, the size of the Christian community has not grown much in India.

Can you explain why Hindu nationalists are so hostile to Christianity?

First of all, they associate colonial British rule with Christianity. Relatively few British came to India and yet they ruled it for more than 200 years; the Hindu nationalists fear that if there are more Christians in India, they will rule India again. Christianity is seen as a foreign religion. Secondly, Christianity challenges various tenets and practices of the Hindu religion and Hindus fear of losing their influence.

For example, the Christian faith challenged the age-old practice of sati pratha, by which a widow was burned alive together with the dead body of the husband; Hindu religion held that women have no independent existence apart from men—that widows have no right to exist, to own property or to remarry. That practice is almost fully eradicated today. Secondly, there is the jati pratha (the Castes System), which classifies people according to their birth and treats them as low or high. There are no social relationships allowed among the various castes.

Dalits are considered outcasts or untouchables—even coming under their shadow is considered to make someone impure. The caste system does not allow a person to take up a profession other than the job of the caste or family one is born in. The Church strives to eradicate caste-ism.  It promotes and upholds the equal dignity and rights of every citizen.

The hindutwa ideology espoused by Hindu nationalists is trying to impose cultural nationalism, which calls for one culture, one language and one religion. While faithful to the teachings of Christ, the Church recognizes, respects and promotes the pluralism of cultures and language.

Finally, Hinduism is steeped in many dark beliefs, including the practice of black magic, sorcery, etc., which are used to exploit, torture and blackmail people. The Church, through education and awareness-raising, especially among dalits and tribal people, liberates people from these evil forces. 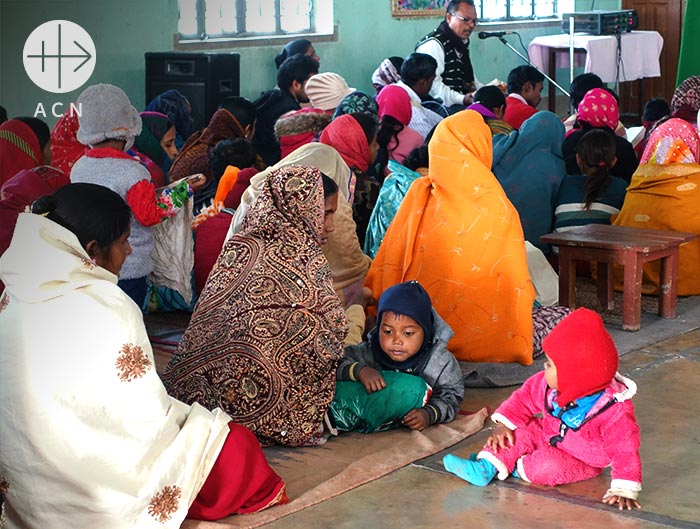 What are the bishops doing to combat discrimination of Catholic dalits within the Church itself?

At many national meetings, the bishops of India have issued statements calling for the end of the discrimination of dalits and of caste-ism, not only in the Church but also in society at large. However, caste-ism appears to be deeply rooted in the psyche of many Indians, including Christians. The “tail” of caste-ism survives even after Baptism. Now, by formally adopting the dalit policy in the Church, the Indian bishops have committed to a campaign to empower the dalits and educate all the faithful, reaffirming the equality of all people, and stressing the fact that dalits must be given equal opportunity in various professional and social fields.

How does the tension play out between deep-rooted Hindu notions of purity and the Gospel’s message that all men and women are equally worthy in the eyes of God?

Caste-ism in India is not only part of the Hindu religion—it is part of the Indian culture. Even though the Constitution of India forbids the practice of caste-ism, it still exists; and, sadly,it still exists even among Christians. In the past, as part of a missionary strategy for evangelization, caste-ism was tolerated by some missionaries, and some of that attitude persists today. Christianity is believed to first have been brought by St. Thomas to Kerala and some parts of Tamilnadu; local higher-caste Christians for centuries claimed a direct bloodline to the apostle; because of this caste mentality, the faith remained confined to that region and did not spread to other parts of the country for more than 1500 years. It is only when St. Francis Xavier came to India that Christianity spread. 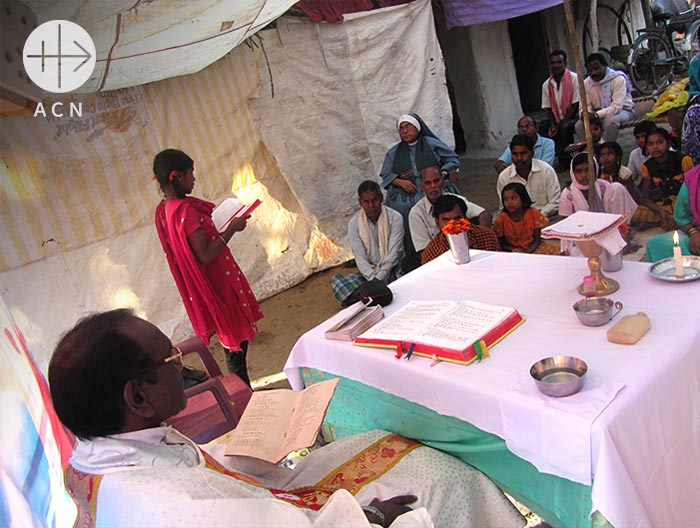 You are a dalit yourself; what has been your experience pursuing your vocation in the Church?

I personally did not experience any discrimination in my childhood and even during my seminary formation. Discriminating people according to caste is not only un-Christian; it is also inhuman.  I am happy to be a priest and consider my priesthood to be the greatest gift God has given me for the good of His people. The episcopacy is an added responsibility and I try “to be a happy servant,” which is the motto of my episcopate. Being a dalit, it may be easier for me than for others to understand the concept of a being servant; and as a first generation Christian in my family, my faith in Christ brings me great happiness—as it is still new and still uncontaminated.