In the first years of the Syrian war, when it was a matter of sheer survival, ACN was able to save tens of thousands of Christians with emergency aid projects. But even after ten years, the war is not yet over. In particular, the city of Idlib, close to the Turkish border, as well as the Jazira Region in the north-east, are still sites of conflict. Meanwhile, only one-third of the former 1.5 million Christians still live in the country. In 2020 ACN mainly helped with ensuring survival, education, medical supplies and church reconstructions. We also launched an emergency pandemic relief programme for Christians. 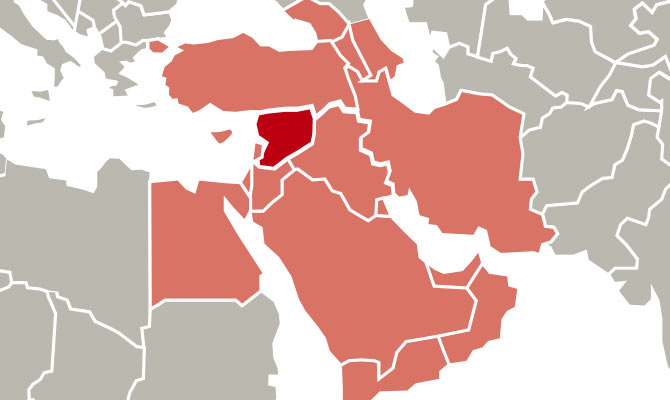 Since the beginning of the war in 2011, ACN has supported projects in Syria totalling around 42 million euros. In 2020, our aid reached a volume of over 3.4 million euros. The support is still urgently needed, because Syrian Christians have suffered severely in the civil war. Today, it is estimated that only one-third of the 1.5 million Christians who resided in the country before the war are still living there. Even though the guns are now silent in many regions, the violence continues in northern Syria. In Idlib District, for example, some villages are still under the control of jihadists. The economic sanctions imposed by the EU against the Assad regime are also causing severe suffering amongst the Syrian population. The poor economic situation in neighbouring Lebanon is also having a devastating effect on the Syrian economy.

The dollar exchange rate has skyrocketed, and with it, also the prices for housing, basic foodstuffs and fuel. This tempts many parents not to send their children to school or university in order to avoid “hidden education costs”, including travel expenses, textbooks and photocopies. In order to prevent students from dropping out, ACN again supported 550 students at Damascus University with scholarships this year. We were also able to help 300 families with rent subsidies. In addition, our relief organisation launched a pandemic emergency aid programme that enabled many Christians to buy food and protective materials. The health system in Syria is also in ruins. Many doctors have emigrated because terrorists have kidnapped many and threatened to kill others. Drug prices have tripled since 2016, and there is a shortage of doctors and medicine. Those who are ill are often forced to seek help from charities and churches. ACN is therefore supporting 200 sick people again this year with necessary medicines and remedies through the religious sisters congregation “Sœurs de la Charité de Besançon” in Damascus.

With ACN’s help, 25,000 warm coats were distributed to needy children in Aleppo, Damascus, Homs and other Syrian cities at Christmas. The coats were made in sewing factories in Aleppo thanks to the initiative of Sister Annie Demerjian, a long-time project partner of ACN, and the Congregation of Jesus and Mary. This major order provided many Syrians with the opportunity to earn a living for their families for several months in the midst of high unemployment. 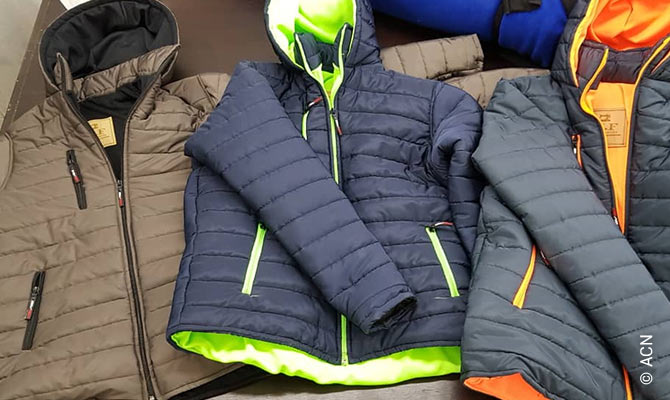 Few things give believers more hope in times of war than the rebuilding of destroyed places of worship. Such a sign of hope was also the consecration of the rebuilt Maronite Cathedral of St Elijah in Aleppo on 20 July 2020. Between 2012 and 2016, it had been severely damaged by several major rocket attacks and numerous smaller attacks. In 2013, the cathedral was most severely destroyed when jihadists stormed the district and attempted to destroy all Christian landmarks. ACN had supported the reconstruction with 400,000 euros. Aleppo, besieged by rebels between 2012 and 2016, is one of the cities worst hit by the war. The population is still suffering from the consequences today. In the reporting year, we were able to support a total of 53 projects in Aleppo.

To thank us for this help, the Syrian Catholic Archbishop of Aleppo, Monsignor Antoine Chahda, celebrated Holy Mass in the Syrian Catholic Cathedral of the Assumption on 20 December 2020 for the intentions of benefactors of Aid to the Church in Need. Among the guests were the heads of seven other Christian churches in the city, including Catholic and Orthodox bishops. The service was broadcast live on Facebook and was also a sign of hope for many benefactors in donor countries, especially as the coronavirus pandemic rages.

The prayer campaign “Comfort My People”, which was launched the previous year by ACN and the Catholic and Orthodox Churches in Syria, also continued in 2020. At the centre of the initiative is the icon “Our Lady of Sor-rows, Consoler of Syrians”, blessed by the Pope. The aim is to provide not only material but also spiritual aid to Catholic and Orthodox believers in Syria. In particular, it is hoped the campaign will allow families who have lost loved ones in the civil war to experience solace and compassion again. For people of different denominations, this initiative was also an occasion for encounters and discussions.

We were saddened to learn that the Syrian Orthodox Metropolitan of Homs, Selwanos Boutros Alnemeh, died on 7 December at the age of 52 after a short and serious illness. We are deeply saddened by the loss of our friend and project partner, with whom our relief organisation has been able to implement nearly 40 projects over the past seven years. Our joint trip to Geneva and Brussels in 2016, where we informed representatives of the UN and the European Union first-hand about the situation in Syria, will also remain unforgotten. Selwanos Boutros Alnemeh was a role model for ecumenical cooperation and was also tireless in his commitment to his people.