Lebanon has often been praised as the Switzerland of the Middle East. Not least because of its comparatively high level of prosperity and the peaceful coexistence of religions. But the consequences of the civil war, the endless conflict with Israel and economic decline have plunged the country into chaos. To compound matters, the flow of Syrian war refugees, the coronavirus pandemic and the trauma of the terrible explosion in Beirut in August 2020 are placing heavy burdens on Lebanese society and thus also on many Christians in the country. Our aid to Lebanon was therefore high on our agenda. 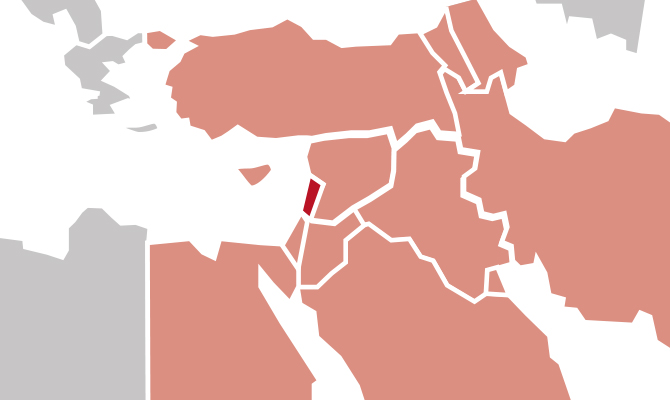 Lebanon was once the only country in the Middle East with a Christian majority. Today, only 34% of the inhabitants are Christians. Of those under 25, only a quarter are Christians. But Lebanese Christians enjoy a high level of respect in society; Christian schools are appreciated by people of all faiths, and above all they form a bridge between the different denominations in the country. Many Lebanese, however, see the refugee situation in the country as problematic.

The war in neighbouring Syria has brought around 1.5 million refugees to Lebanon, which itself has only 4 million inhabitants. In addition, there are between 200,000 and 500,000 Palestinian refugees who further complicate the local situation. Many Christians are now thinking of leaving the country. This is because the economy in Lebanon is deteriorating, compounded by inflation and high unemployment. The survival of the Catholic schools is also uncertain, as they have difficulties finding money to pay their teachers. A lack of Chris-tian school education for children is a further reason for families to emigrate. 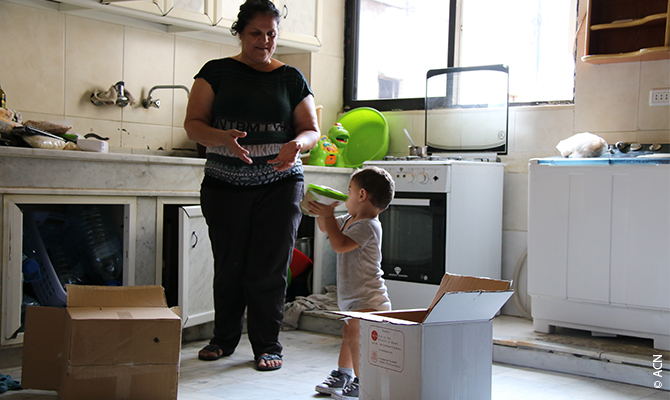 The crisis started back in 2019, when tens of thousands took to the streets against corruption and mismanagement. The Lebanese currency has lost more than 80% of its value in less than a year, and the price of basic foodstuffs has risen by up to four times. According to the United Nations, more than 55% of the Lebanese population are now poor – nearly twice as many as last year. The Lebanese are forced to struggle daily to cover their basic needs.

Many Christians are thinking of leaving the country.

But it is not only the poor economic situation, but also the constant feeling of insecurity caused by the permanent crisis with Israel that contributes to many people’s desire to emigrate. ACN therefore sees its most urgent task in giving Christians in Lebanon new hope and prospects so that they can stay in their homeland. 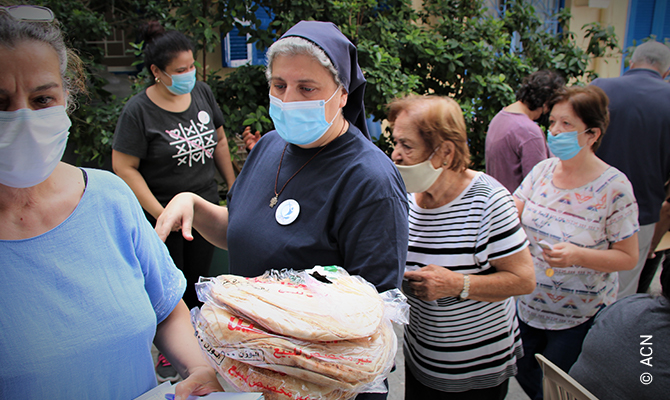 For many believers, the Church is the centre of their lives. And we want to strengthen this in the long term. For us in 2020, this naturally also included funding priestly formation and Mass stipends, which make an indispensable contribution to the livelihood of priests in need. We supported Lebanon with a total of around 3.9 million euros in 2020.

As if Lebanon did not already have enough burdens to bear, on 4August 2020 a disaster of unimaginable proportions also struck the country, shocking not only Lebanon but the entire world. The explosion in the port of Beirut was the national trauma of the past year and has made the situation in the country many times worse.

The explosion took away everything we had within seconds.

According to official reports, 2,750 tonnes of ammonium nitrate exploded. The huge detonation triggered a shock wave that spread in a circular pattern at lightning speed, and, like the explosion of a nuclear bomb, a giant mushroom cloud of smoke rose over the port area. Nearly 200 people lost their lives and 6,500others were injured. Almost 100,000 buildings were destroyed and several hundred thousand people were left homeless in one fell swoop.

The detonation in the Lebanese capital is already considered one of the most severe non-nuclear explosions in human history. Beirut has now been devastated – and with the city, so too the entire country. Christian life in the capital has also been hit at the very core by the disaster. About 80% of the Christian district of Achrafieh was severely damaged by the explosion. The part of the Christian district closest to the port was virtually wiped from the face of the earth. Hundreds of Christian families have lost their homes and livelihoods. Numerous Catholic hospitals and medical facilities, as well as churches and monasteries, are in urgent need of repair.

With your help, we will rise from the rubble.

In the days following the explosion, ACN provided emergency aid of 250,000euros to help the 5,000 most severely affected families. Those left homeless were provided with food and basic necessities to alleviate the initial hardships. Just one month after the explosion, ACN representatives travelled to Beirut in order to work with local partners to identify key relief needs for the reconstruction of church buildings. ACN visited 23 sites, including churches, convents, monasteries and other church buildings that were severely affected by the blast. Through discussions with the bishops of various rites and denominations, our representatives were able to get an even more detailed picture of the destroyed infrastructure and the acute needs of the Christians.

The explosion on 4 August levelled almost everything in the entire port district. The Maronite Catholic Church, the largest local church in Lebanon, was also badly hit. But many buildings of other religious denominations, including Greek Catholic, Latin and Orthodox churches, were also badly damaged. Here too, ACN has already pledged assistance. The devastation was so severe that we have increased our aid budget for Lebanon by a further 5 million euros.

We were able to increase our aid to Lebanon by a further 5 million euros.

The first 16 reconstruction projects, totalling over 2.65 million euros, were approved soon afterwards. Among the projects our relief agency has pledged to support is the symbolic St Saviour’s Melkite Greek Catholic Church, built in 1890 and located at the “entrance” to the destroyed Christian quarter. Its reconstruction is an encouraging sign of hope for the Christian inhabitants. The Maronite St George’s Cathedral is also to be repaired. This cathedral is also an important symbol for Lebanese Christians that there is a future for them in this country. 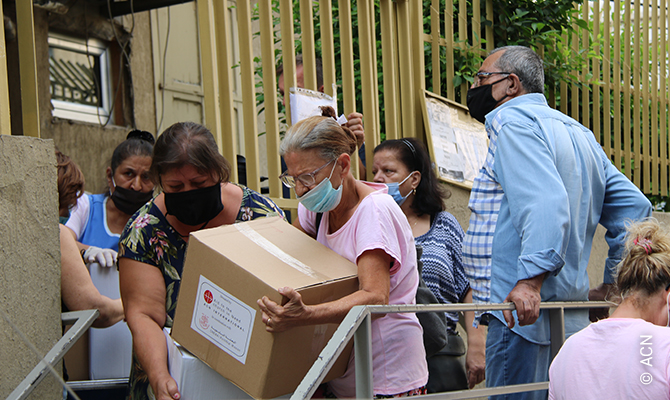 In 2020, our humanitarian aid for Syrian refugees in Lebanon also continued unabated. For example, we again supported the “John the Merciful Table” project with 700,000 euros, a facility in the town of Zahlé not far from the Syrian border that provides a hot meal every day to around 1,000 Syrian refugees, but increasingly also to local people in need. The project has been supported by ACN since 2015. Not only is the physical nourishment important, but people also experience comfort and human compassion through the staff. In addition, ACN again helped Syrian refugees in 2020 with funds to cover school fees and paid for the costs of necessary medical treatment.