“The war is not losing steam and after eight years there are scars that will never be erased” – says Father Halemba, the head of projects for the Middle East for Aid to the Church in Need with concern. Every military conflict is a catalyst to suffering for war torn countries, particularly areas where there are many children. Syria has no exception. The effects of these experiences are far beyond human capacity to deal with; this is the reason why ACN is determined to help those who suffer spiritually and mentally. The Good Samaritan workshops for post war trauma healing for Syrians is one of the initiatives supported by ACN. The courses are held at the Carmelite Sanctuary of the Holy Infant in Jounieh in Lebanon. “Time does not heal trauma – adds Fr. Halemba – this is why a person must be helped to express suffering and to confront bad memories. If we don’t help Syrian families and communities to recover, who will do it?”

“The suffering of war is not extinguishing”, states Father Andrzej Halemba, head of the Middle East Section of the Catholic Charity and Pontifical Foundation Aid to the Church in Need (ACN), “instead, its effects are growing like a tumour, the figures speak for themselves. According to the UN more than 13 million people in Syria need humanitarian assistance, half of whom are children. They are the most at risk as they face escalating threats of being permanently maimed by fighting, or emotionally scarred by all possible abuses including rape, forced marriages, slavery work, food scarcity and minimal access to health or education”.

According to his report after a recent trip to the country, “economic sanctions only worsen the situation, and in contrary to the declared objective, these sanctions punish civil society by limiting humanitarian activity in the war-torn country, where 6.6 million people have been internally displaced, and nearly 3 million are in hard-to-reach and besieged areas”.

Local Churches, thanks to international support, are playing a vital role in providing comprehensive relief services. “Christians in Syria are so humbly attempting to live at peace with their past. But many are spiritually and psychologically distressed and in desperate need to be supported,” says the polish priest. “Long-term exposure to war and post-war stress cause serious psychological consequences, it is universally true that horrific experiences are so deeply disturbing that they might even be overwhelming, especially for children. The trauma caused by the war implies dramatic behavioural changes leading to relationship problems, violence and other mental disorders. After all, a serious upsurge of post-conflict trauma was to be expected and this is what I hear about and witness when travelling to Syria.” PTSD is only one of the disorders in the wide spectrum of post-traumatic reactions.

“Time does not heal trauma,” insists Fr. Halemba. “This is why a person must be helped to express suffering and to confront bad memories. If we don’t help them who will do it?” reflects the priest and continues: “For this reason Aid to the Church in Need initiates this new project to support and guide towards healing people with psychological suffering especially the children. Due to the short supply and skyrocketing prices of medical services most people in Syria are unable to undergo any treatment at all.

The Good Samaritan course for trauma healing is carried out in cooperation with local Church partners and laity from other countries. This will not be one event, but a steadfast program, comprising weekly follow-up meetings combined with individual assistance and reinforced with refreshment sessions. The first session takes place 8-23 October 2018 in the Carmelite Sanctuary of Infant Jesus in Jounieh, in Lebanon, held especially for the clergy and laity, who will run the project in Syria afterwards.

A recent report by Unicef revealed that 2017 was the worst year of the war for young Syrians, with 910 killed. According to this report most children had experienced shelling nearby, they are traumatized by sorrow, extreme nightmares, and daily flashbacks of the horrific events, fear, insecurity and bitterness. Around 50 per cent had been shot at by snipers, and 66 per cent had been in a situation where they thought they would die. Almost one child in four has been wounded in the conflict. The number of orphans has greatly increased. The “lost generation” of those, are below 15 years of age, and have never been to school and are illiterate. Many of them are in a state of depression and attempt suicide. Child deaths soared by 50% last year and the number of young soldiers tripling since 2015.

Father Halemba stresses, ACN will do its best to encourage projects, which offer to the children and youth of Syria, an opportunity for hope, both literally and mentally and through sponsorship of: spiritual summer camps, family retreat, summer clubs programs, regional youth days etc. “For many of them it is for the first time in their life they have ever attended such youth events”. 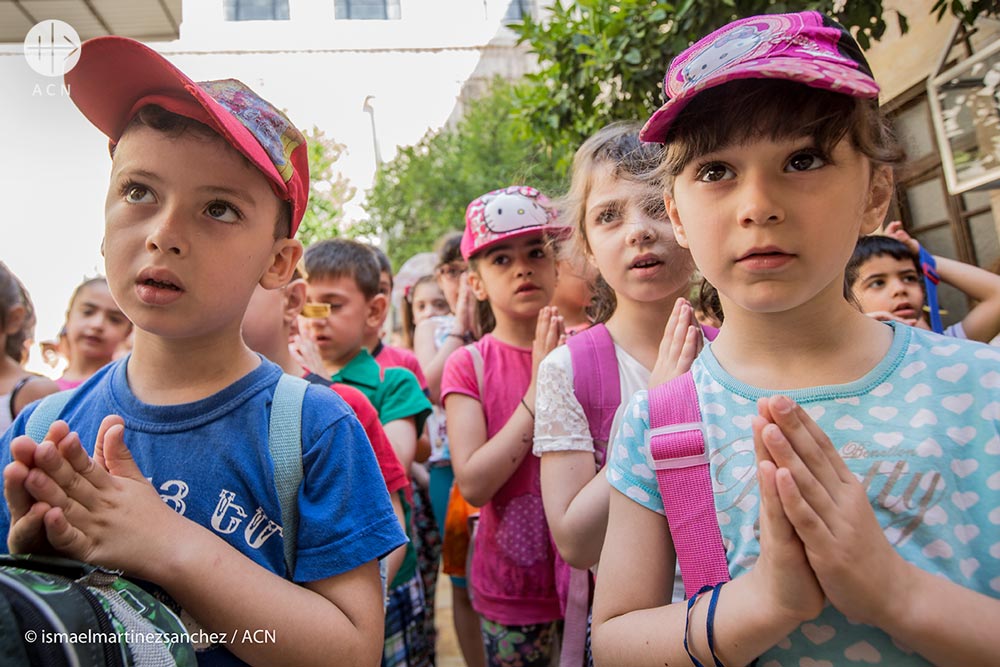 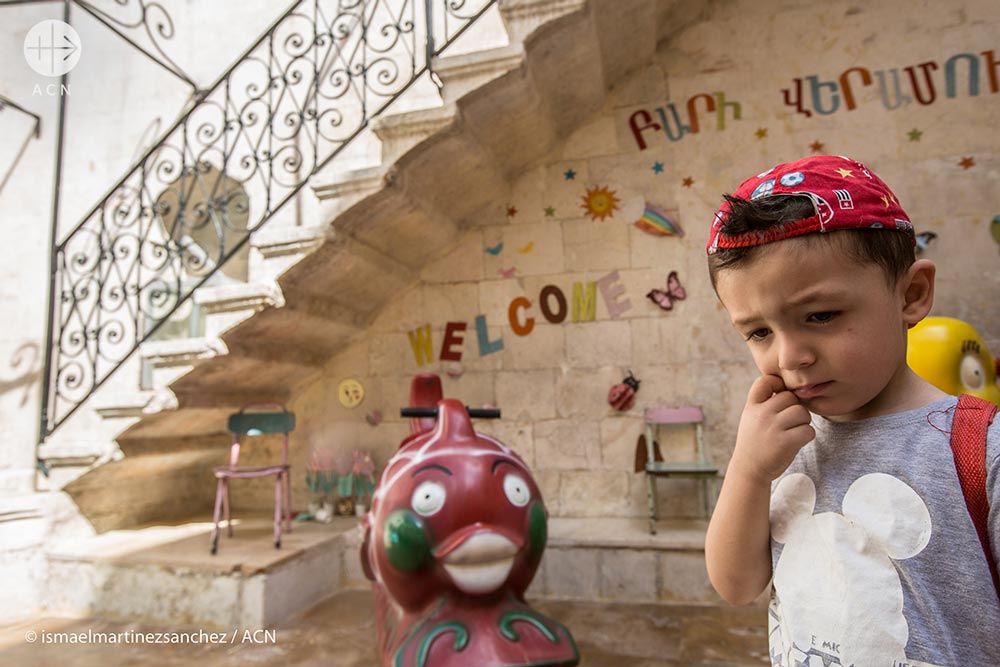 The “Good Samaritan course for trauma healing project” is another initiative of the Catholic Charity and Pontifical Foundation Aid to the Church in Need (ACN) supports the local Churches in assisting those suffering in Syria. In addition to the therapeutic effect, ACN hopes that the study on trauma exposure and post-traumatic stress disorder will be indicative to further strategy and to break ground for humanitarian organisations specialised in this field.

It has been 8 long years since the beginning of the war in Syria, ACN benefactors have so kindly supported our poor and persecuted brothers and sisters with more than 28 million dollars.