In the two southernmost countries of Latin America, the church has experienced difficult times for several years. Argentina is still suffering from reforms, which have aggravated the economic situation of the local churches. In Chile, on the other hand, the church faces hostile public opinion. 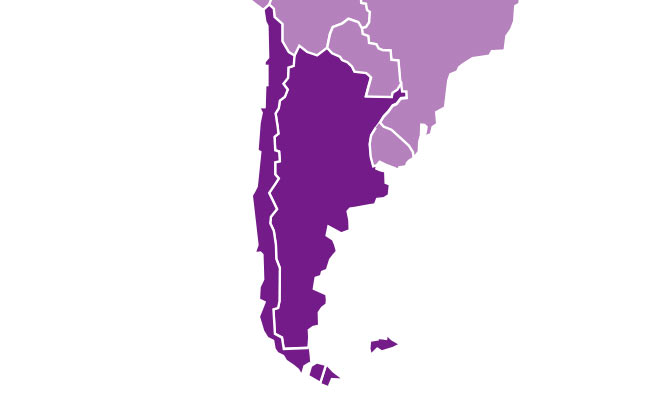 The clergy of the Argentinian Church have financial worries. The economic reforms and cost-cutting measures of the state budget have dramatically worsened poverty in the country. So it came as no surprise that we received a significantly increased number of project applications from Argentina in 2017.

»The faithful in Chile hoped the Pope’s visit in January 2018 would be a new turning point.«

Meanwhile, the Chilean Church has been confronted with increased arson attacks and vandalism of church buildings. This has resulted from the loss of trust due to the inadequate handling of abuse scandals, along with particularly rapid secularisation among the population and ongoing conflicts in the Araucanía Region inhabited by the Mapuche indigenous
people.

The announcement of the Pope’s visit sparked great anticipation in the student pastoral care centre of the Catholic University of Chile. In 2015, the university’s pastoral care centre launched the campaign “Capilla País” (“Chapels for the Country”), which has since been joined by hundreds of students each year during their summer term break. They split into groups and visit particularly poor parishes, where they build simple, timber-framed chapels with local Christians and promote community life through educational and recreational activities.

Their vision was to build 50 chapels before Pope Francis’ arrival. Thanks to the aid of our benefactors, the students succeeded in completing the last 18 chapels between Coquimbo in the north and Puerto Montt in the south in 2017.