The majority of people in the former British colony of Kenya today professes the Christian faith. For several years, however, the country has been terrorised by the Islamic fundamentalist Al-Shabaab militia, which originated in Somalia. In regions where the Church is subject to attacks by Muslims, the preservation of the ecclesiastical structures is of paramount importance. ACN supports the Church locally with numerous aid measures. 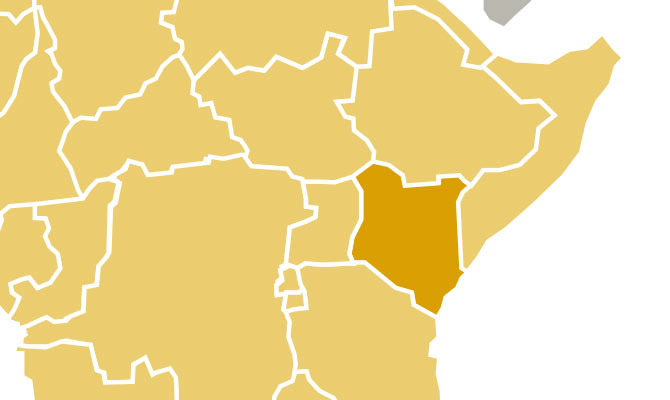 In 2016, there were several terrorist attacks in Kenya by radical Islamic fundamentalists, such as an attack on a hotel in Mandera, which claimed 12 deaths. In regions where a radical form of Islam is growing despite the presence of a Muslim minority, we are trying to increase the presence of pastoral workers on the ground through our aid projects. Additionally, we are reinforcing the presence of the Church as a home to the faithful – one that offers protection and personal empowerment.

In order to counteract the radical missionary zeal of certain islamist groups, we primarily support projects that are vitally important in strengthening to spiritual identity and the theological formation of priests, such as retreats for seminary trainers and bishops.

The formation of the laity is to be aided by catechesis, with publications such as children’s Bibles, adult catechisms and print works from the YOUCAT Foundation as supporting measures.

Strengthening the family is also on our funding list. For example, we support projects in the areas of family pastoral care, pro-life measures, natural family planning and youth ministry. In addition, we help to organise events such as youth rallies, in order to inspire young people for the diversity and beauty of the Christian faith.