With some 38 million inhabitants, Algeria is the largest country in Africa today in terms of territory. About 99 % of the population professes its faith to Islam. The Catholic Christians are primarily made up of converted Algerians and foreigners living in Algeria. Due to the extreme minority status of the Christians, the promotion of interreligious exchange with Algerian youths continued to be the focus of our activities. 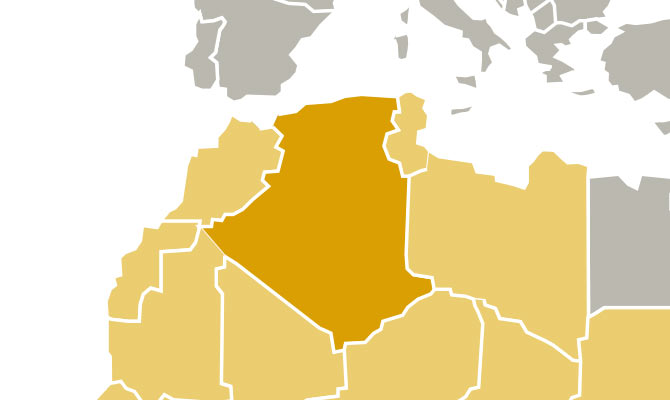 In North African countries such as Algeria, we support initiatives that particularly demonstrate to the younger population of the Christian minority what it means to be a member of the Church. For instance, we financed the participation of 30 young people at the World Youth Day with Pope Francis in Krakow, Poland in July 2016.

» Faith is perhaps the most important anchor for Africa’s young generation. «

For a number of years, we have also been supporting the Université d’été, a summer academy in Ifrane, Morocco. A bishop told us quite enthusiastically: “With this project, you can really reach Africa as a whole, because our students come from all the African countries. The summer academy gives young people the chance to become more anchored in their faith.”