For decades, ACN has been committed to supporting the Church in need in the countries of Eastern Europe. The Church there still faces great challenges. Whether it is the weak state of the economy, efforts to recover expropriated buildings or the critical lack of personnel in the Church, atheistic communism left a huge vacuum in society and people seek orientation. This means there is an enormous need for pastoral care, counselling and guidance. This applies equally to the refugees in Western Europe. Therefore, ACN’s first priority is to promote the education and training of priests, religious and the laity. 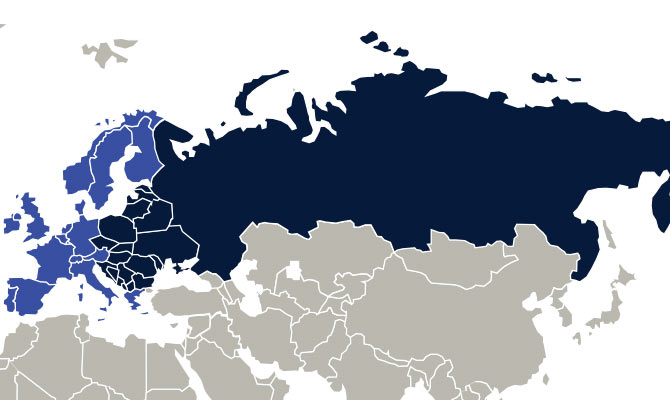 Even though many found it hard to believe, ACN’s founder, Father Werenfried van Straaten, was convinced of the approaching end of communism long before the Fall of the Wall and actively planned for this day. The 30th anniversary of the fall of the Wall in 2019 was therefore also an occasion of great joy for ACN, because political change in the former Eastern bloc countries meant the regaining of religious freedom – just as Father Werenfried had hoped for. Much has already been set up and put in motion in local churches over the past decades – not least as a result of the aid provided by our foundation. In this way, ACN has supported the interests of the Church in Eastern Europe with approximately 500 million euros since the Fall of the Wall.

Since the Fall of the Wall, we have supported the Church in Eastern Europe with half a billion euros.

Especially in Eastern European countries where the Catholic Church is in the minority, the local churches continue to depend on foreign aid. ACN not only supports the education and training of priests, but also supports urgent renovation and construction work on church buildings that were once expropriated by the communists. In this way, we are making an important contribution to the restoration of a well-functioning infrastructure for the local churches.

In addition, we help priests and nuns who care for people in large areas by providing vehicles. But we also continue to be active in Western Europe. Here, ACN is particularly involved in the pastoral care of refugees and supports initiatives for the formation of faith.