Along with Nicaragua, Guatemala, El Salvador and Honduras are among the poorest countries in Central America. ACN’s focus in these countries is on helping the young people whose lives are often marked by violence and a lack of future prospects. Thousands of adolescents have died here in recent years solely as a result of the violence instigated by the drug mafia. 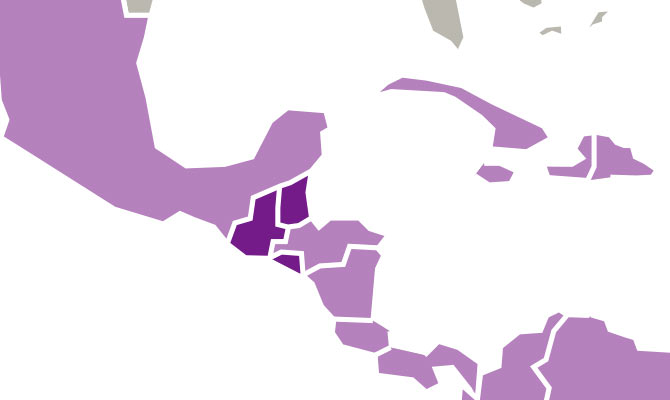 The power, arbitrariness and violence of the drug cartels is one of the biggest problems in Central America. The victims are often underage youths, who usually come from the poorest of circumstances and can quickly get caught up in the spiral of drug-related crime. In January 2019, Panama will become the first Central American country to host a World Youth Day with Pope Francis. ACN considers this event to be an opportunity to dedicate itself to the endangered youth of Central America.

»Many young people in Central America are victims of an undeclared war between the drug cartels.«

Through pastoral evangelisation programmes, we help the local churches in Guatemala, El Salvador and Honduras to protect young people from violence, exploitation and life-threatening danger. On our visit to a church reception centre for migrants in Mexico, a youth from Honduras told us: “I’m doing well, because here I feel that my life is worth something. At home, my life was worth nothing.”