West African Benin has about 11 million inhabitants. While the north of the country is predominantly Muslim, the south is mainly inhabited by followers of traditional African religions and Christians, who often suffer from bitter poverty. ACN is active throughout Benin with aid projects to strengthen the presence of the Church and support the formation of faith. 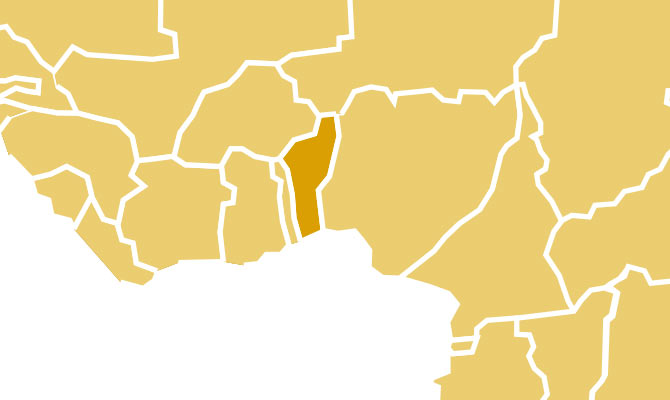 Where the Church has too little presence, Christians can easily come under the influence of other faiths. This is true in Benin. In the south of the country, superstition is widespread – many practice Voodoo. The deepening of the Christian faith has a special role to play here. The training of priests is therefore the top priority for the local Church.

»For the faithful, a chapel is just as important as a hospital.«

In order to better reach the faithful, songs and illustrated books are needed which translate the Gospel into the local language and culture. ACN primarily supports local churches in the formation of priests and in pastoral care for couples and families. In addition, the Church infrastructure is also being financed, as “worthy” chapels are of enormous importance and often just as important for people as a hospital.

The work of sisters is also indispensable for the people of Benin, especially for children. The sisters take loving care of unwanted, sick and orphaned children, but also of handicapped or “bewitched” children who are often abandoned or killed by relatives. The presence of sisters in the villages alone usually prevents children from being killed, because mothers turn directly to them with their problems. At the request of the bishops, ACN supports the sisters so that they can carry out activities in as many places as possible.