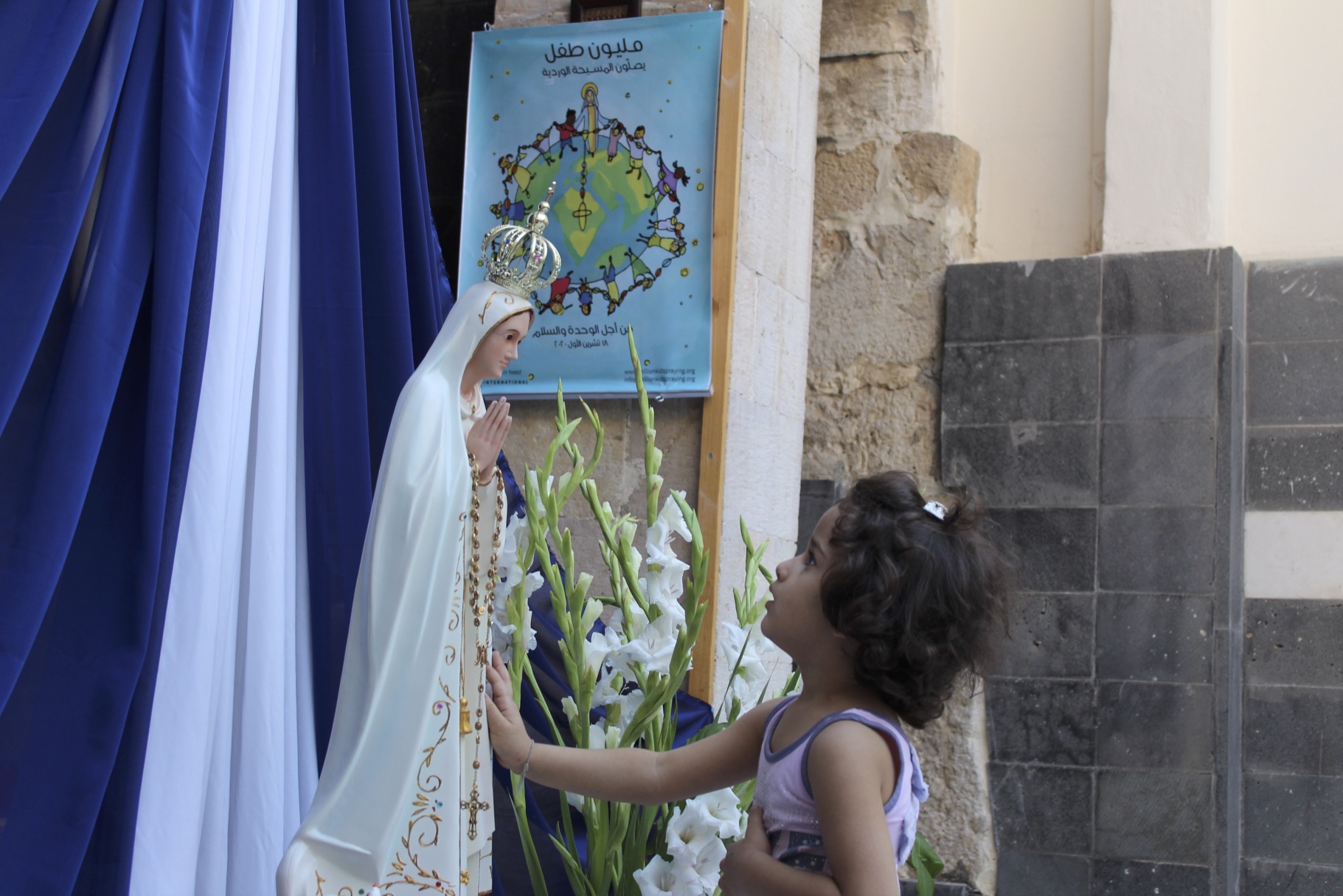 “One Million Children Praying the Rosary”

Responding to the appeal by Pope Francis, who invited all children to join this initiative, children from no fewer than 136 different countries and on every continent took part in the most recent annual initiative of “One Million Children Praying the Rosary”, sponsored by the international pontifical foundation Aid to the Church in Need (ACN International) which took place on the 18th and 19th of October 2020. “This year’s involvement marks a historical record since the beginning of the initiative in 2005”, stated Father Martin Barta, the Ecclesiastical Assistant of ACN International.

According to information received by ACN, Poland and Mexico were the two countries where most people joined the campaign with their prayer groups, catechism classes and families. They were followed by Slovakia, India and the Philippines.

The aim of the initiative is to pray for peace and unity throughout the world. This was the principal focus of the prayers of the children in Maiduguri, in northeast Nigeria, an area that has suffered greatly from the attacks by Boko Haram. As they prayed, the children held up their own messages and drawings, praying for an end to the violence and for all persecuted Christians.

PRAYING FOR ALL PERSECUTED CHRISTIANS

This was also the principal prayer of the 517 children who joined in from Armenia, a country that is engulfed in war at the moment.

From Minsk, the capital of Belarus, another country afflicted by violence and unrest, the children also joined in this worldwide prayer for peace and unity. Archbishop Tadeusz Kondrusiewicz of Minsk, who currently finds himself exiled from his country, having been blocked from returning by the government, was unable to join in the prayers in person told us of how he managed to do so via the Internet.

THE CHILDREN JOINED THIS WORLDWIDE PRAYER FOR PEACE AND UNITY

A large group of children from the Plains of Nineveh in Iraq gathered in front of the statue of the Virgin Mary in the town of Telskuf. They also prayed the rosary for peace in the world, for all suffering people and for an end to the coronavirus pandemic. All the way in Nicaragua too, the suffering of the victims of the pandemic was an intention of the rosary prayed there from the monastery of the Albertinian monks in Estelí, in the northwest of the country. Just a few weeks before, the founder of the congregation died from Covid-19.

Due to the pandemic, affecting so many people worldwide, the children in some countries were unable to gather in large groups, so they prayed in their families. “We have seen wonderful videos of children in Beirut, Lebanon and in Carúpano (Venezuela), where the children were praying in their own homes”, said Father Martin Barta. 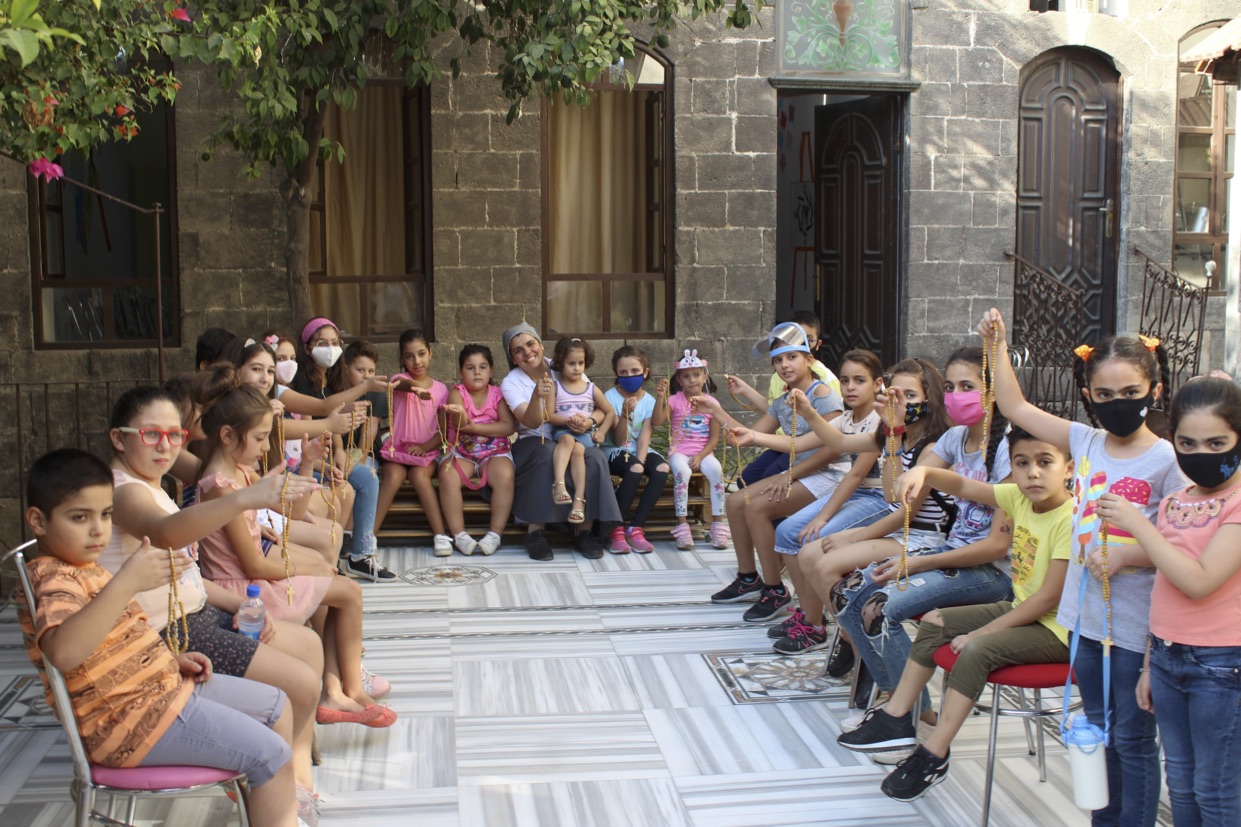 In Europe, hundreds of schools all over Spain, as well as Britain and in Slovakia supported the initiative. Meanwhile, in Asia, South Korean children at the diocesan school in the capital Seoul joined in to pray the rosary on the 22nd of October, since they were unable to participate earlier due to government healthcare restrictions.

One of the most symbolic moments of the campaign was the rosary prayed by children in front of the shrine of Fatima in Portugal. This prayer, transmitted live on many different Catholic channels, enabled thousands throughout the world to unite themselves spiritually with this initiative. 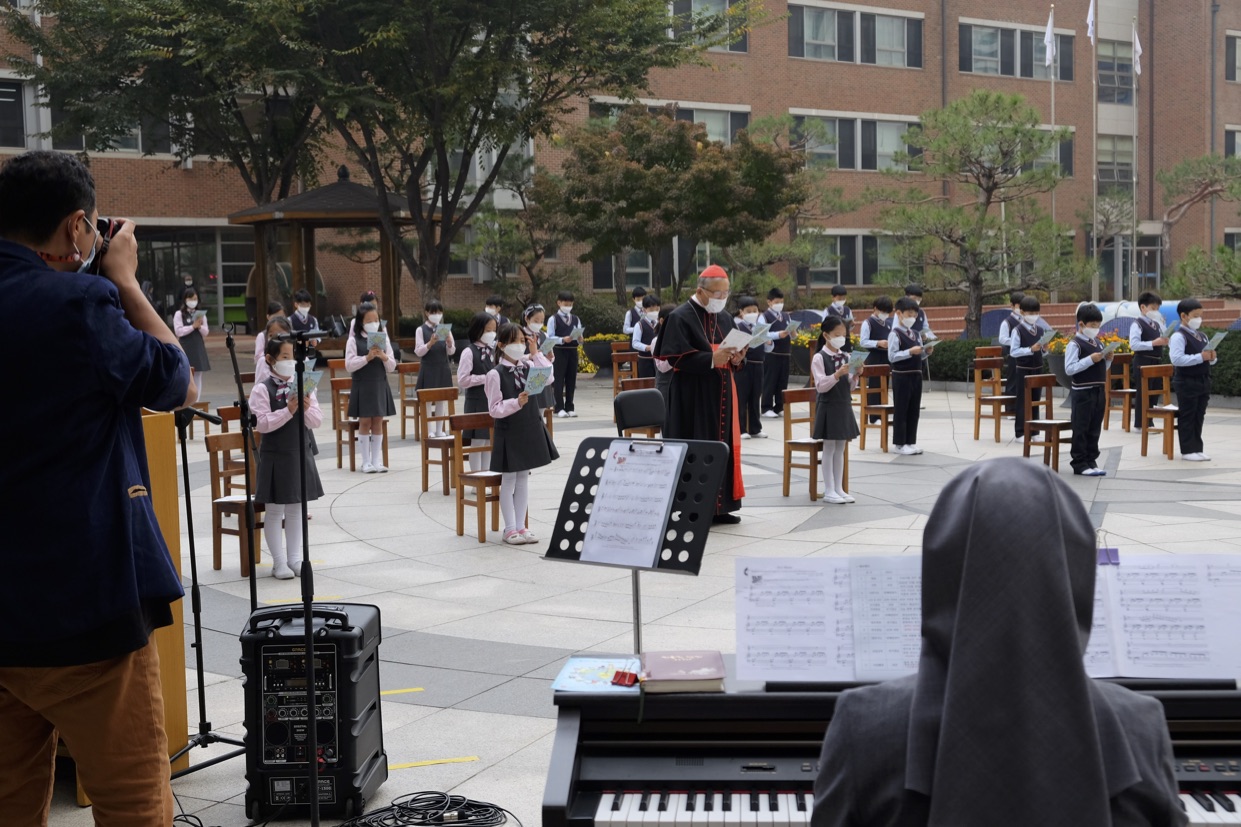 “We have received hundreds of testimonies from every continent, and we are delighted with the high participation.
The initiative has been a real success; it has taken on a life of its own and we have seen through the social networks how many people were invited to join in by friends, their local parishes or dioceses,” stated Father Martin Barta.

© Copyright – ACN Aid to the Church in Need

We use cookies on our website to give you the most relevant experience by remembering your preferences and repeat visits. By clicking “Accept”, you consent to the use of ALL the cookies. However you may visit Cookie Settings to provide a controlled consent.
Cookie settingsACCEPT
Manage consent

Other uncategorized cookies are those that are being analyzed and have not been classified into a category as yet.